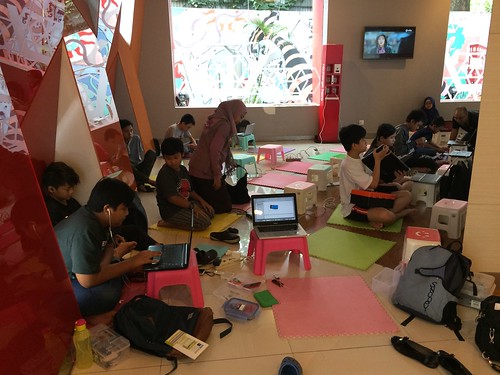 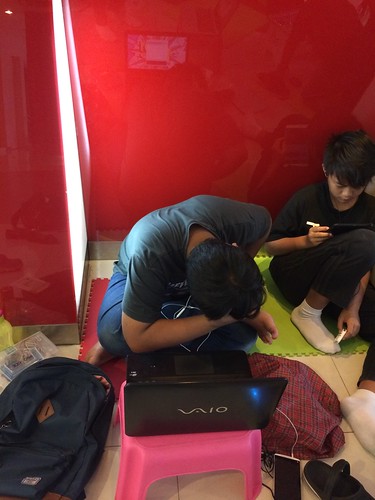 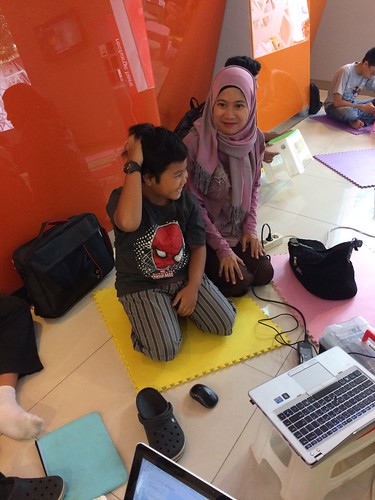 This is what Nafis was working on 😀 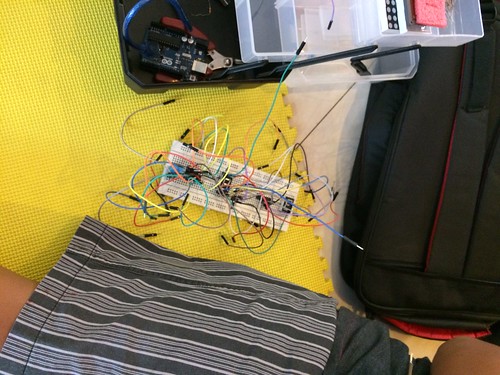 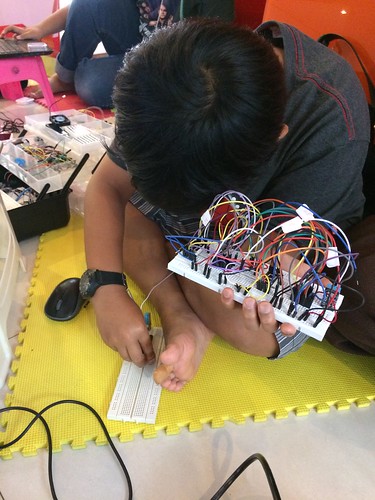 Clarence! Came with LOTS of ideas 🙂 Today he explored his new TFT LCD with ESPectro 🙂 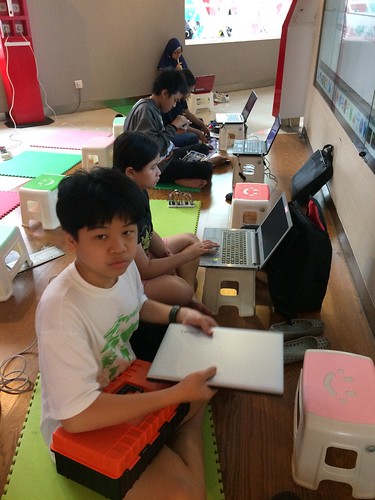 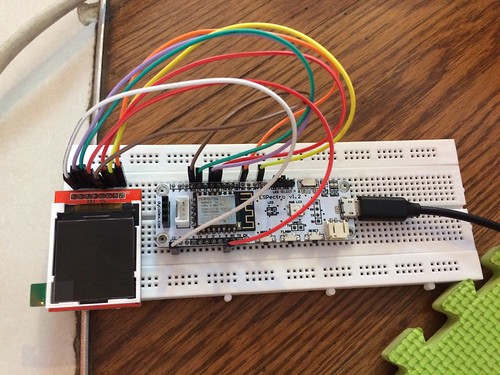 Clarence tried every library and example he found, and modified them to see what happen 🙂 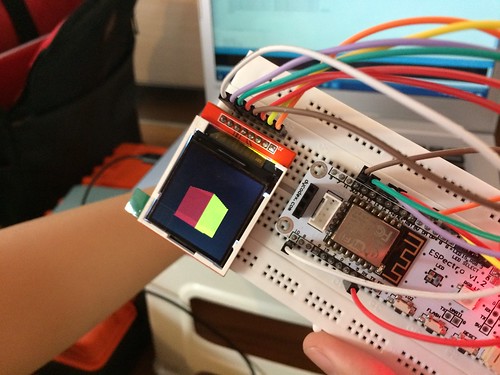 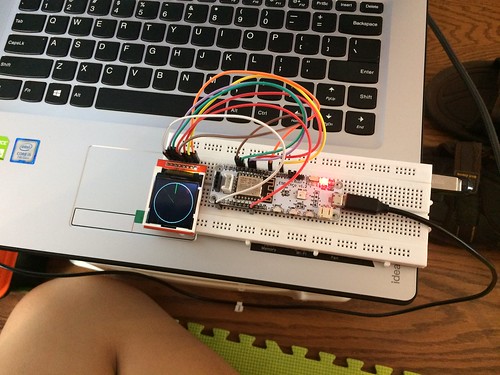 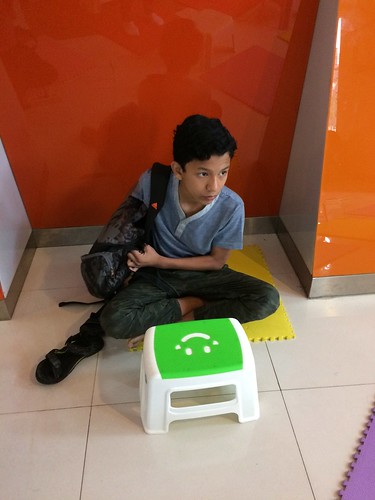 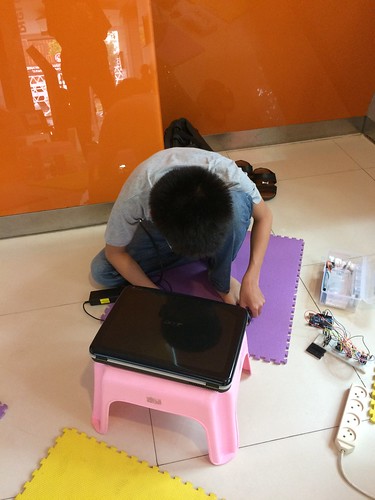 After struggling with overheated temperature sensors, and the not-showing-the-value seven segments 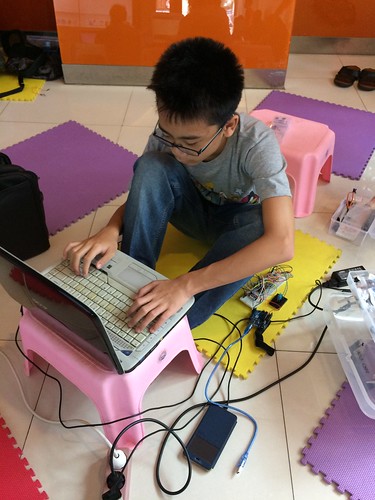 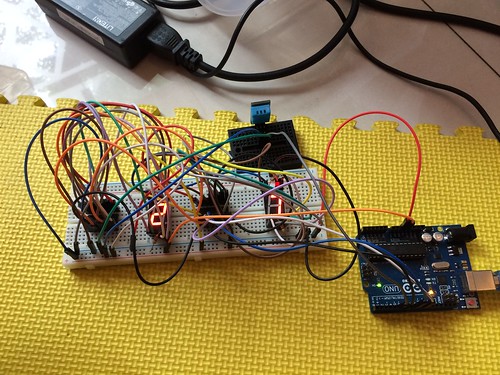 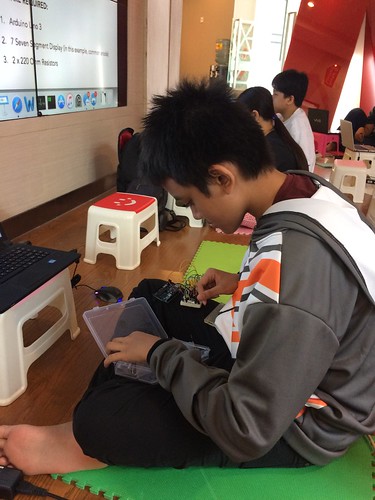 Raul’s schematic might still not working properly, but the code was. We connected his code to a ready schematic and it worked correctly 🙂 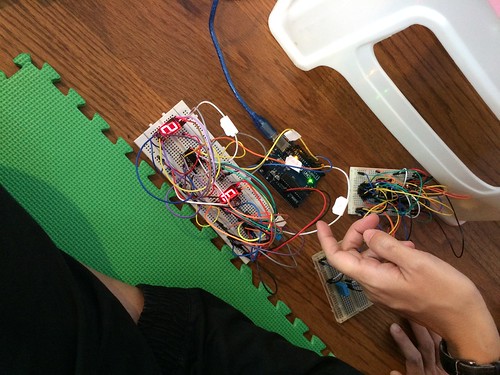 Aaand, we had a new student today 🙂 His name is Koosha 🙂 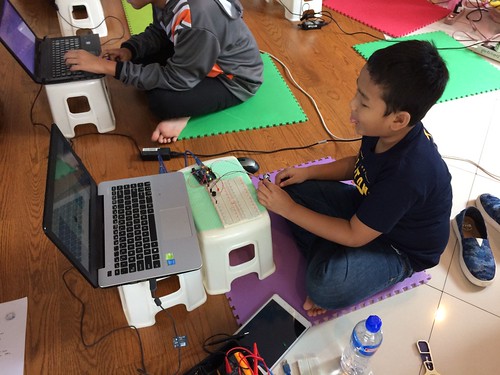 He already had a super complete toolbox, and he already understands LOTS of things 🙂 He’s been learning by himself via YouTube but his father said he needs to be guided to the right direction so here he was in ProCodeCG Class 😉 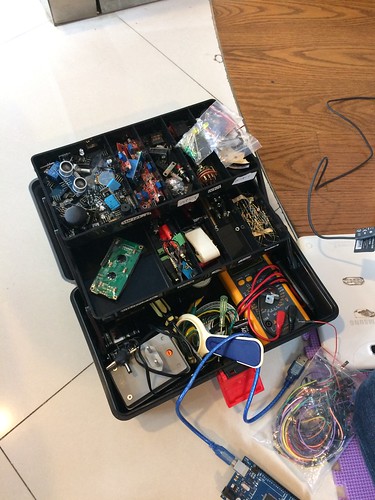 Koosha started with multiple function button and then moved on to ultrasonic and buzzer. Later he add LED to the schematic and tried the ultrasonic piano 🙂 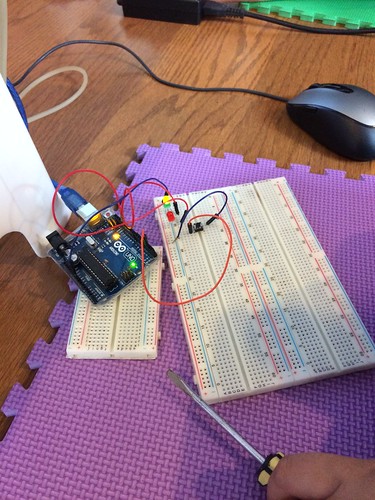