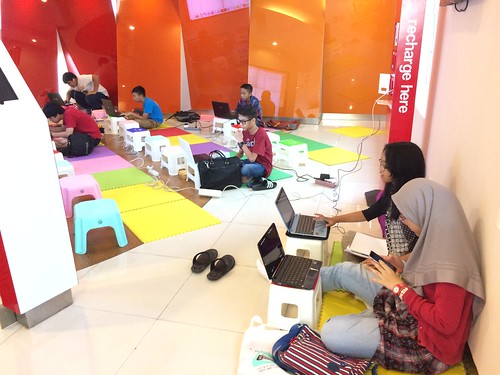 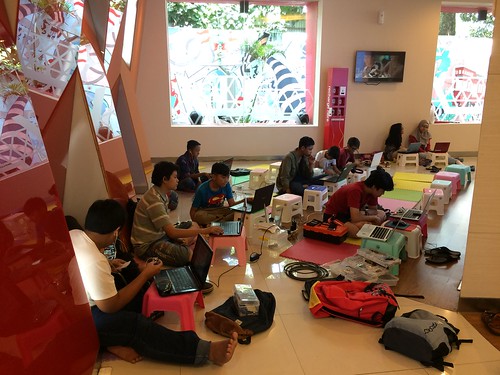 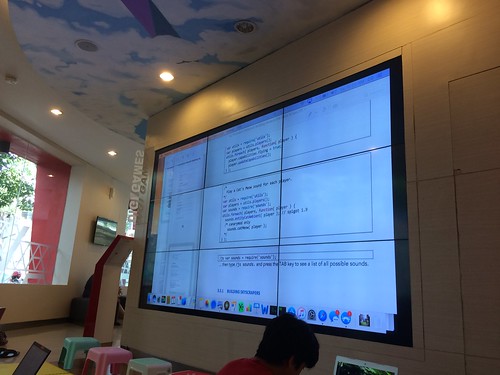 Clarence came with lots of progress 🙂 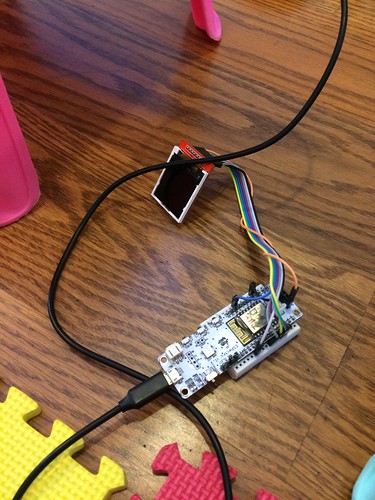 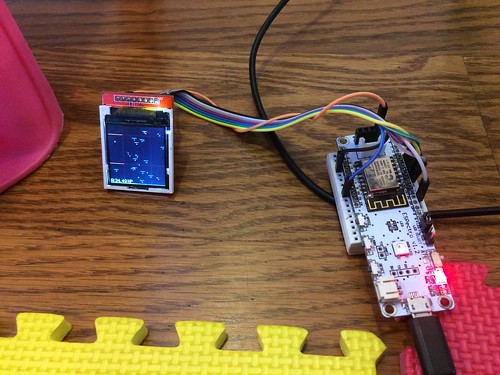 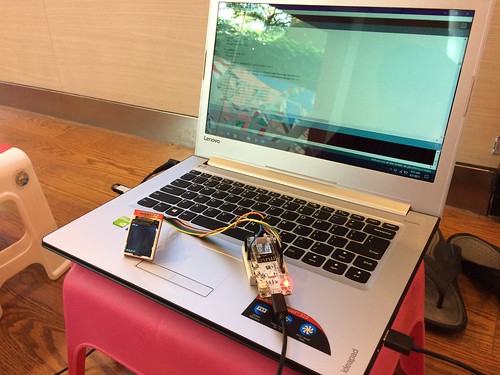 Clarence can sit all day all night to do this, his parents always have a hard time picking him up because he would just sit and work until someone drag the table and the carpet he sits on 😀 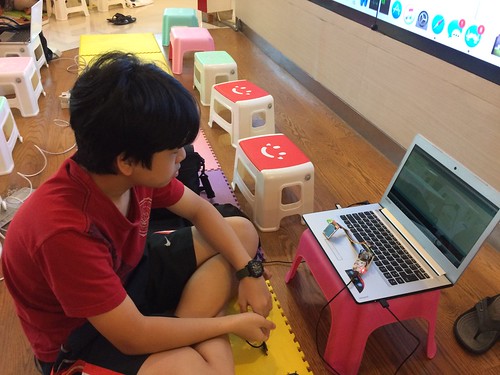 Hello Ozan, one of the awkward poses we get each time we take his pic because he didn’t like to be in a pic 😀 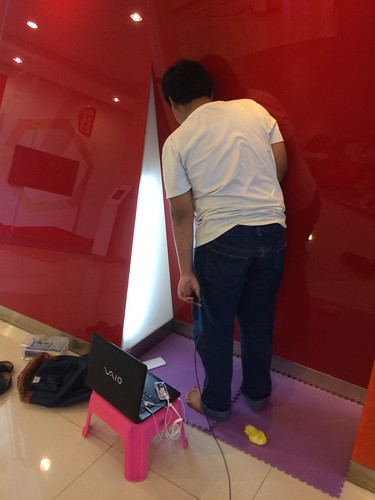 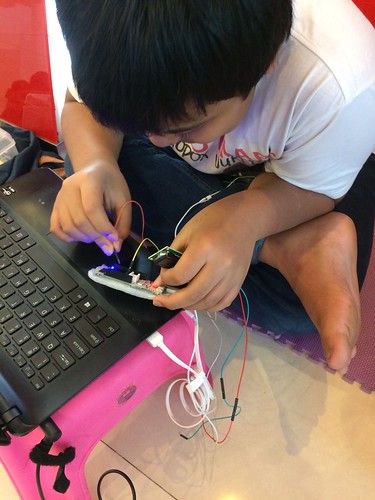 One is showing a smiley face on the LCD 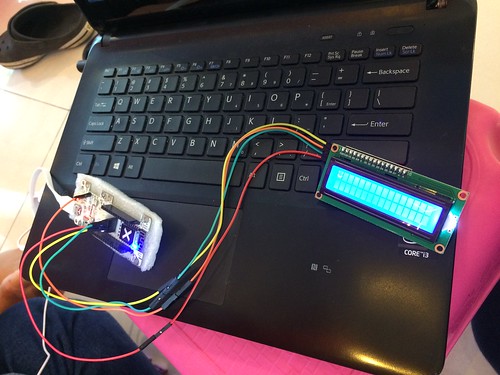 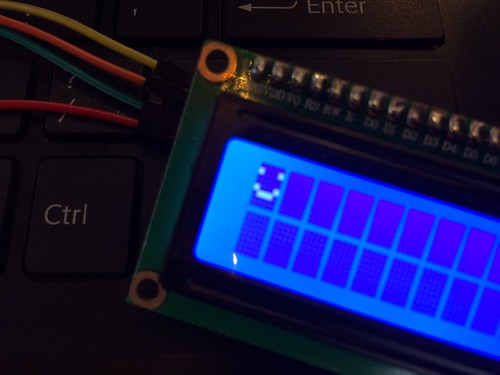 And the other one is to show custom chars 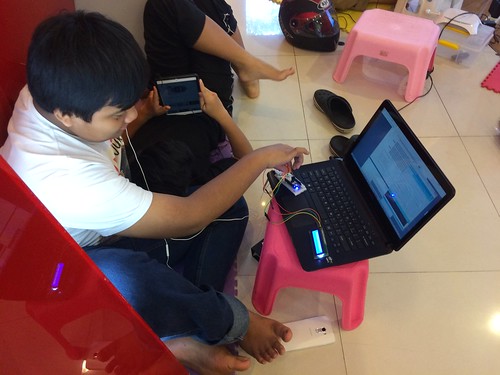 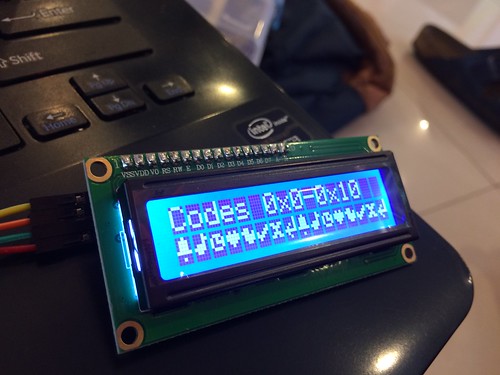 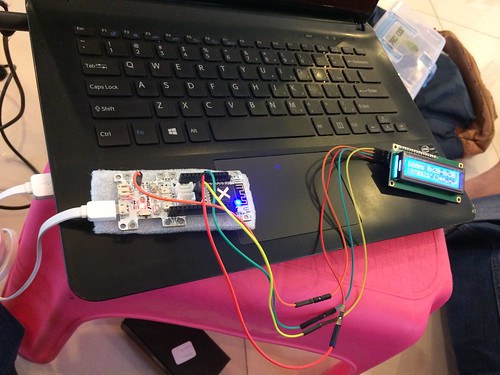 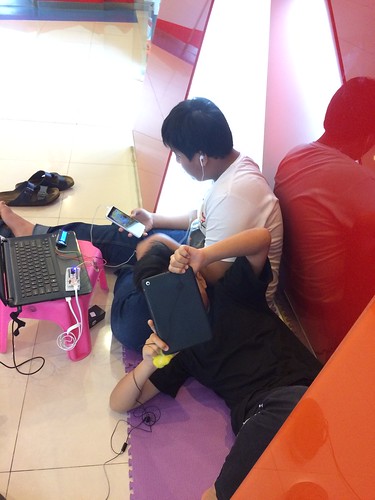 Rezky was still struggling with ESPectro installment and setting up 🙂 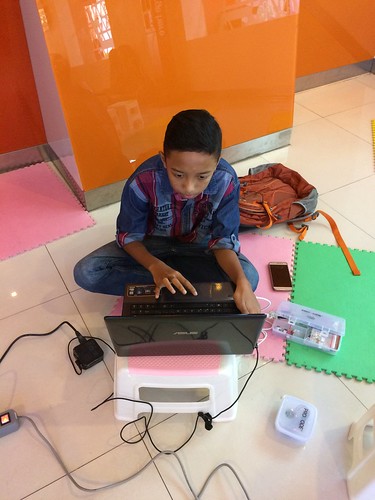 Painful at the beginning but worth it in the end 🙂 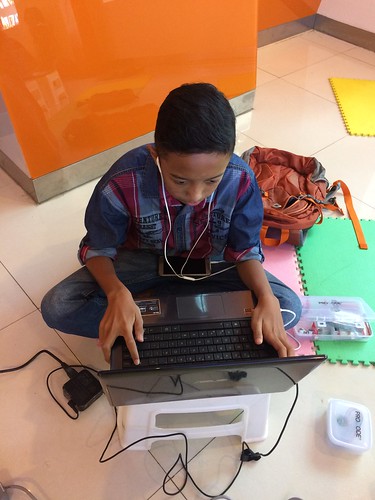 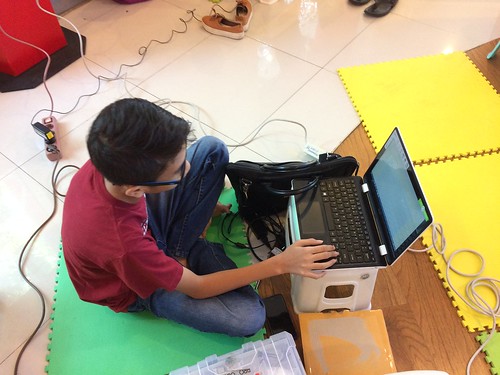 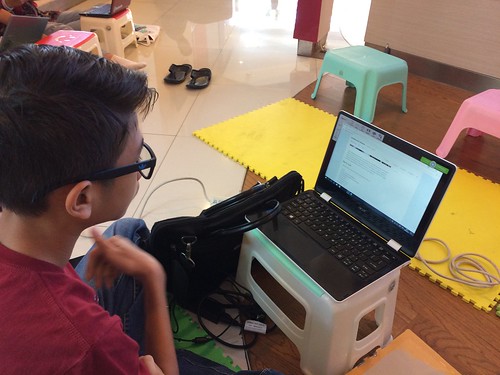 We had to shop some more components 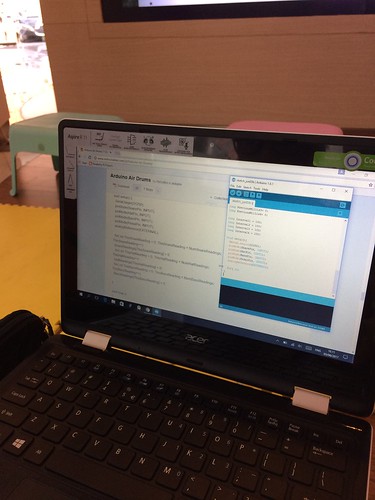 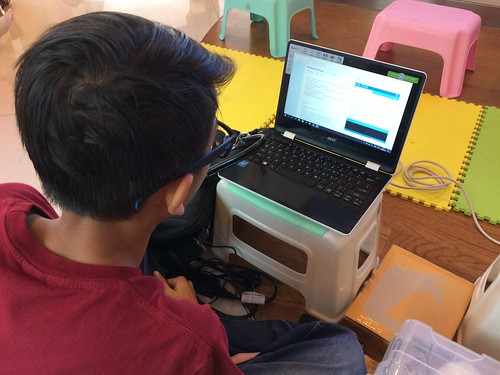 Malik had finished typing all the code with no errors. Once we get the components, we can start to build it 🙂 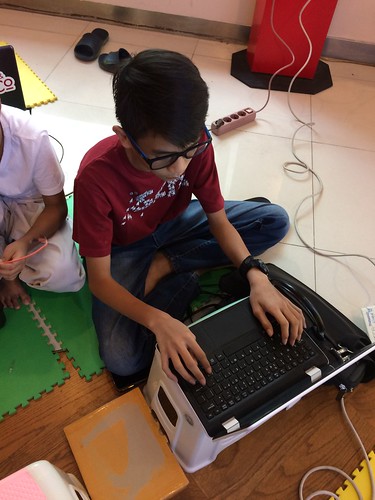 Rezvan, Malik’s little brother, came to the class after his taekwondo class 🙂 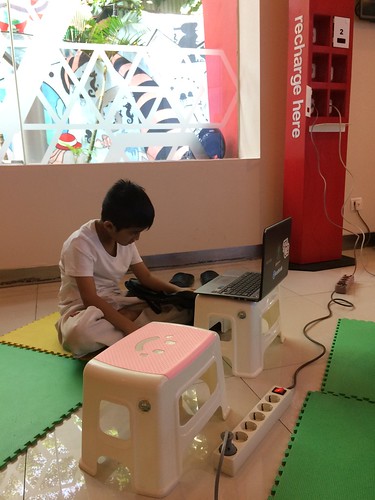 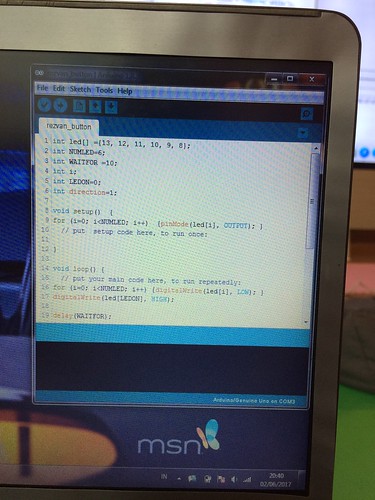 Rezvan with Malik’s toolbox 🙂 Looking for resistors with correct values 🙂 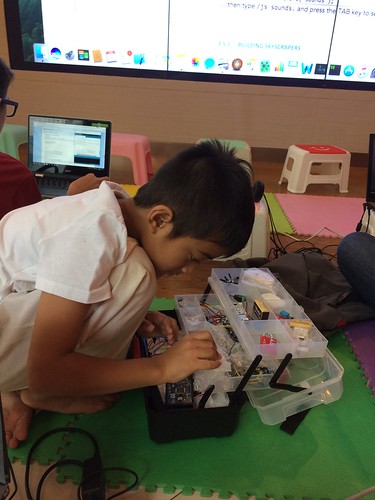 Rezvan was going to test an RGB LED 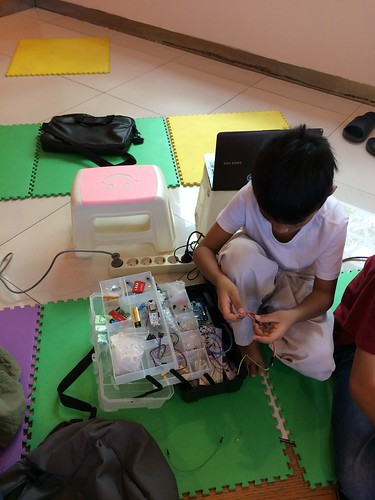 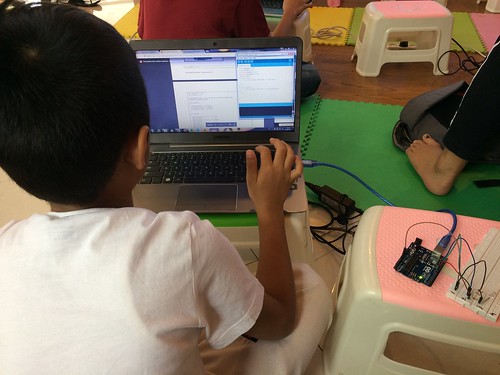 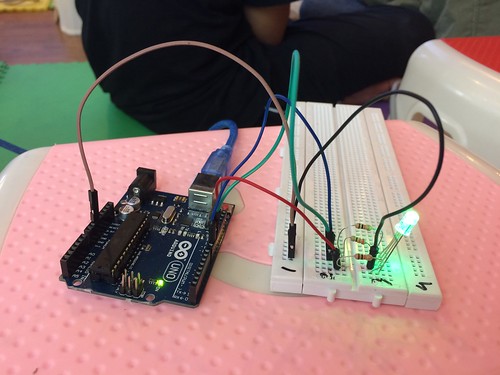