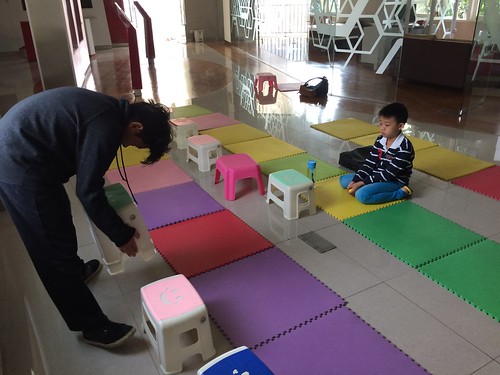 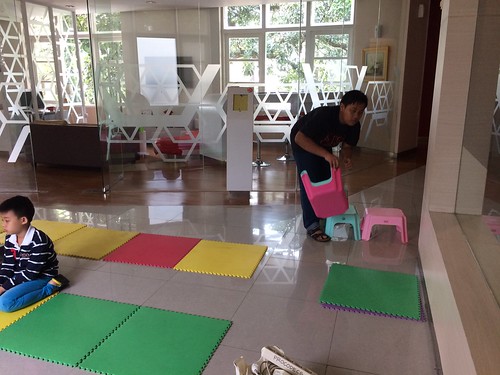 Ozan continued working on adding buzzer to his ultrasonic counter 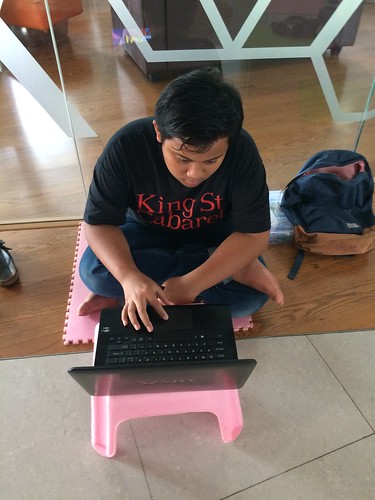 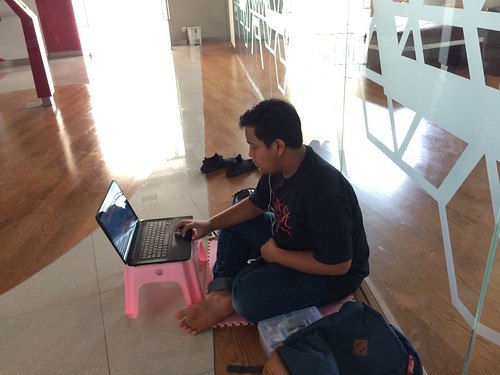 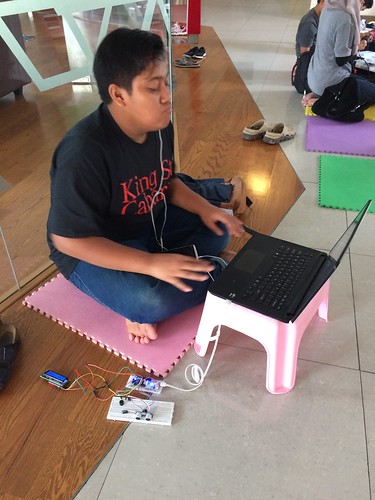 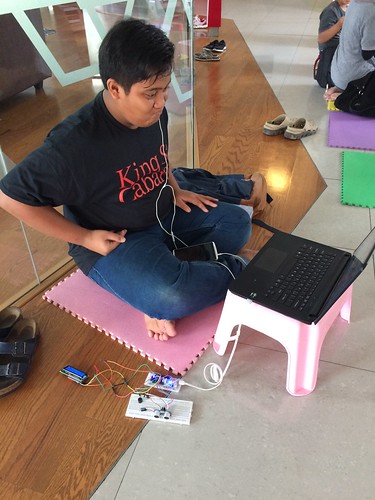 Took a lot of effort because the same problem occur: the ultrasonic counter doesn’t work with buzzer added 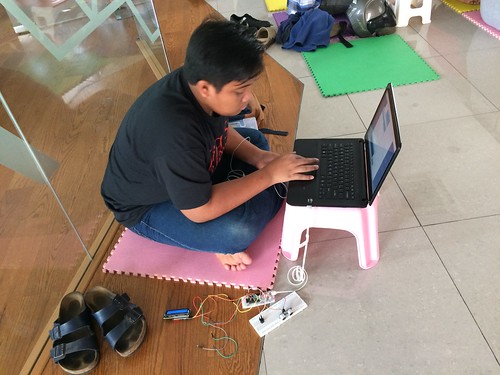 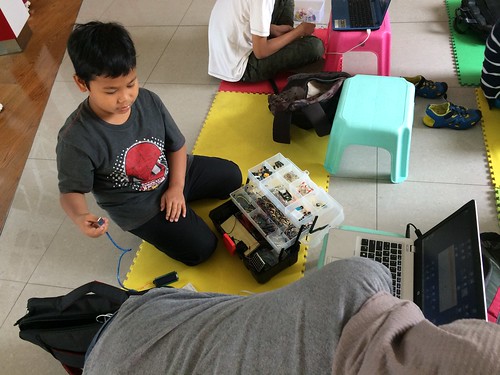 And Nafis agree to start it all over again and add the components one by one, using ESPectro 🙂 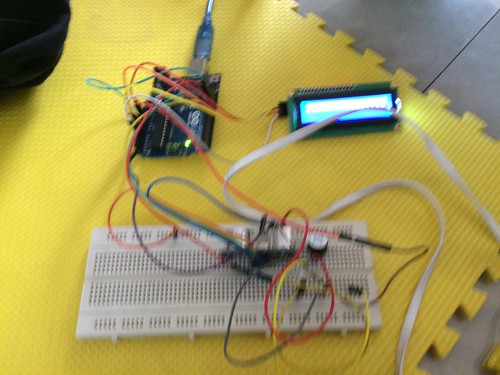 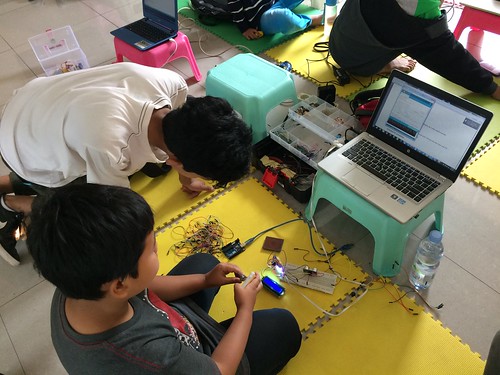 And after the ESPectro shut down for several times due to wrong polarity, it finally worked 😀 but not yet with buzzer and LED 🙂 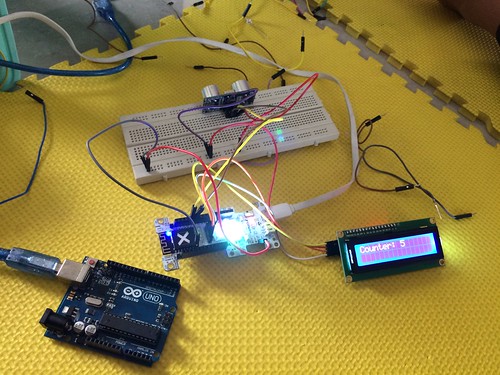 The most mysterious thing is that Reza’s wouldn’t work 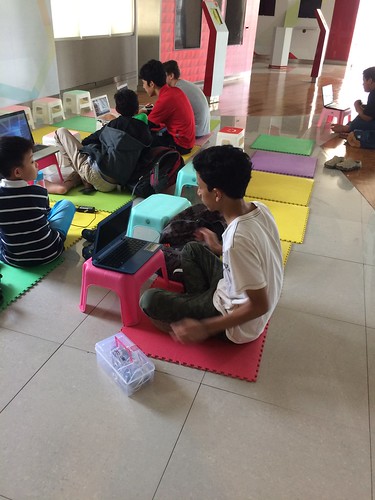 It took Reza hours to debug 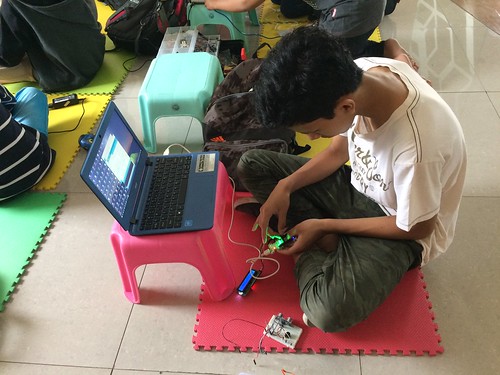 He changes the components to find the problem 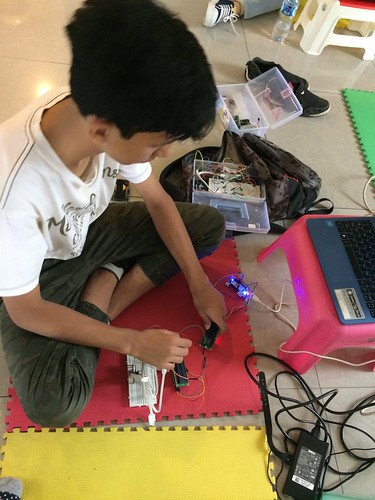 Still didn’t work, so we decide to take Ozan’s to be tested on Reza’s code 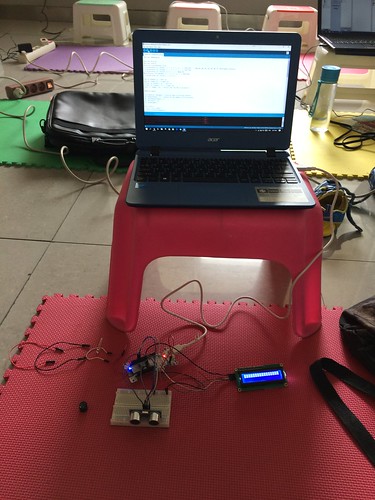 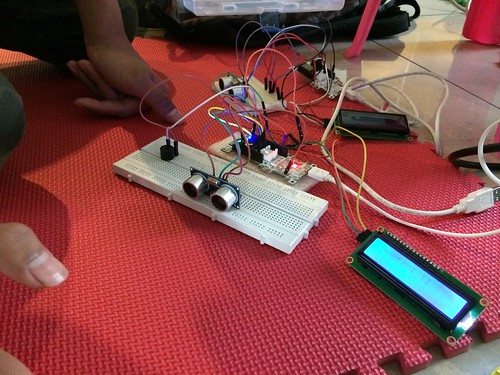 We’re still curious to find out why Reza’s didn’t work (but at least he has a code that worked well). Reza is a very persistence kid. Won’t stop until it’s done 🙂 Now to buzzer will beep when the count reaches 20 🙂 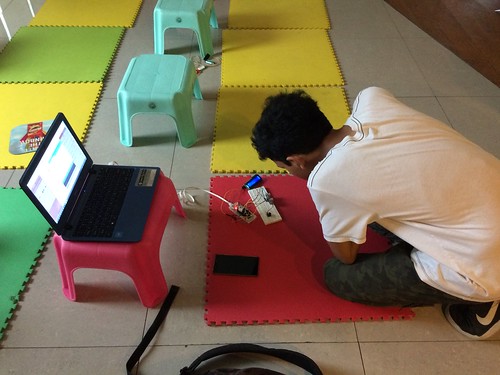 Next week we will add LED to it 🙂 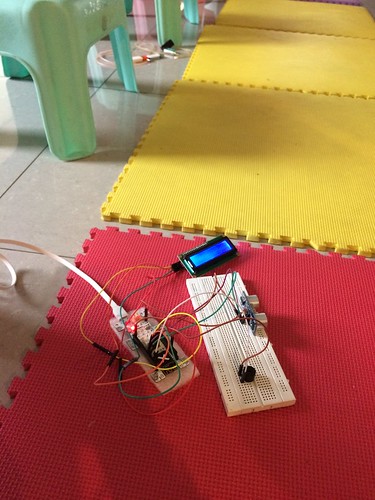