In several weeks we will move on to a more advance development board: Espectro 🙂 While waiting for Espectro mass production, we will use the last few weeks exploring Arduino before we start to connect to cloud via wifi and create IoT stuff 🙂 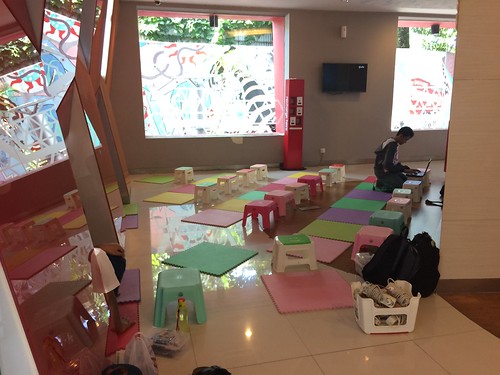 Like usual, it took some time for kids to come, probably because it is Saturday 🙂 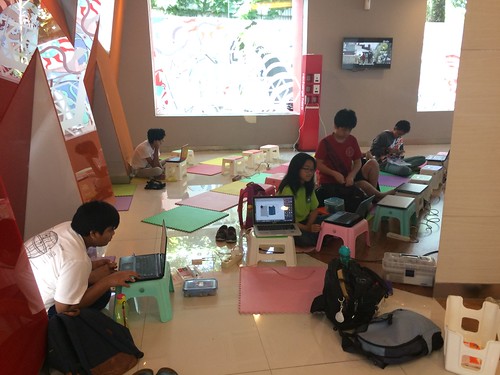 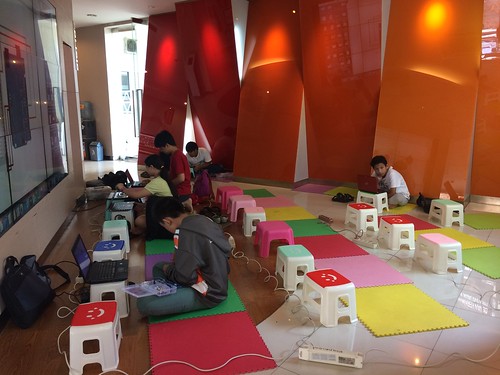 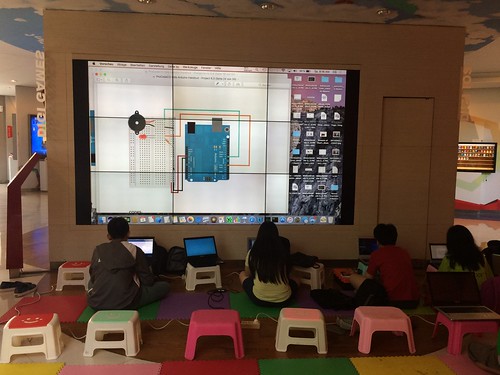 All is ok as far as we got Capt. Reza on duty 😉 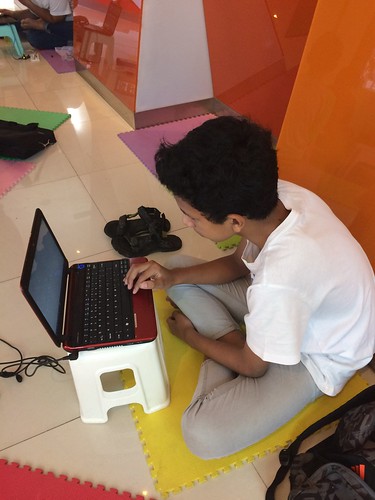 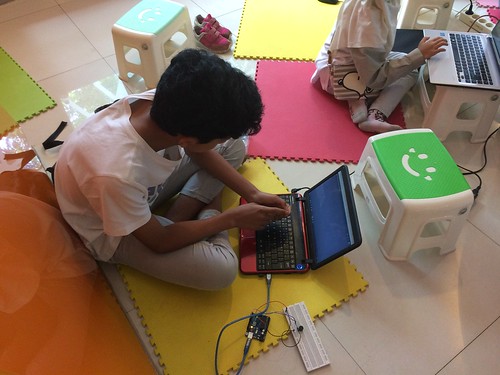 and apparently it wasn’t that easy 😉 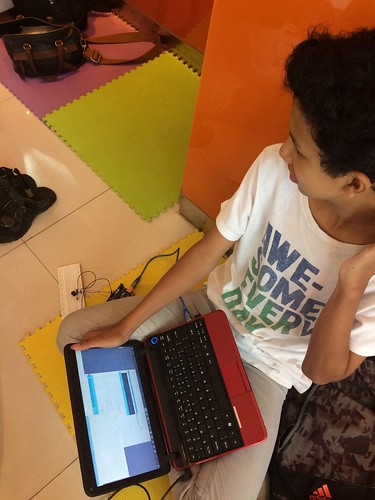 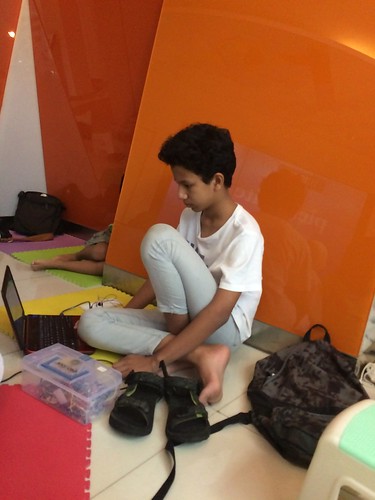 Hello Raul! Raul was catching up with the task from previous class. His stopwatch with 2 buttons didn’t work 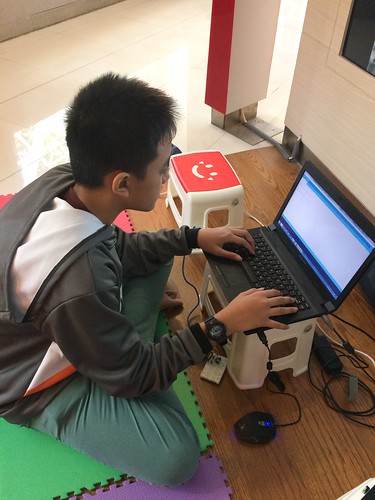 Mama Ren gave some help but still it didn’t work 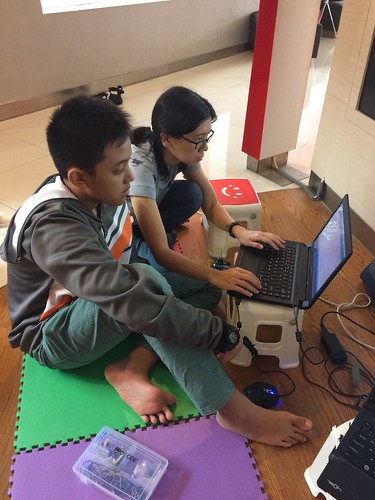 So Raul switched to the morse encoder and it worked 🙂 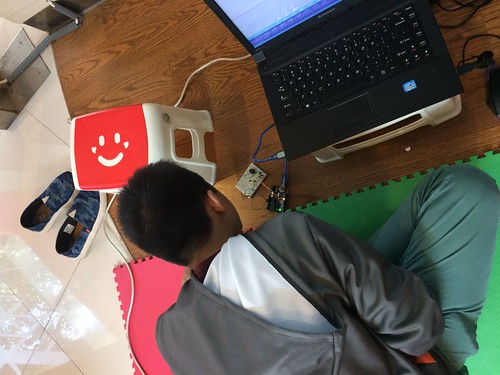 Clarence came with loads of progress to brag about 😀 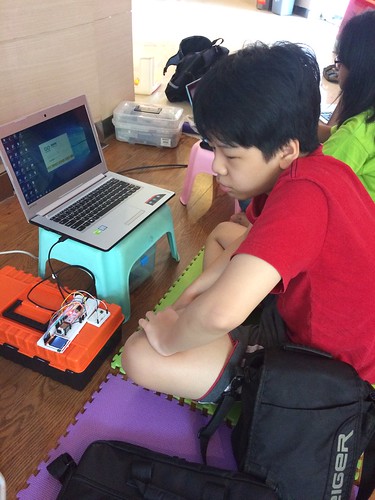 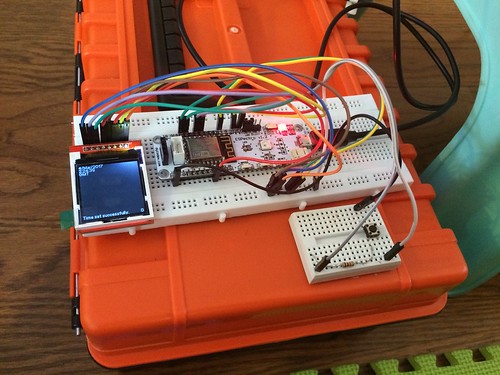 Clarence also make improvements to his stopwatch code, making it more precise with better display design 🙂 He even added a reset function to the single button, along with progress bar display on the TFT to show how long the button has been pressed 🙂 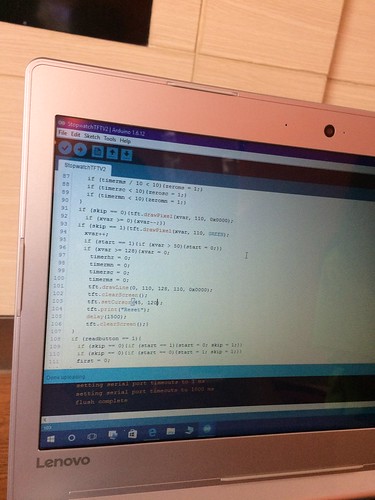 Clarence also created some cool patterns on the TFT, as a preparation to create analog stopwatch 🙂 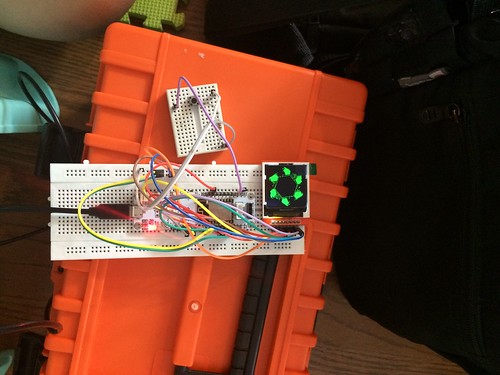 Cinta was keeping up with the class too, she was working on her stopwatch while also doing her writing project 😉 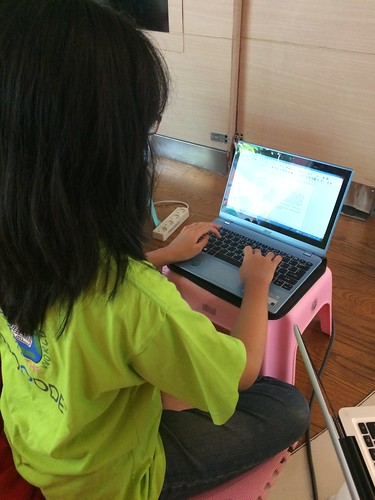 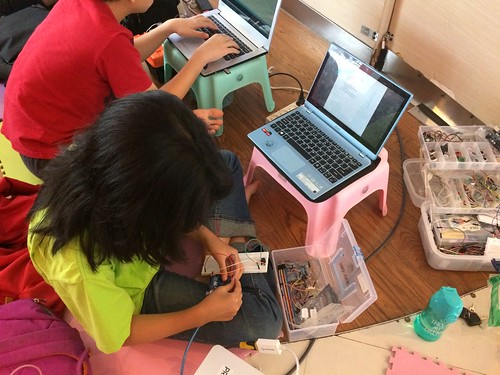 Ozan. Always like this when we take his picture 😀 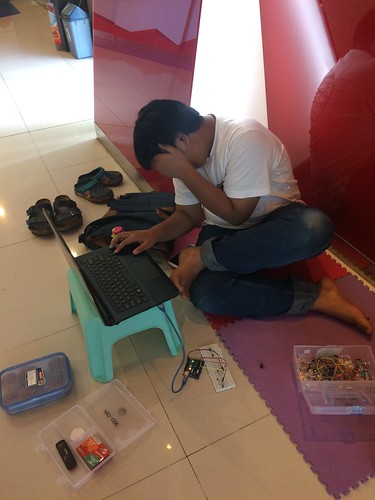 LOL. But the most important thing is the schematic worked! 🙂 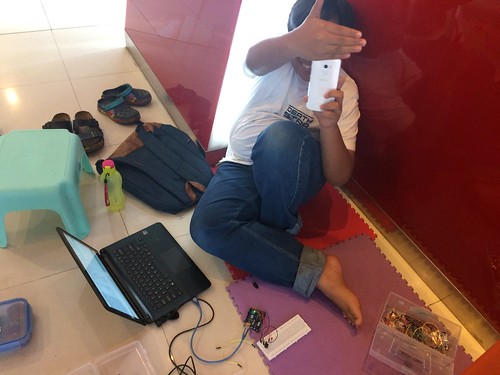 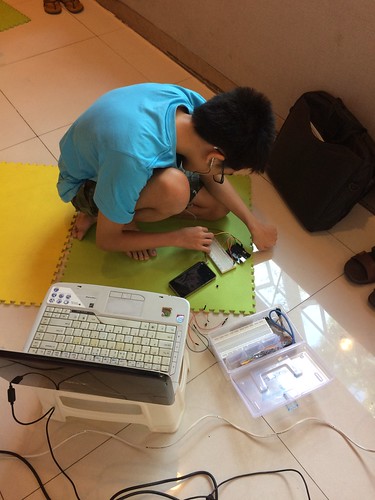 Rafi was back in the class yaaaay 🙂 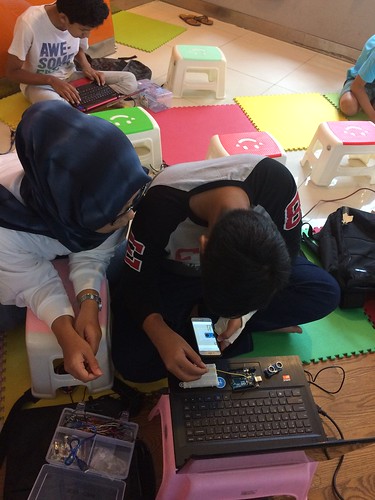 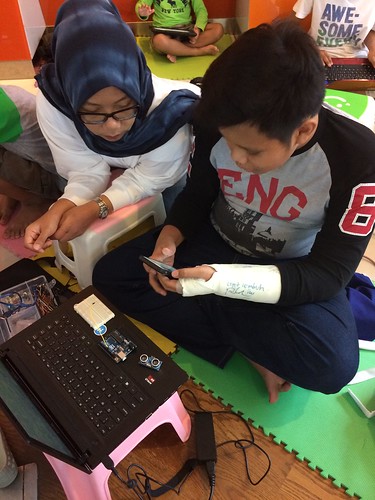 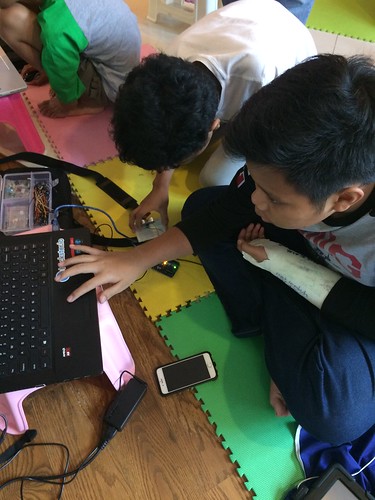 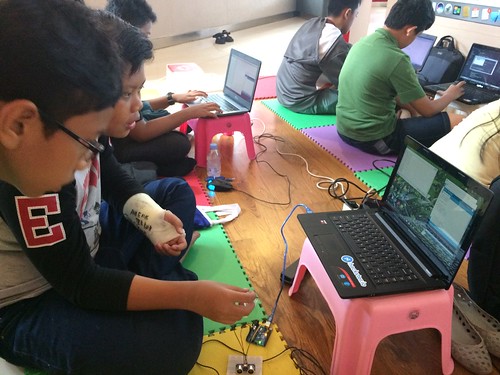 We also had Dika back! He jumped straight to the schematic we were doing today, and it worked yaaay 😉 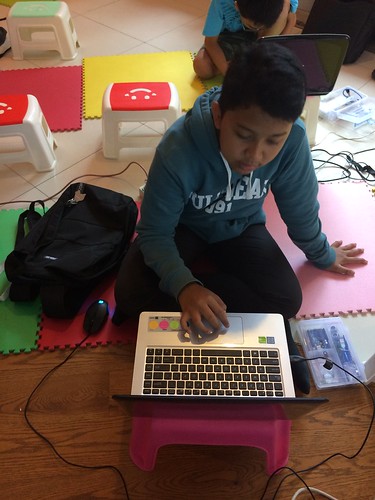