We learn about class and subclasses, subliminally 🙂 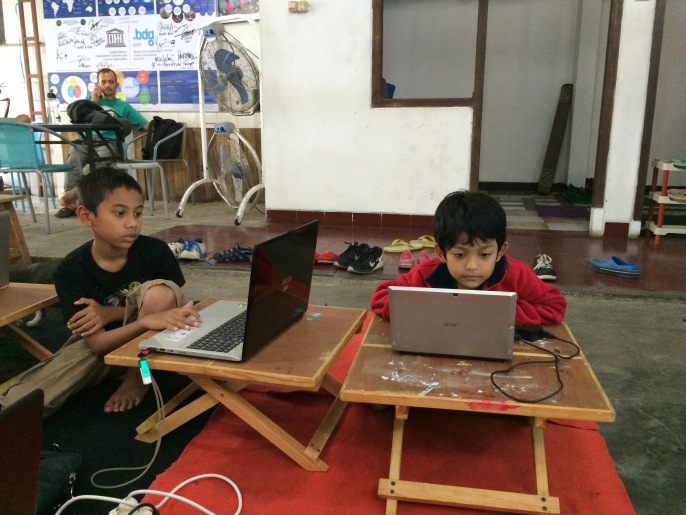 We use GreenFoot to learn to create simple games. GreenFoot a bit looks like GameMaker, with visual interactions but with more inline coding.

So kids can define their own classes, instantiate it and give them methods. In visuals.

Kids said that Python is much easier LOL. But they should learn about Java since this language is still the most popular language in the world. Besides, they need to learn some OOP (Object Oriented Programming). Roni, a newcomer of this class is also given the same topic 😉

Their experiences with Python make these kids are willing to type in codes, and have sense on which line goes to where. But this one had too much he said he’s going to continue the typing next week and pass out for now LOL 😀

Gaga and Rheino, best buddies in coding and telling each other about games too 😀

Faris is tinkering with his java code. These kids are trained to learn by themselves by reading tutorials. They are free to ask for help, but they need to find for themselves first.

Malik (sit next to Faris) has finished all the examples given in tutorial.

Awa started to work again and happy to see his Java code works! 😉 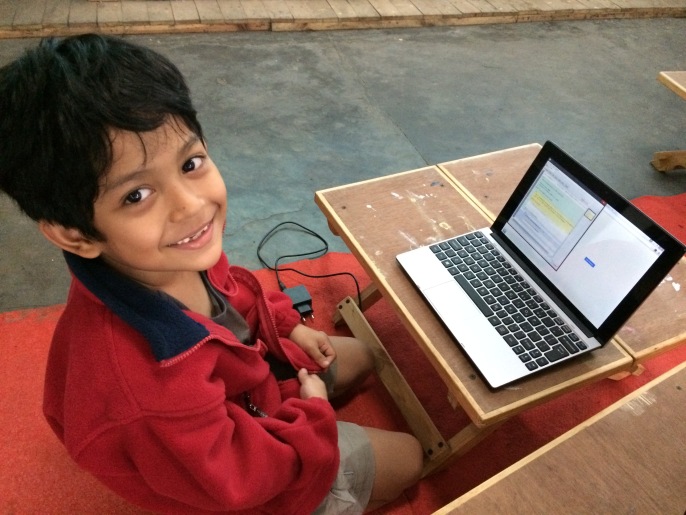 Cinta is very curious about improving hers. She said this is so much like GameMaker but much harder. Don’t worry Cinta, you’ll get used to it in no time! 🙂

So we’re going to continue this again, next week? Yes!!! Awa said 😀 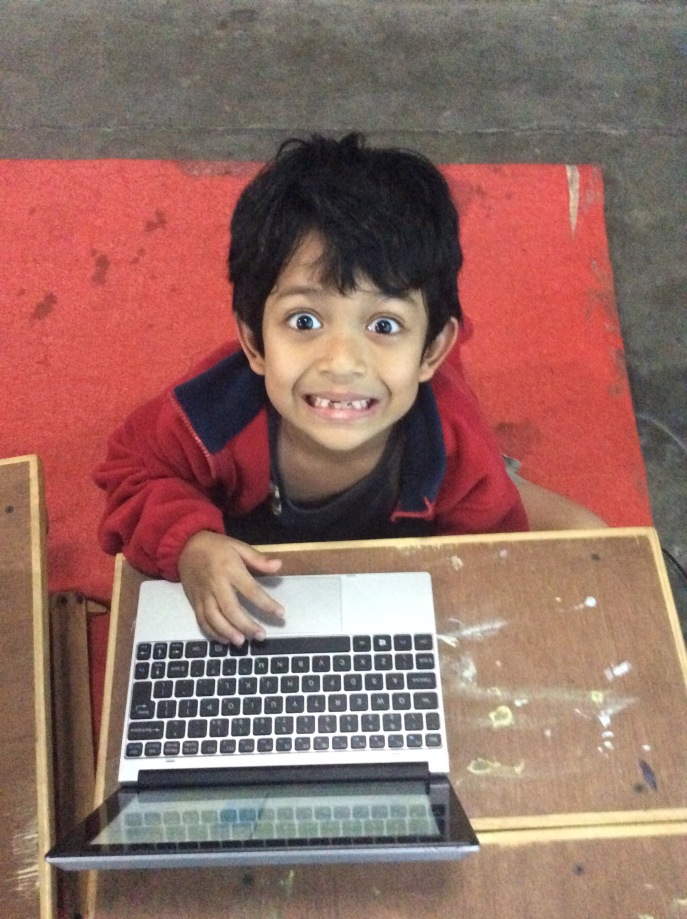 Some screenshots of Greenfoot’s IDE 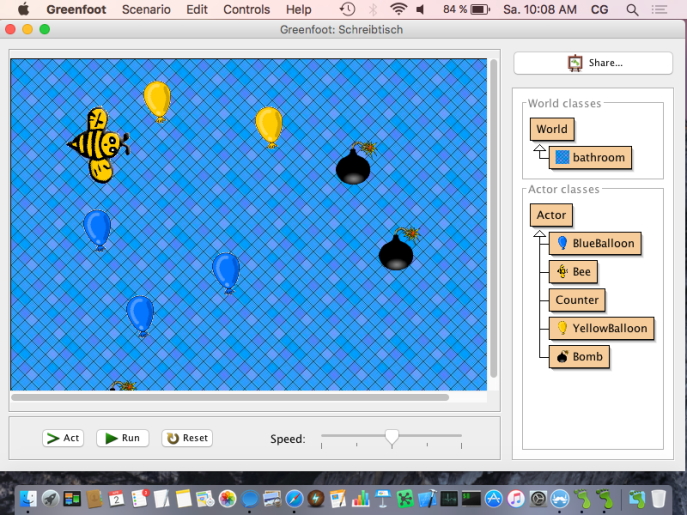 And some lines of code 😉