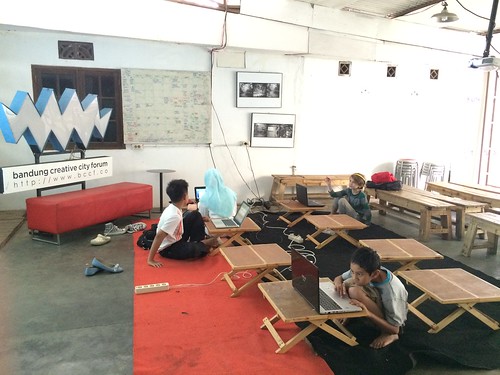 Some of us working on new codes and the other continue working on adding more methods to the last code. 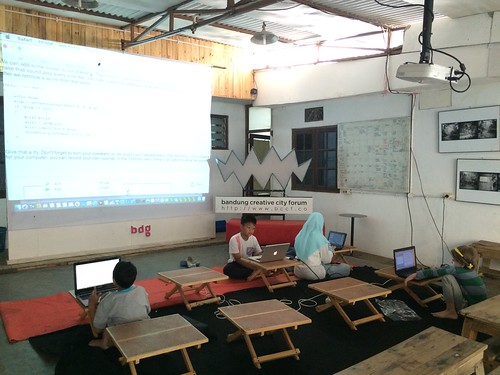 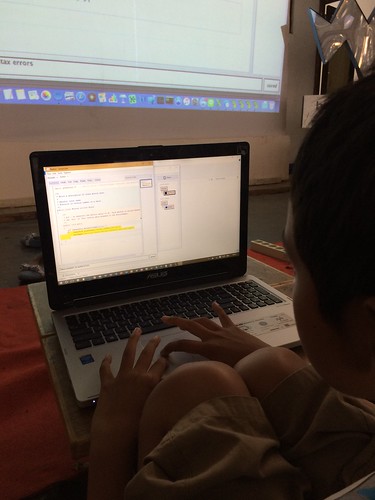 That when the user click something on screen (a picture, or a confirmation button), it will play a scary sound and display a scary pic 😀 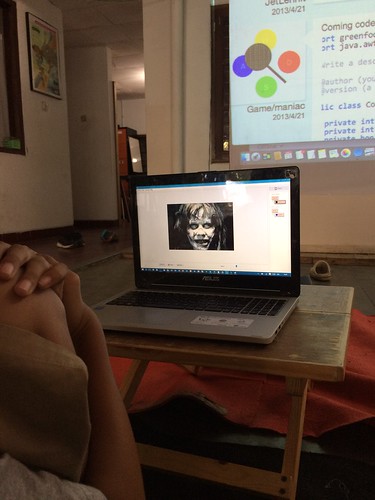 And the kids really use this code to prank their friends 😀 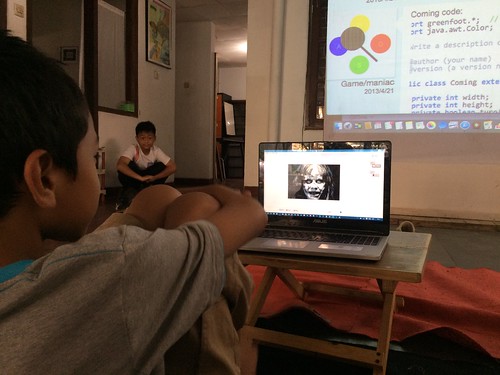 Cinta made it to the class after finishing a science competition, yeaaay! 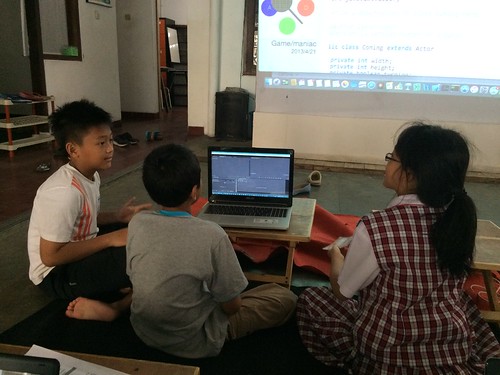 And guess what? We had a newcomer! Rezandra 🙂 Her mom is actually in Coding Mum class, and they’re sharing the very same laptop! 🙂 How cute! 🙂 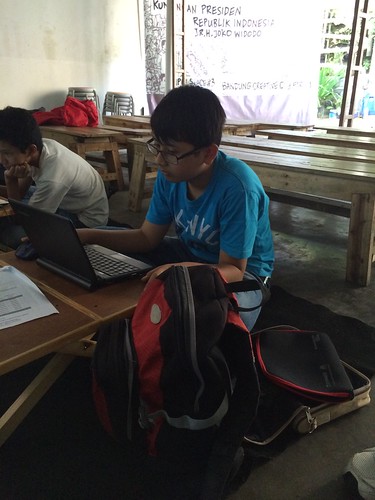 What a lovely Saturday! We gather and do awesome things with code 🙂 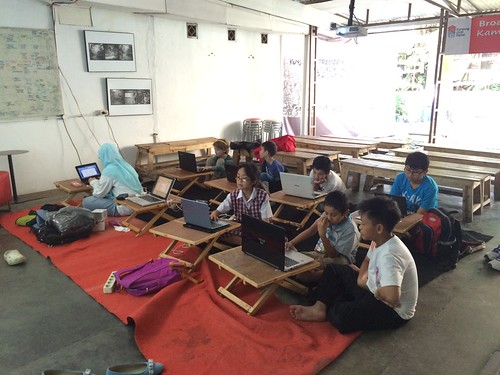 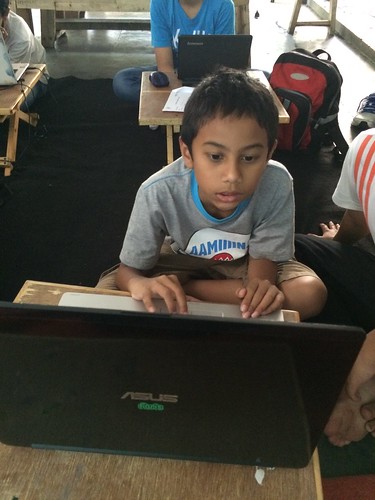 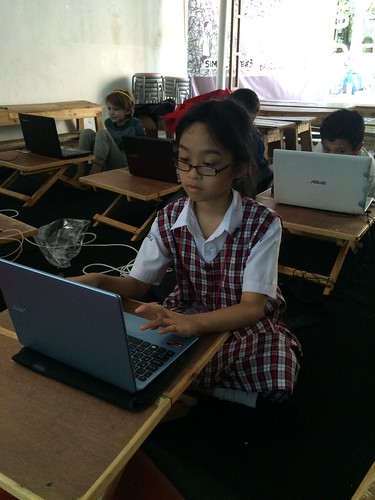 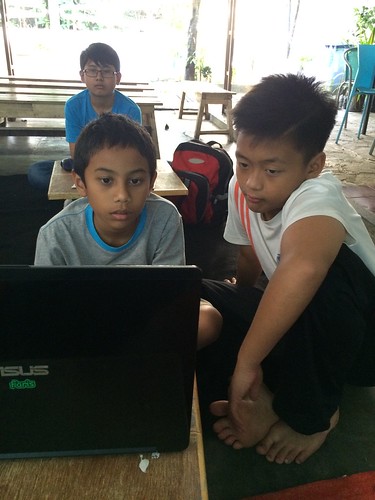 While this one is working on school assignments 😀 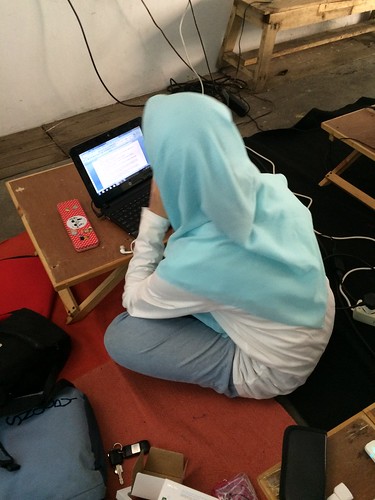 And Malik! He’s leading in the Flappy Bird project 🙂 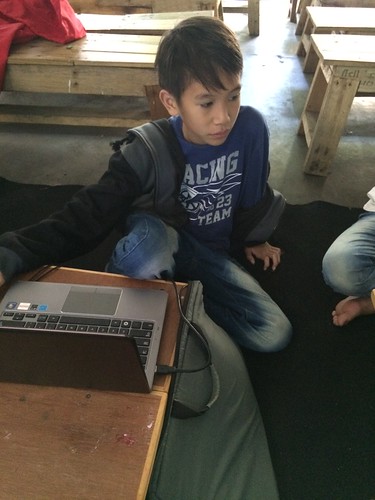 And Roni, was busy catching up with the intro to Greenfoot 🙂 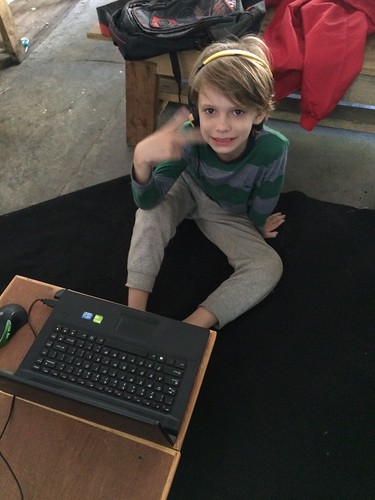 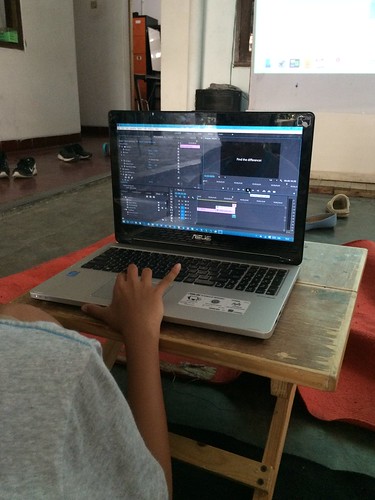 Cinta had set the background of the FlappyWorld and ready to add more FlappyBird assets but she had something to discuss with Capt. Syahna 🙂 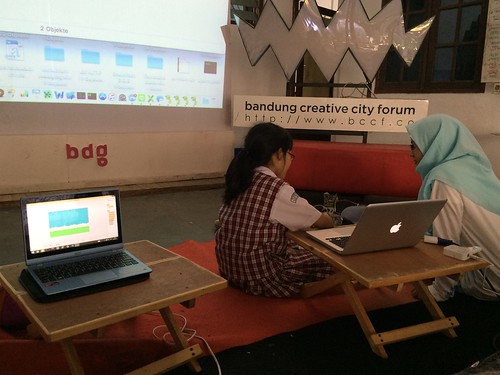 Rezandra is very nice and dilligent. He caught up very quickly 🙂 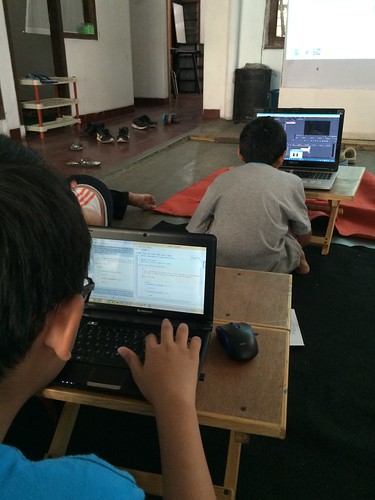 Reza was doing great too! Last week he couldn’t really follow the class because he didn’t have the admin password to install Greenfoot. Today he got it installed and finished all he had to do last week! 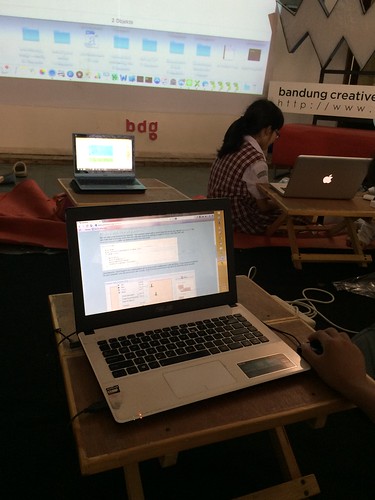 Malik has been doing his own research about this FlappyBird project and this is the picture of he is doing some debugging. 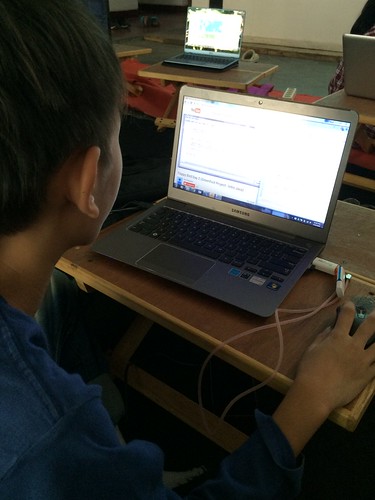 This fluid class allows kids to share ideas and learn in their own pace. 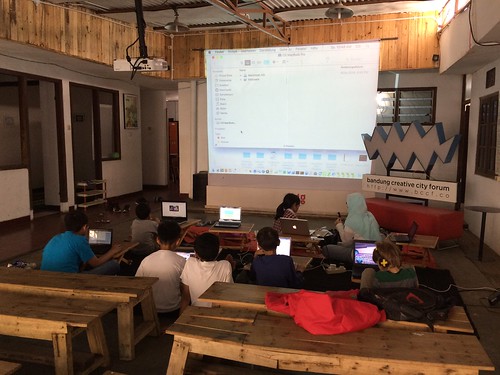 This is Capt. Fizhan and Reza working together to add some sounds to the code. 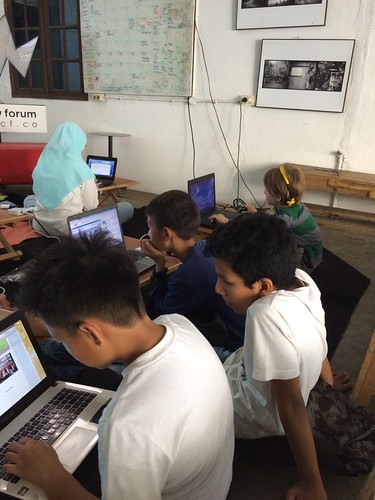 Seriously, creating FlappyBird is easier to be done with GameMaker than with Greenfoot (we actually can also do it the hard way in GameMaker by typing in codes, but in Greenfoot we do it in OOP so it is harder 😀 ) 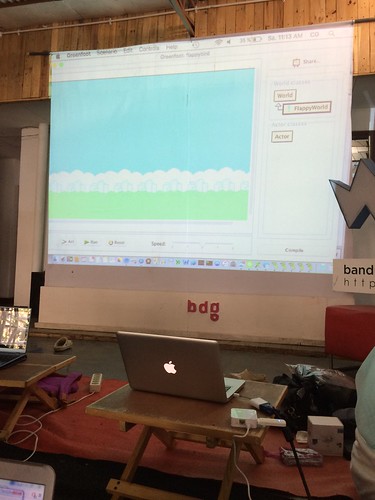 Rezandra finished up all the tasks given. Now he has a code of Turtle chasing and eating ants that moving around 🙂 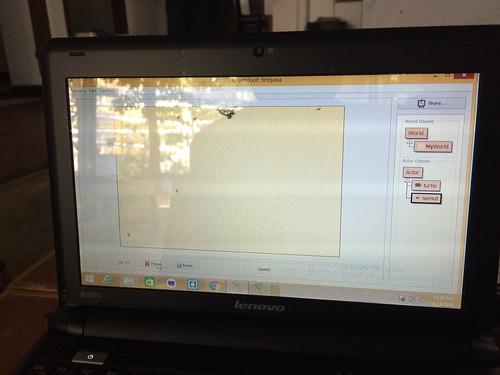 Next week, there will be update about our Flappy Bird project! 😉