Hello! The class today was in Digilife Dago! 🙂
Awa came with a bike! This was before class and he was going to park the bike 😉 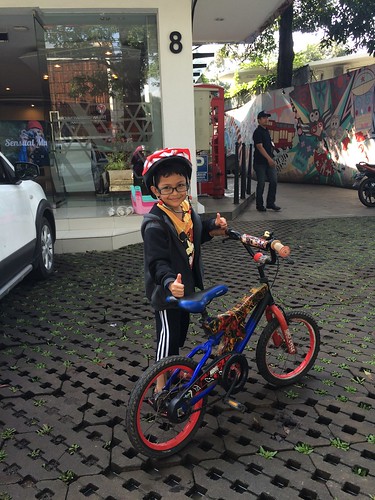 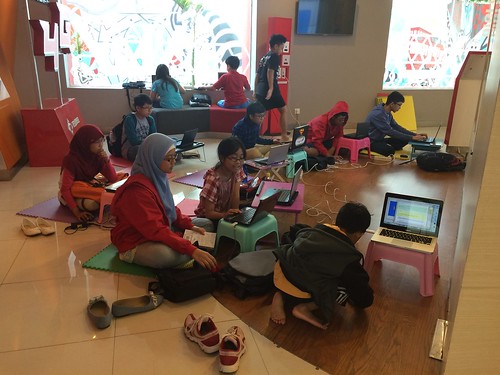 And lots of thing to do! 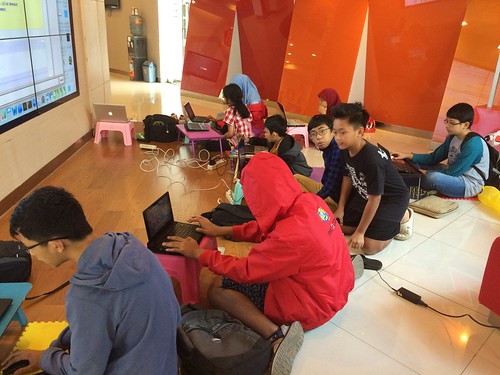 We found out that one of the kids, a newcomer, Rezandra is actually very good in animation. He created this with Blender! 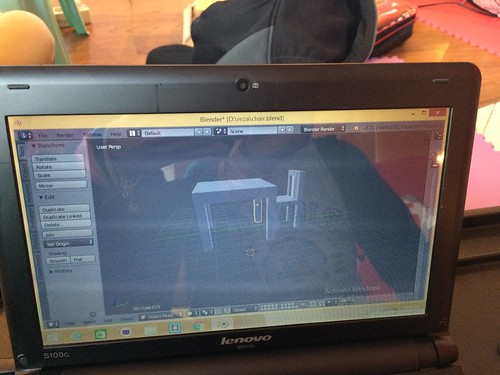 Azriel with his new ProCodeCG jacket, explaining his project plan with Farrell they named Vengeance Project 😀 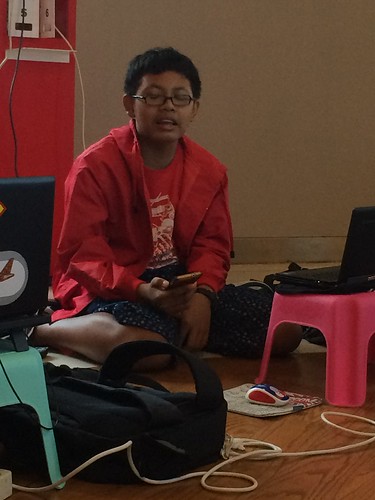 We needed two laptop in front, one to display the coding and one to find some internet connection 😀 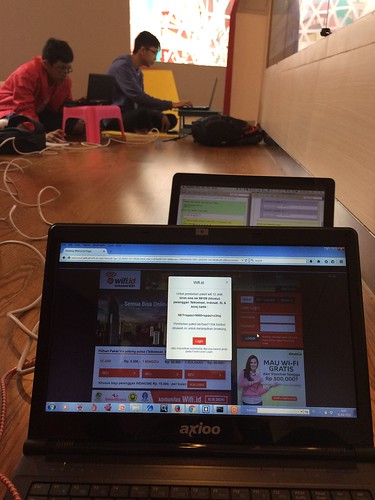 We had lots of progress too, Pru had modified her code into more interesting game with unexpected rule 😀 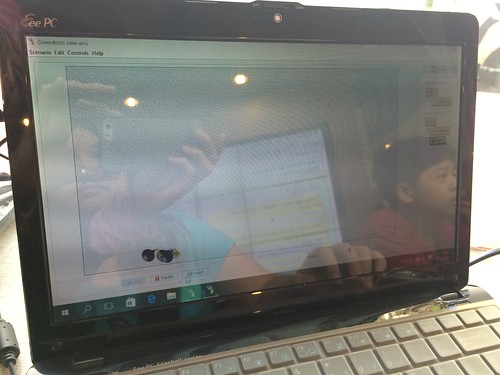 Awa was working on FlappyBird Project and took a break once for a while. 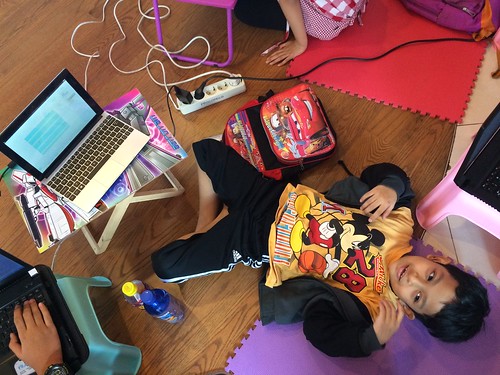 Cinta and Awa are in the same team with Malik in the project. 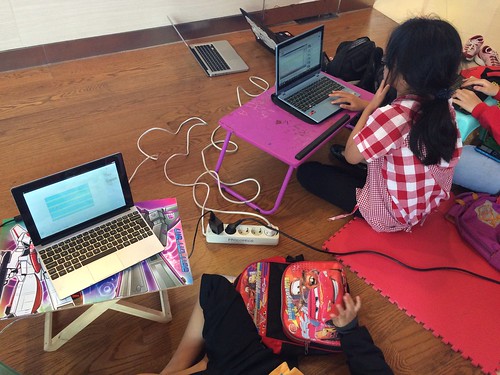 Farrell and Azriel discussing about their project. They broke down tasks to be doing and who’s gonna assigned to do it. They said they’re going to make some virus, some trojans and also some ssh programing, oh well 😀 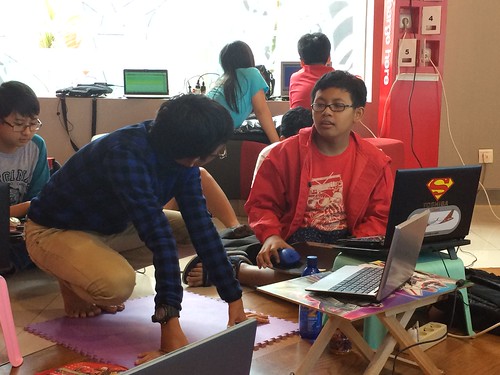 Cinta was very excited about creating FlappyBird with Java 😉 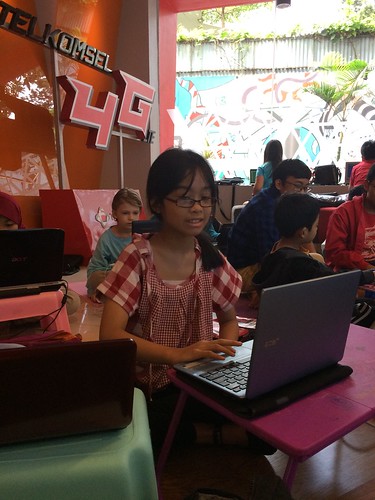 While Clarence put some unusual and brilliant ideas to his code. He liked it a lot and played his own game over and over again. 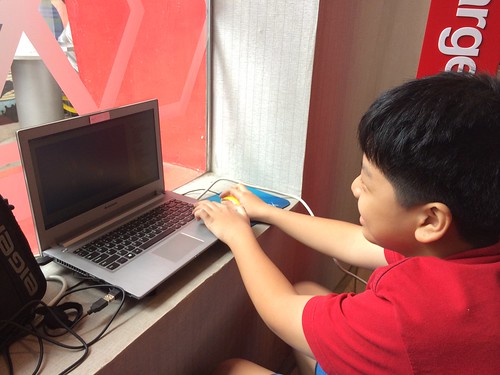 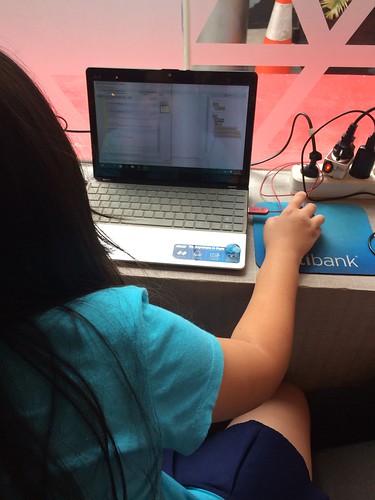 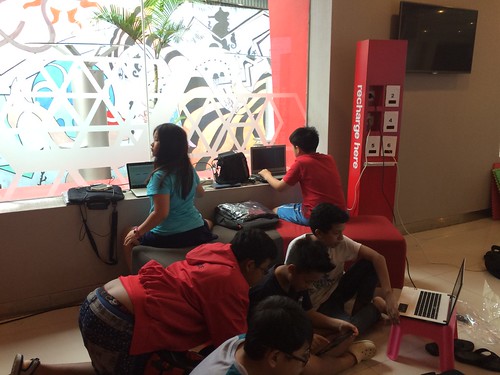 Roni did very well too. He typed lots and lots of code and made it work. 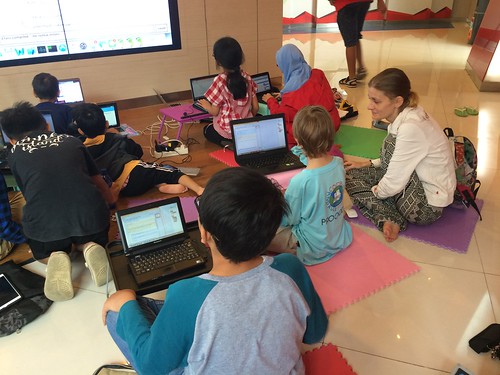 The codes displayed on the screen were intended for different groups. The left one was for Reza and Rezandra who were working on adding score to their code and the right one was for Ardi who was keeping up with several object he missed. 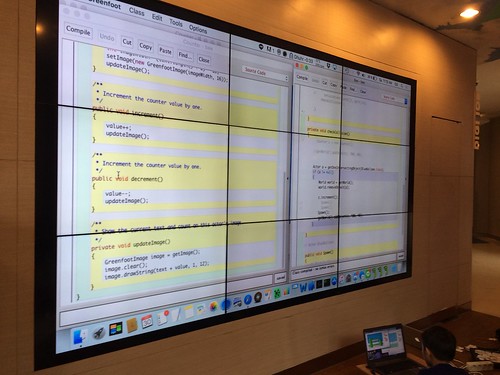 Ardi finished all the typing job but there were several errors. We’re going to fix it next week, ok! 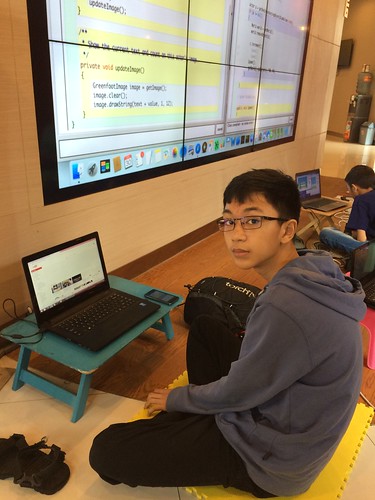 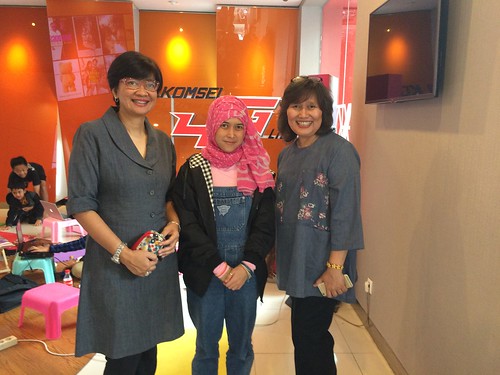 And, Aliyah gave us a surprise. She had just came back to the class after a while and she had to catch up. She did it very well and look at her! Still doing code in a restaurant during lunch 😀 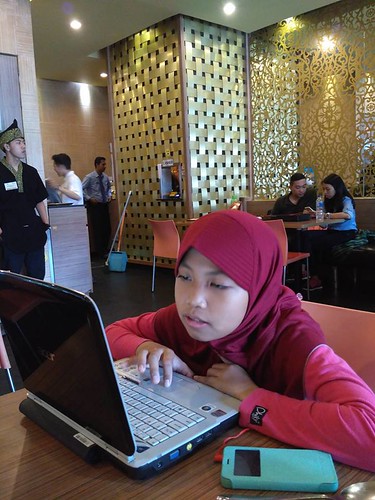 She already created a totally different games from what she did in the class before! 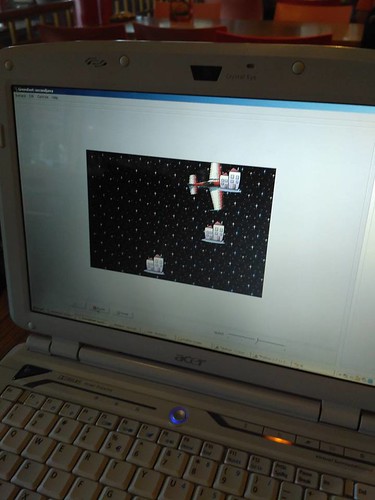 You should show us this game to us next week Al!!! 🙂

See you next week! 😉