Hello, this is the report of our Arduino and ESPectro class yesterday!

Renald arrived very early and helped setting up the room 🙂 Thanks so much! 🙂 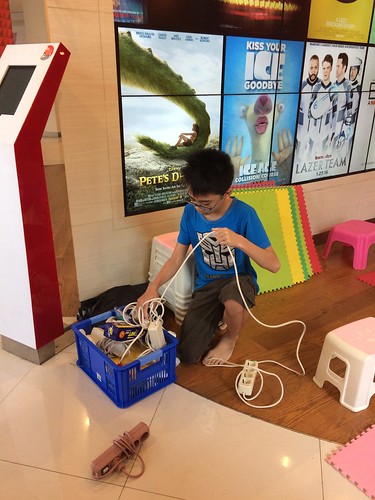 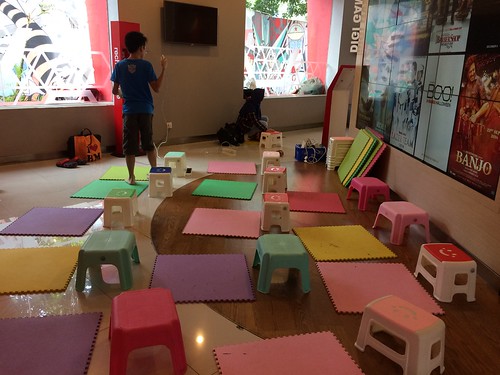 Then Clarence arrived. He was going to connect an LCD board to Arduino 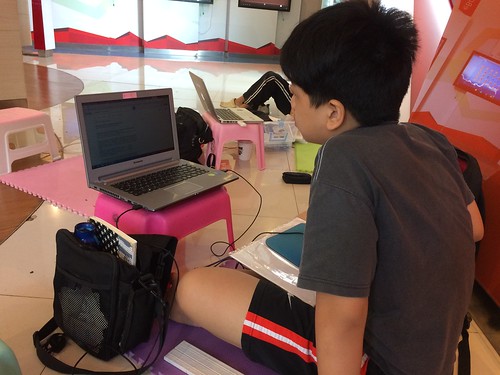 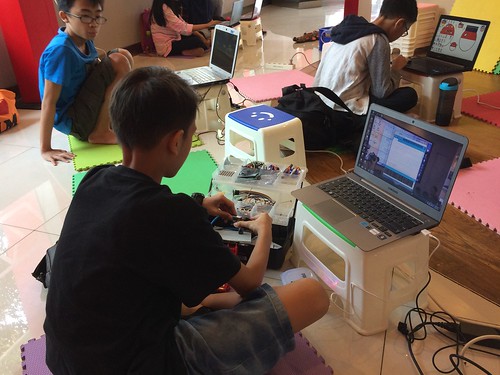 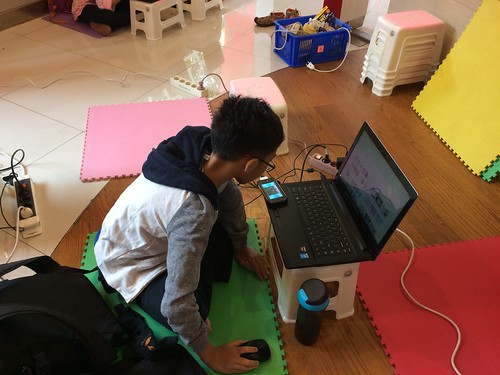 Ren was busy downloading the handout from Trello via his smartphone 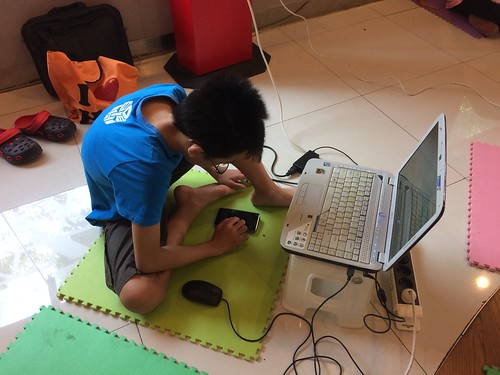 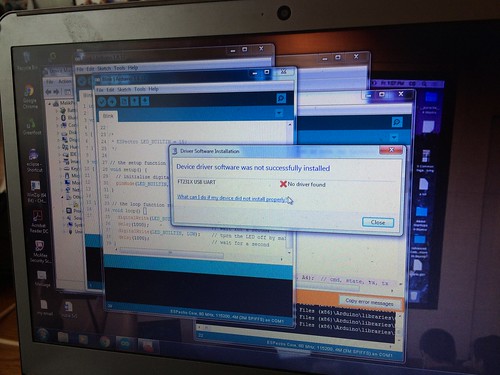 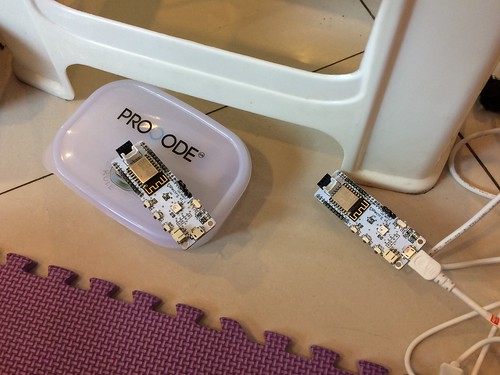 Because the problem is the driver that couldn’t be downloaded and installed. Updating didn’t work too. 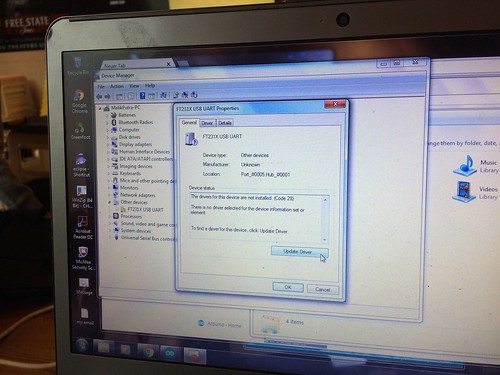 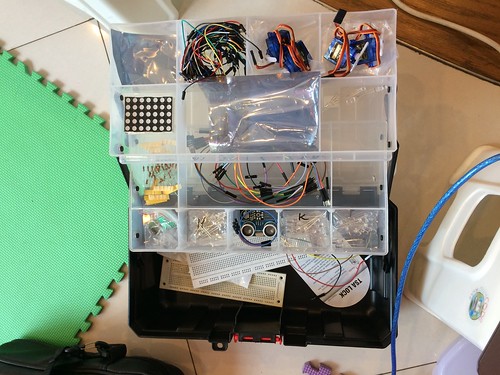 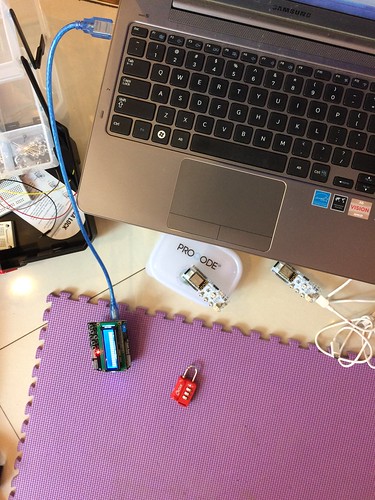 While other kids were working on ultrasonic sensor 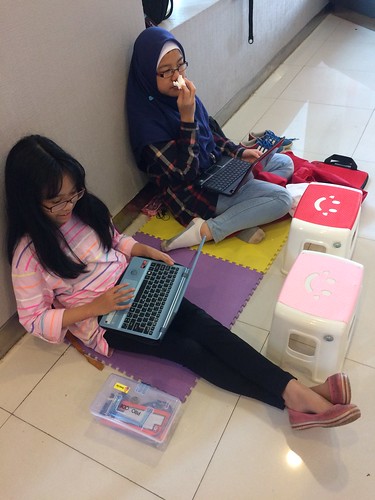 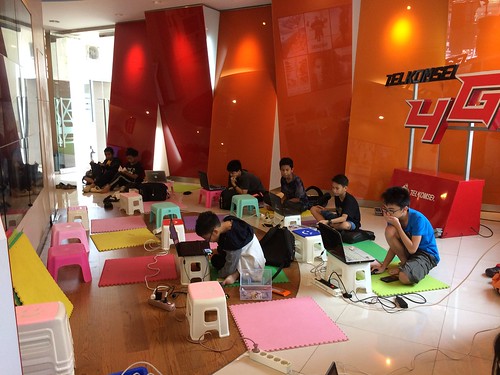 Reza was working on his ultrasonic layout on breadboard 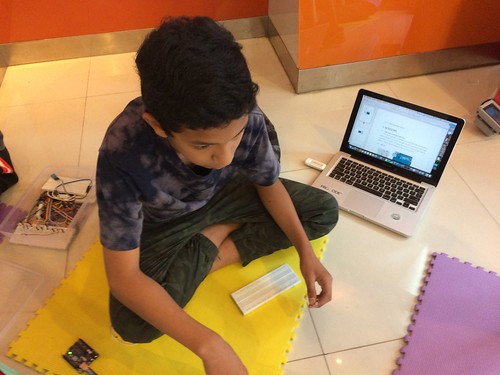 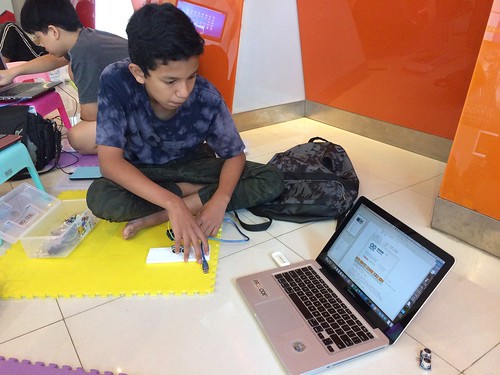 While Rheino was catching up with the class. He was on blinking the LED on board and LED on breadboard (and all worked well) 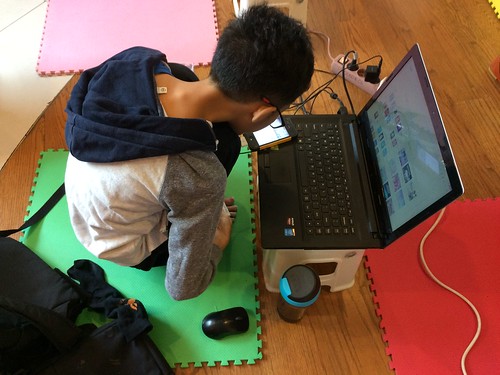 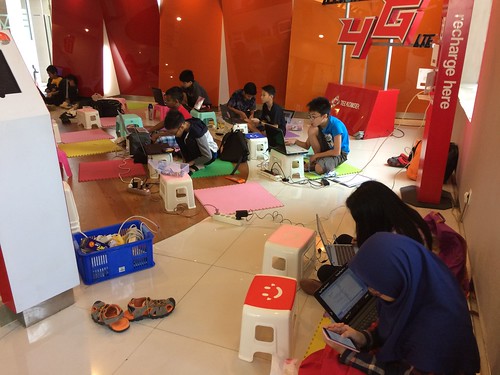 Clarence was working on his LCD board 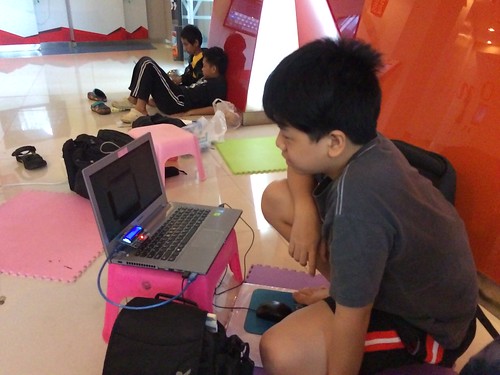 That with Malik’s help and assistance finally worked 😉 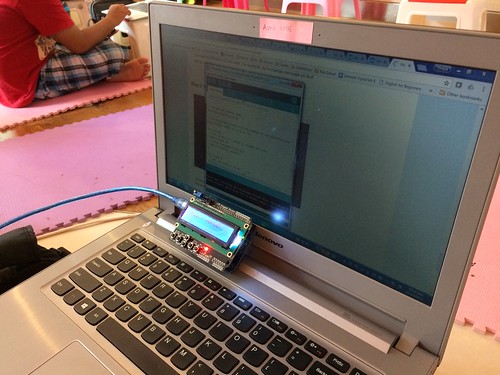 Ren’s ultrasonic wiring was ready to but it didn’t work because the GND and VCC were switched so after Reza told him that he should switched them, it worked 🙂 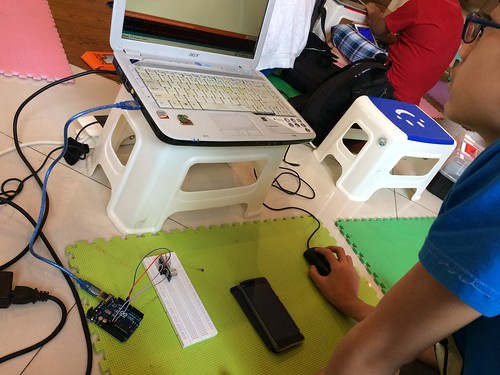 Cinta’s breadboard with the ultrasonic sensor 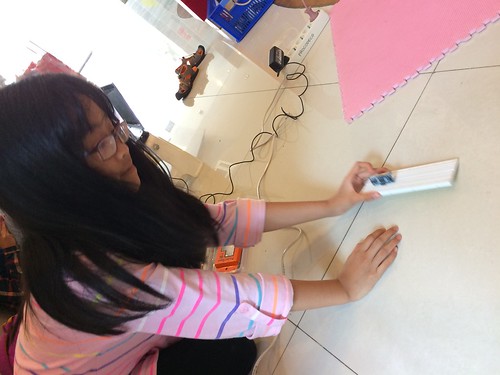 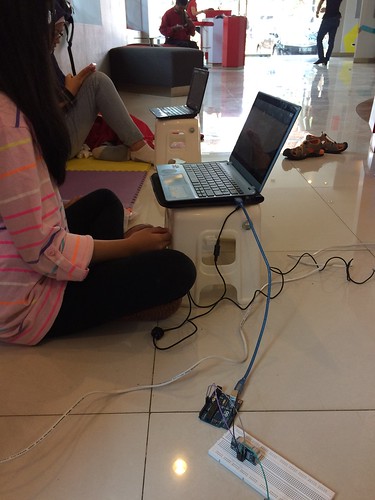 This is Reza’s Arduino IDE serial print, showing the reading of the ultrasonic sensor 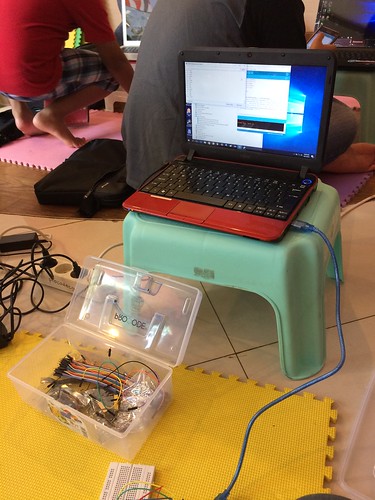 It work nicely! Darrell (not in the picture) was very excited to see how the sensor actually work and he will finish his next week 🙂 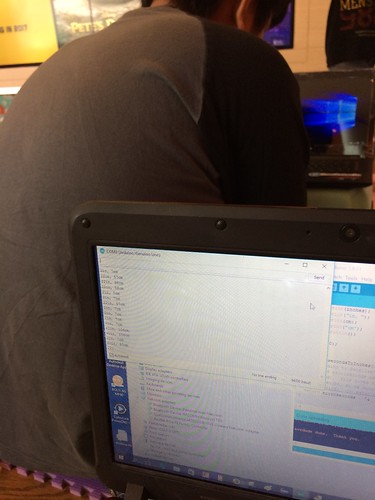 Capt. Malik had a running competition so he changed clothes right after the class ended (and left the computer for his little brother who was in the next class) 🙂 Good luck capt! 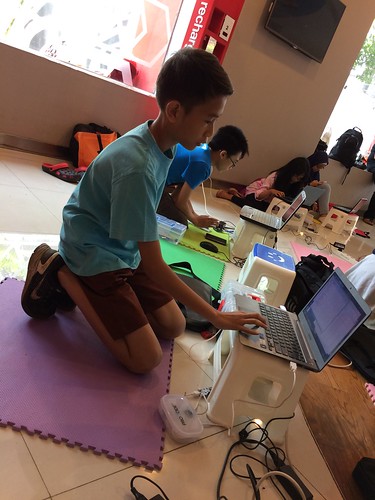 Next week we will explore more sensors 🙂