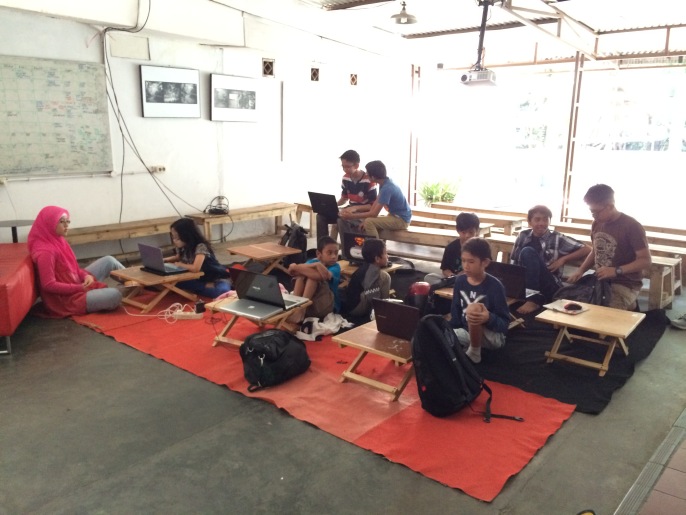 Oh! And we got new pet to become Python’s (the black one) company 🙂 We named it Scratch (the light brown one) 😀 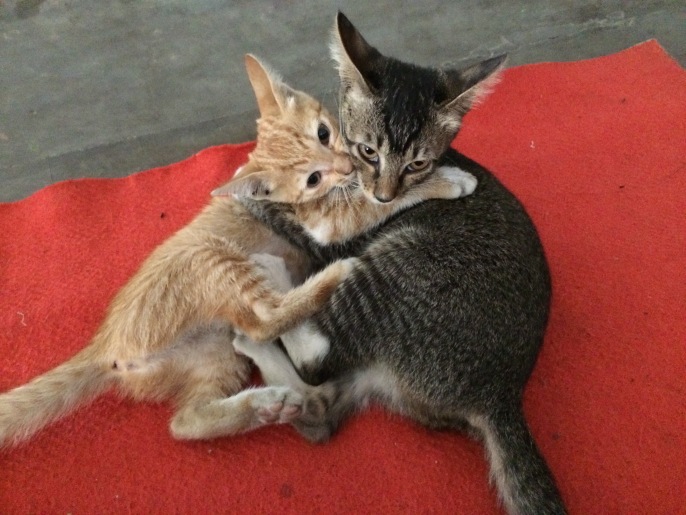 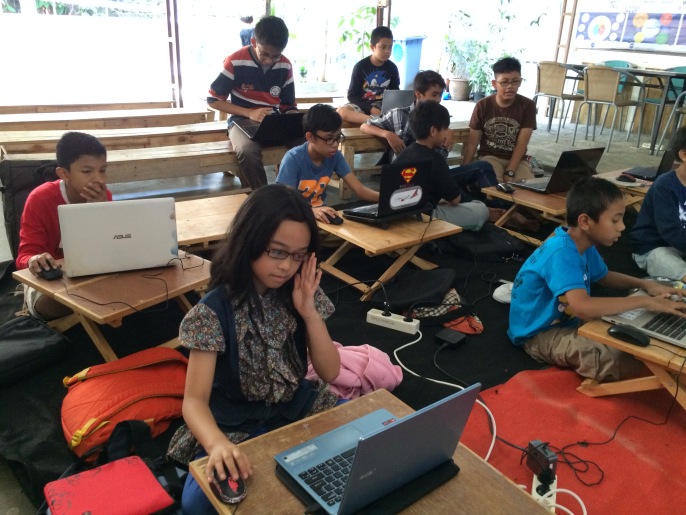 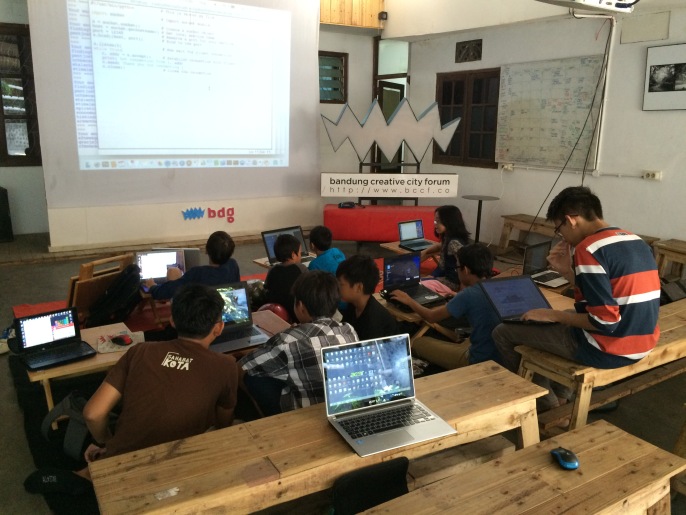 This is Gaga demonstrating the game he is developing 🙂 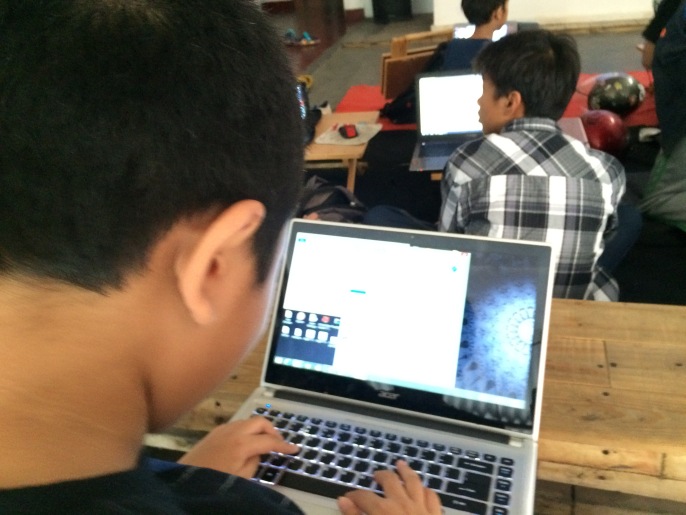 Quite difficult game with GameMaker, with lots of assets, objects and scripts inside! 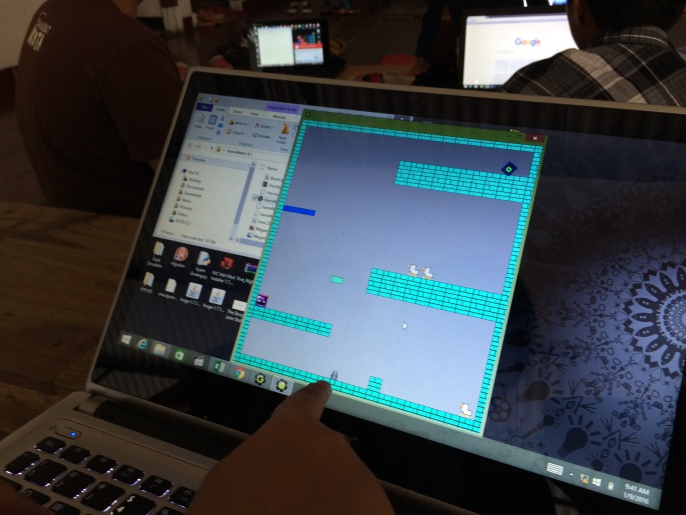 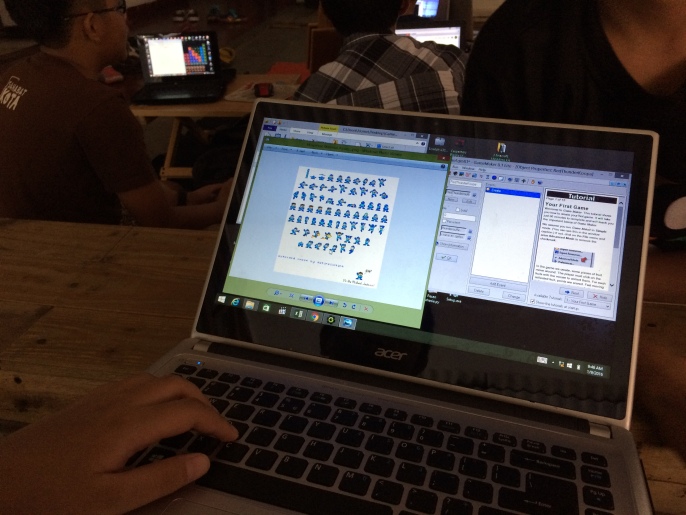 While the others are concentrating on client-server codes 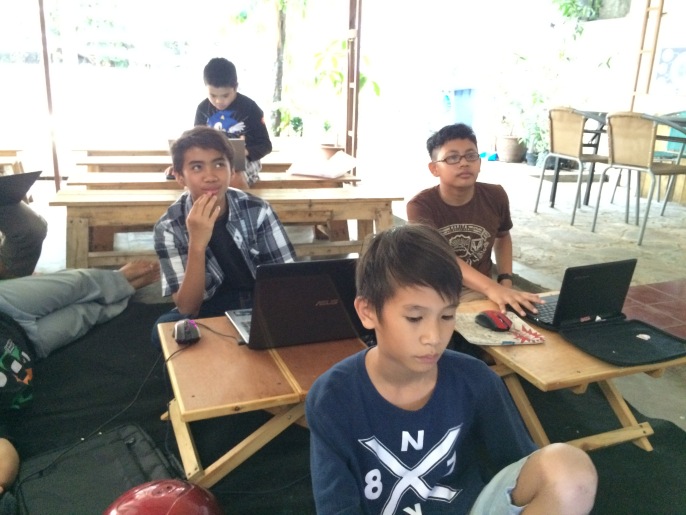 And this one, Faris, type the code while also creating a simple mobile apps with Android Studio! 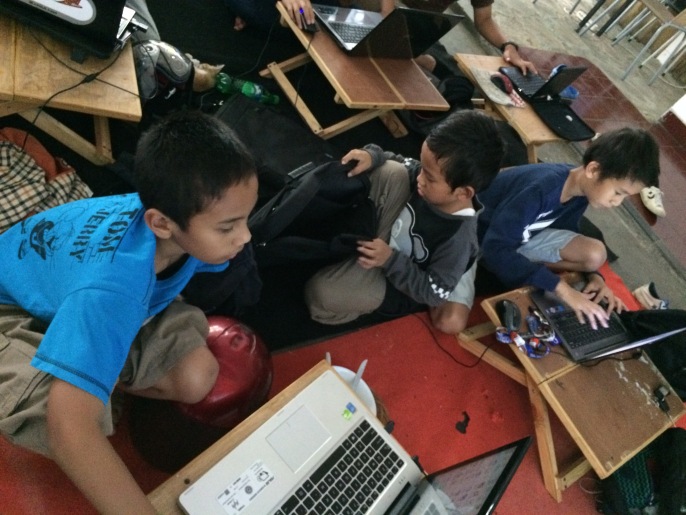 This is Farrell running his counting-down-to-2017 code 🙂 Lots of things is going on here! 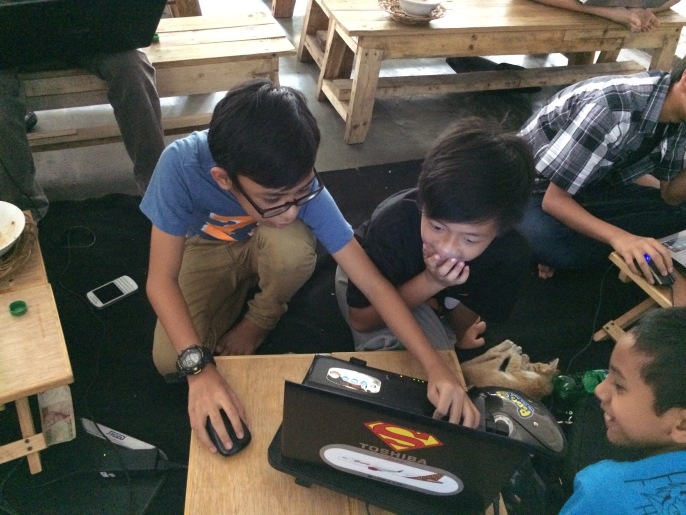 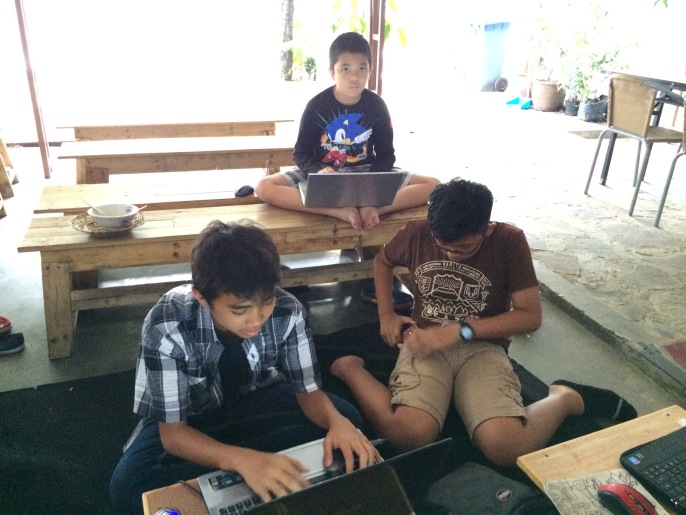 Ryan is typing carefully. Capt. Zaki is finding out how to correct errors and how to compile .py to .exe 🙂 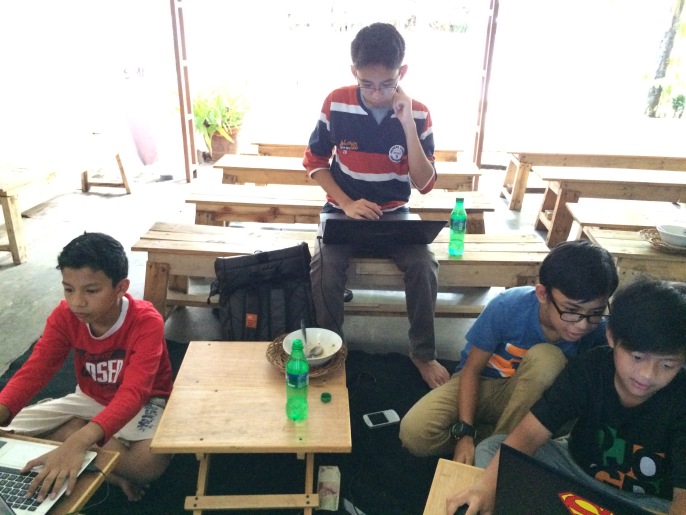 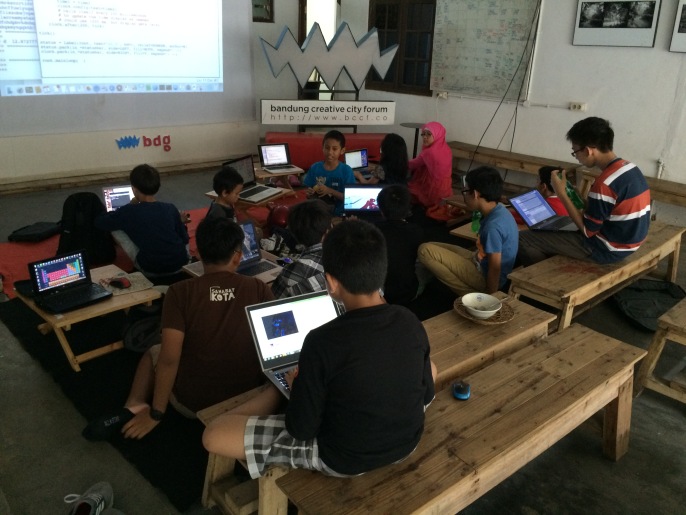 But there are several errors occurred on most computers. We’ll figure it out. 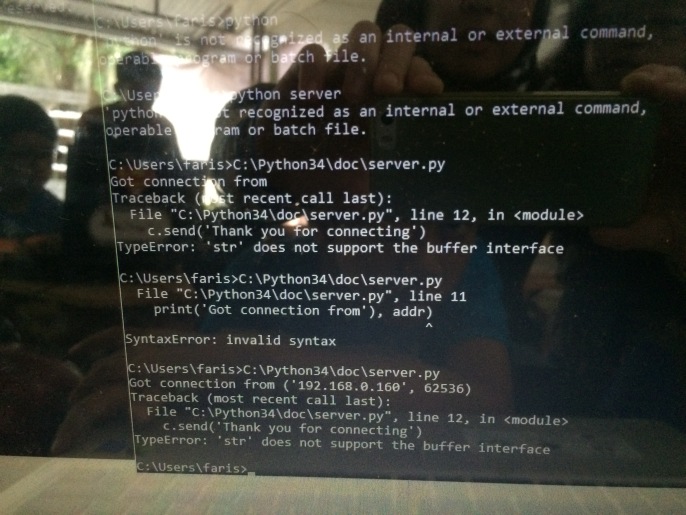 A screenshot of a simple client server we tried today 🙂 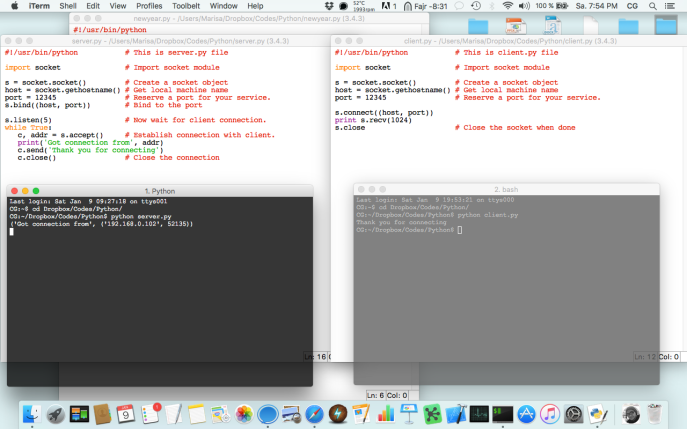 Homework for today is creating a chat program in Python, creating password login in Scratch and creating a GUI count-down-to-2017 🙂