We continued working on our Python codes, adding button, scoring system and conditional to decide whether someone pass or fail the test 🙂

There was still a few kids in the morning because some arrived later. 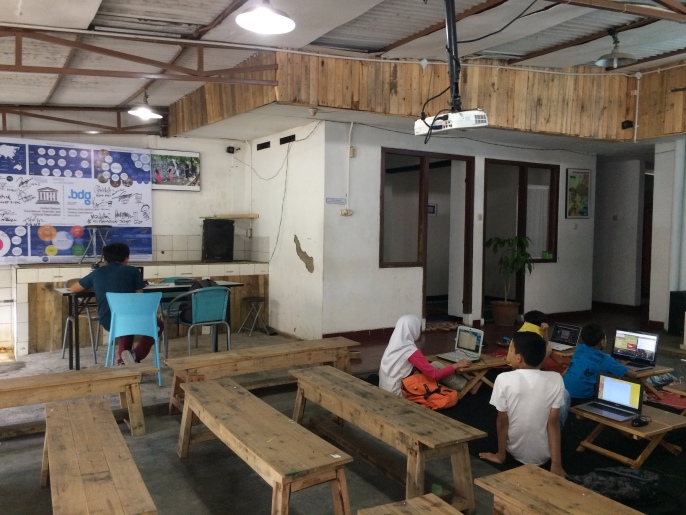 Some of them working on lines they missed and add more improvements. 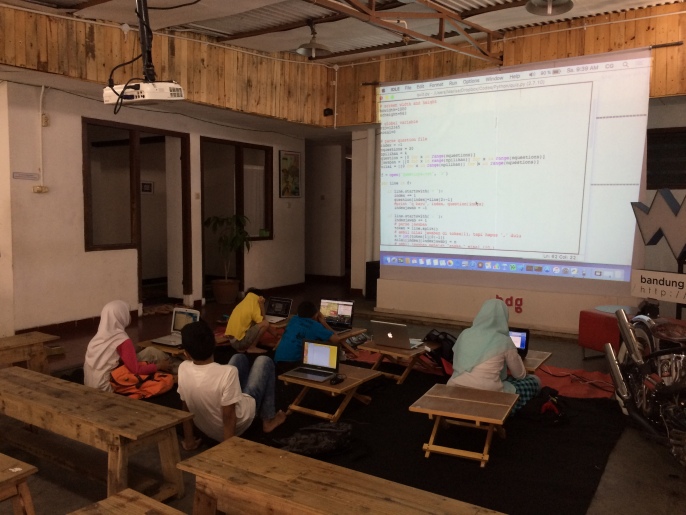 Faris came up with the idea to create essay quiz, and he started downloading different version of Python with Natural Language Processing library 😀

Azriel, like always, prefer to sit on a real chair with a real table 😉 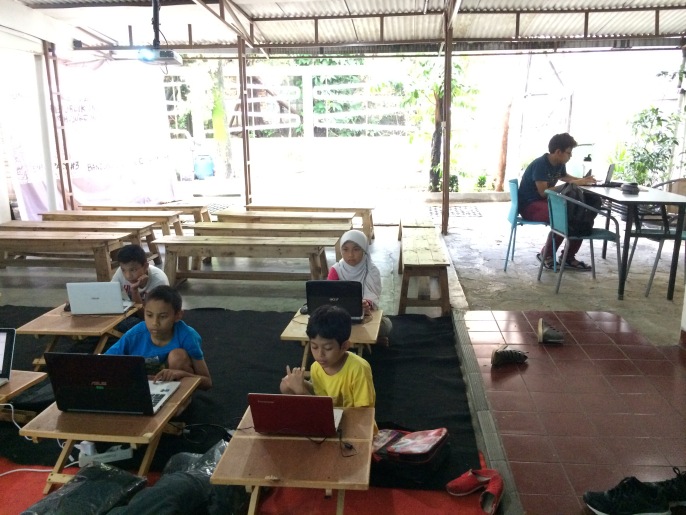 This is Awa. Working on coding on Code Combat on the left computer and Hour of Code on the right computer 😀 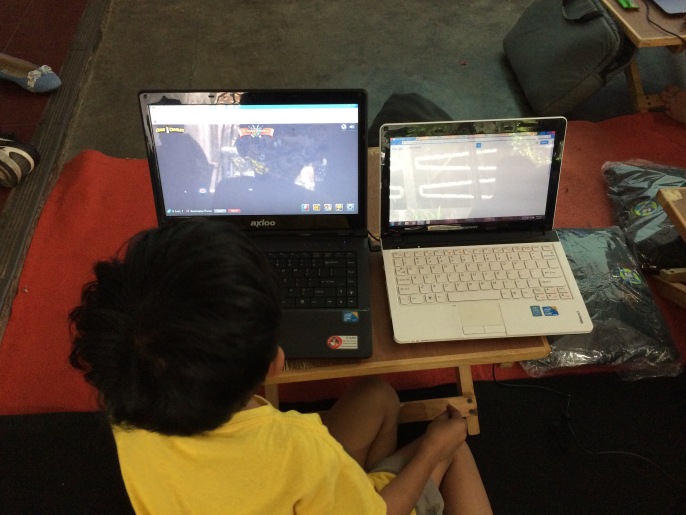 Malik was busy improving his code and debugging some errors. 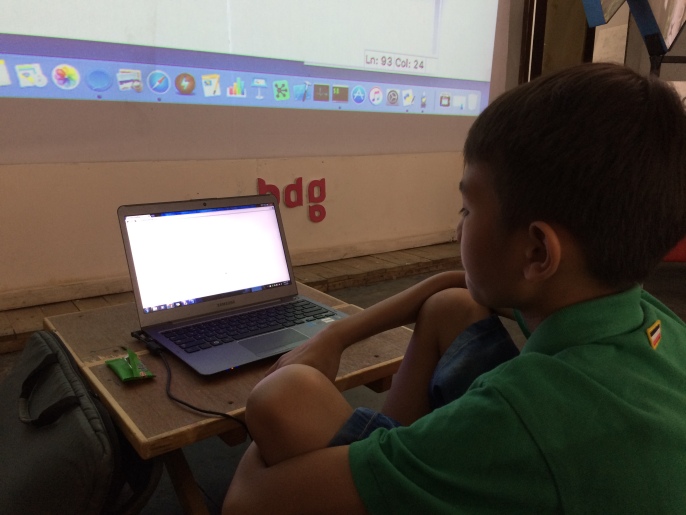 Aliyah was designing a quiz on English (grammars, sentences etc.). She even used her English Lessons Book for reference 😉 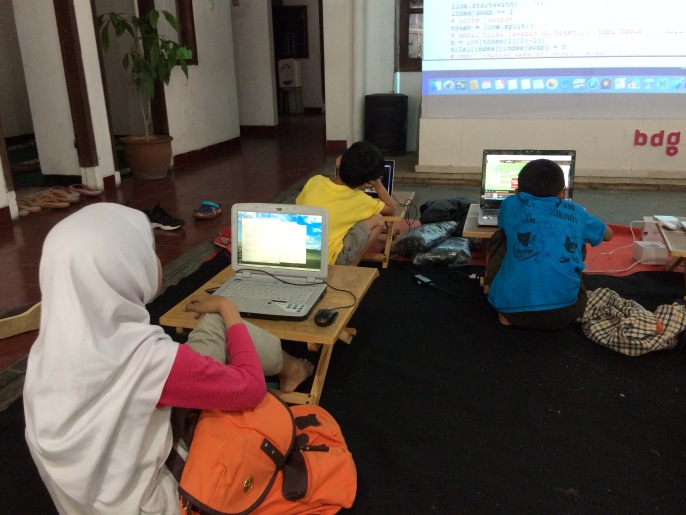 We had a newcomer today, this is Prudence, little sister of Clarence, working on algorithms and problem solving using functions with LightBots 😉

And this is Clarence, the brother, working on the same thing 😉 These two kids are very fast!

As can be seen here,  everybody’s got something different to work on! 😉

Like this captain, busy writing her short novel (while reading a novel) 😀 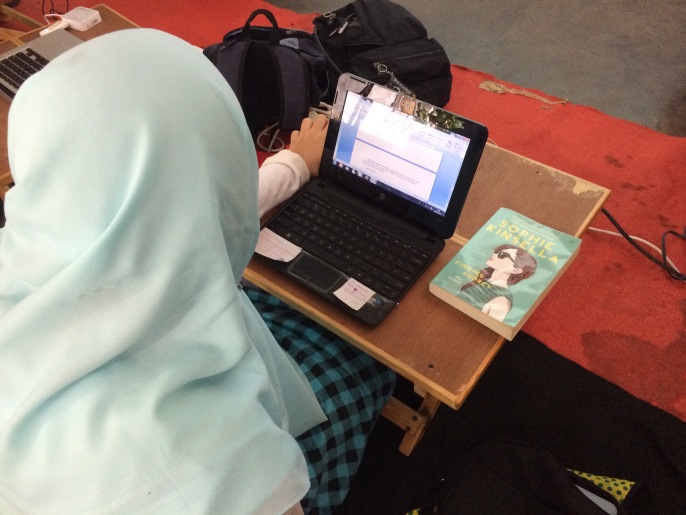 They just wouldn’t stop until they solve the puzzles. Kids never give up! 🙂 ❤ 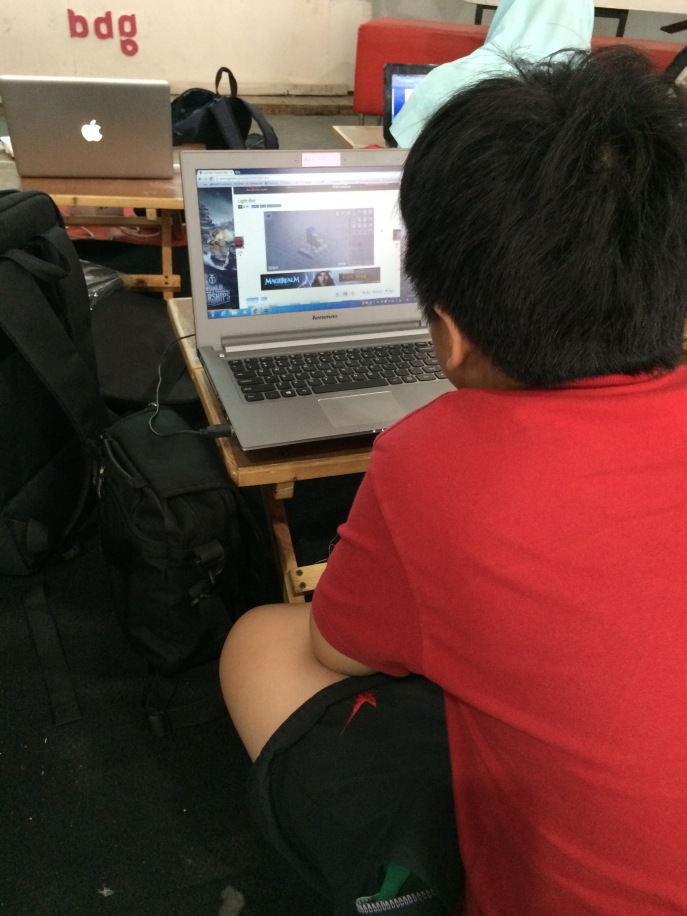 Yes, we had that motorcycle in the class, as a commemoration of one of BCCF Founder that has just passed away, Kang Tegep 😥

We also had some visitors from UK 🙂 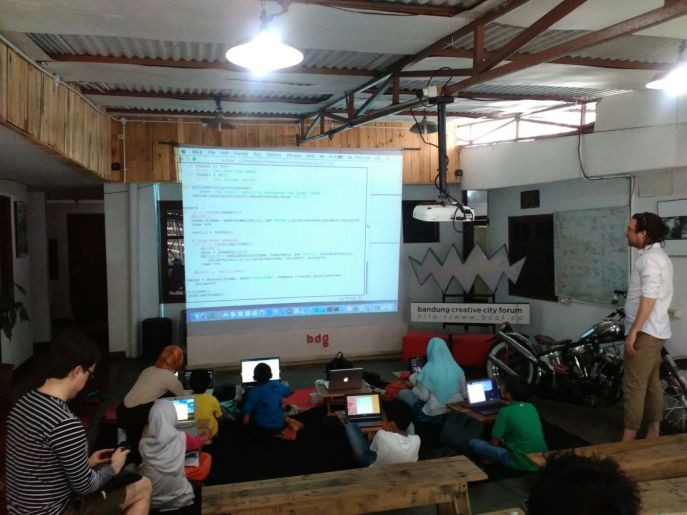