Hello, this is our class yesterday 🙂

Areli created his own game at home, and he’s quite proud of it 😉 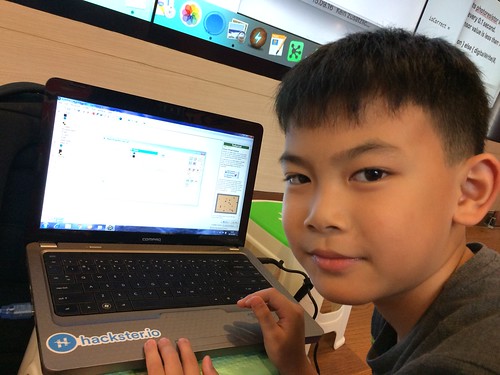 It’s surprisingly a very interesting game, Awa gave it a try and liked it 😉 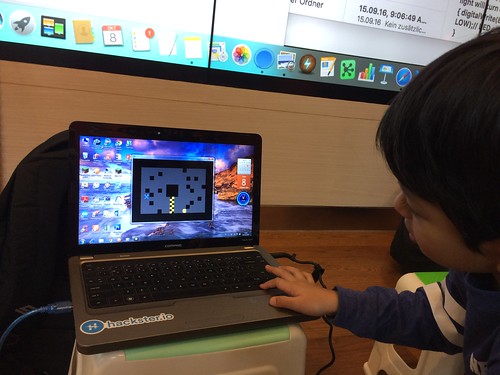 The game is multiplayer, each box can be controlled by two players using different keys 🙂 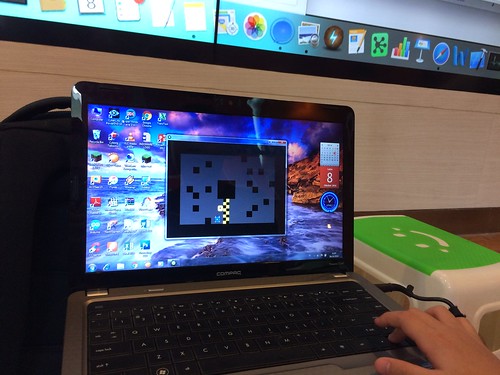 Jundy and Faris were working on Java Programming 🙂 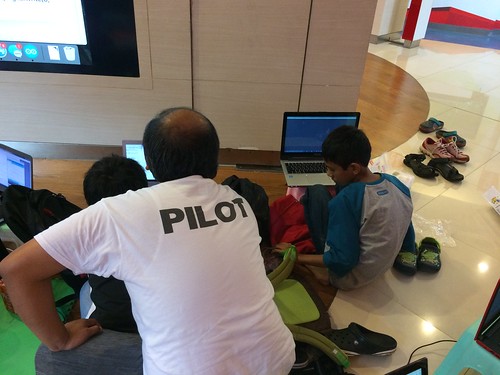 Tyo (on the right) had some problems with compiling (but finally he figured it out 😉 ). Ozan (left) was supposed to do Java Programming but he was still figuring out how to make his LDR and LED work 😀 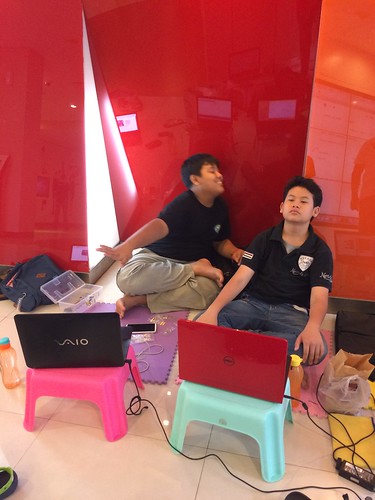 Rafi was on his Blockly mission (the Bird part; a bit annoying but worth the effort 😉 ) 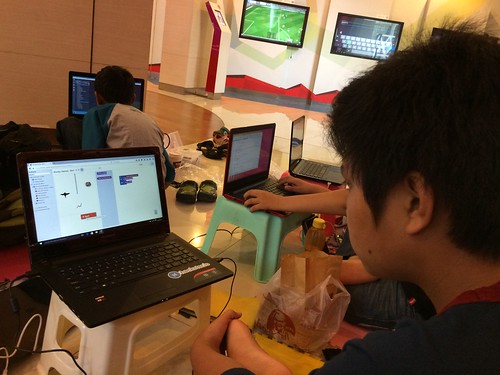 We created a simple password window in Java Applet yesterday 🙂 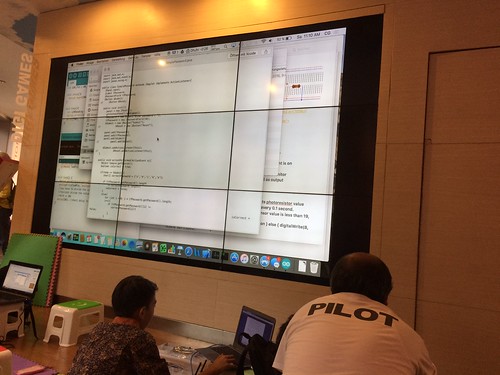 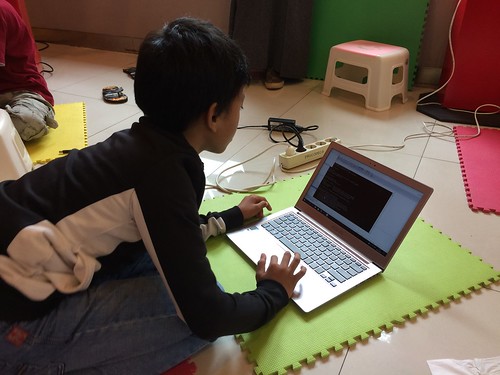 We will continue the Intro for Programming, learn about more game tricks in GameMaker, more textfield and button next week for Java Programming, and create more apps with Thunkable next week 🙂