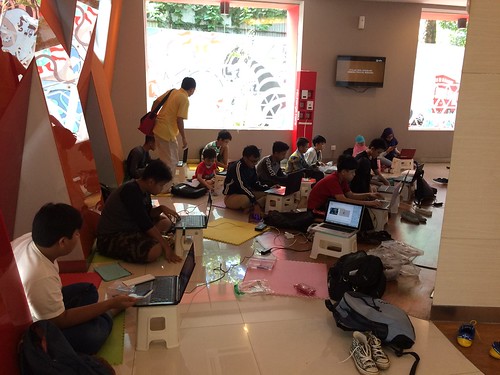 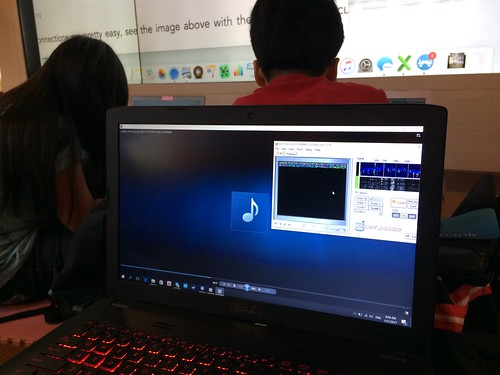 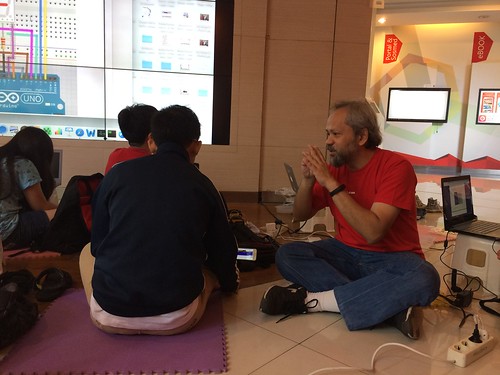 While Ren, as usual, try the latest lesson and test whether it works or not 😀 It is schematic to light up LEDs alternately using two buttons and a shift register 🙂 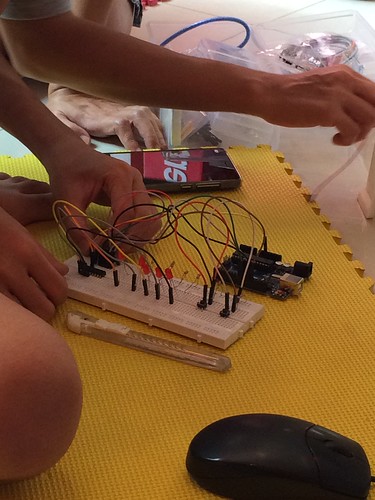 Abit had just joined our reguler class (he joined our coding camp last month :)). Abit is a fast learner 🙂 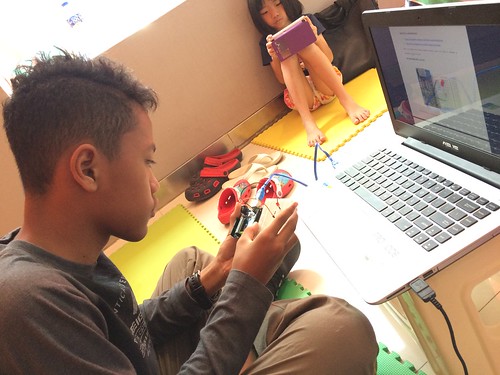 Hello Areli! It’s really nice to have you back! Please be patient with this complicated schematic and long codes 🙂 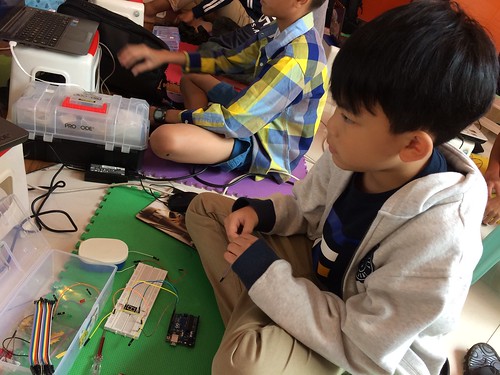 Capt. Malik was given a task to explore gyro for creating air drum prototype 🙂 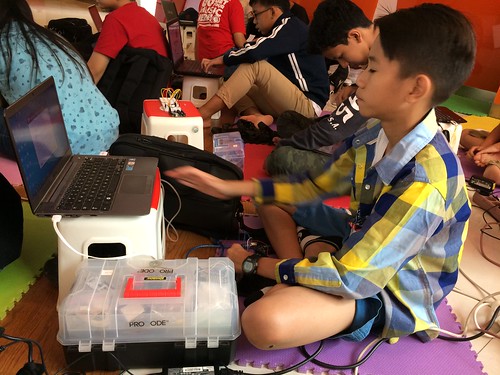 The view of: Vallo having headache and Ren seriously typing the code from the manual on his android phone 🙂 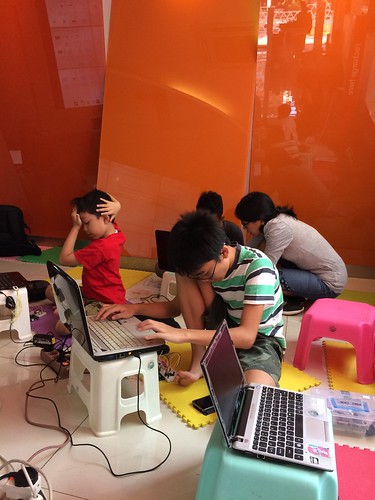 Raul (black shirt) was upset about his not working seven segment with two buttons last week. Today he created the schematic of seven segment that shows numbers entered from Arduino serial monitor 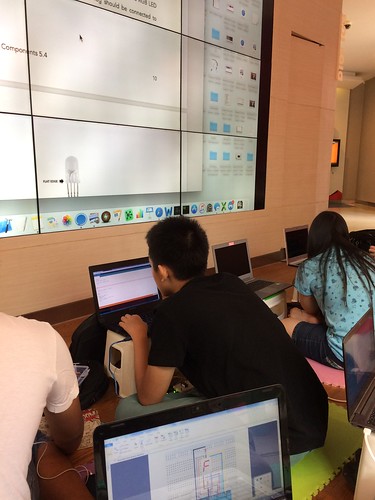 And it worked yaaay 🙂 Raul is so happy 🙂 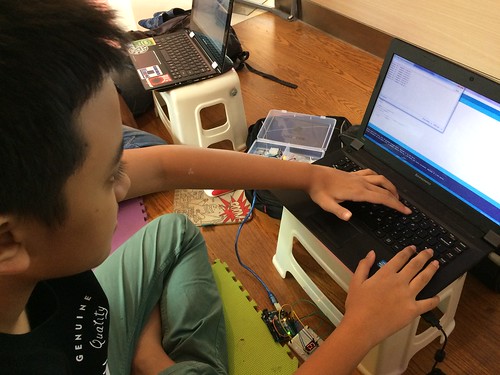 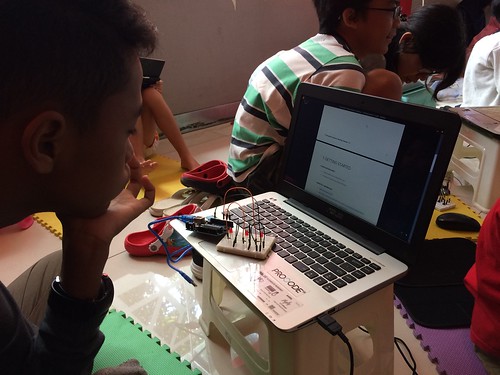 Farrell and his SSTV,  reading radio signal and convert it into data 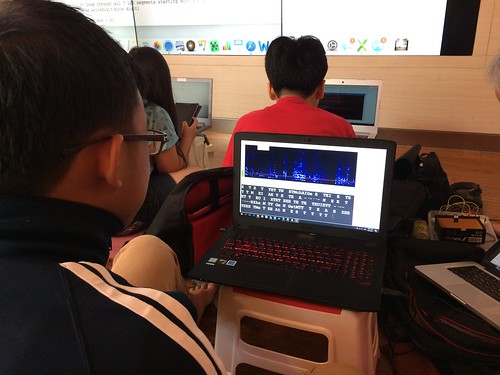 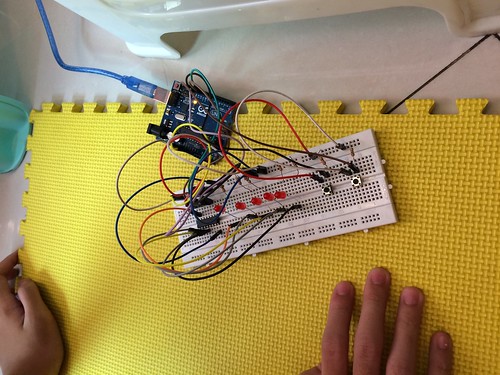 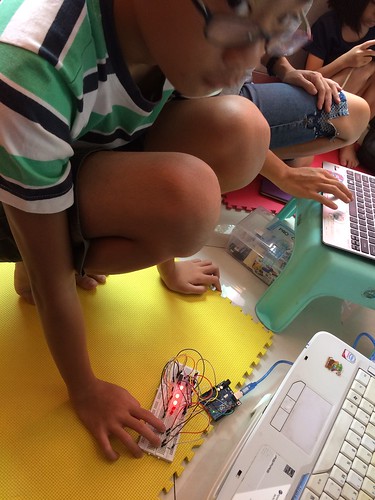 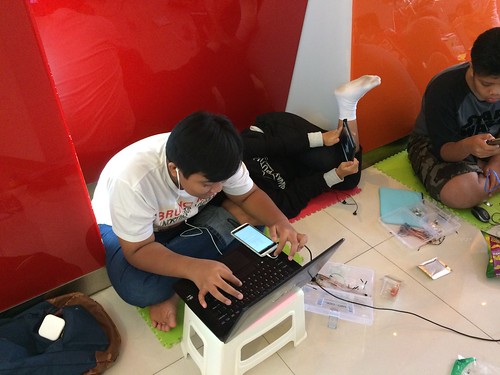 Rafi started from the very beginning about Arduino today, to make sure he understands the required theory to get started 🙂 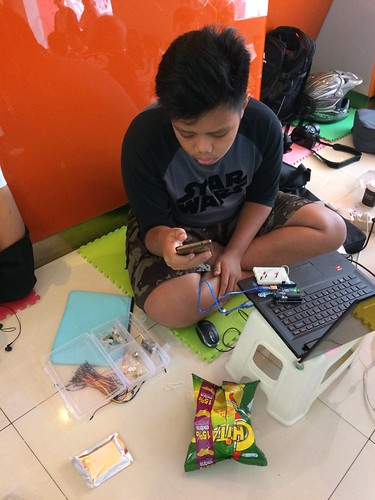 Clarence came up with his wifi and Espectro project 🙂 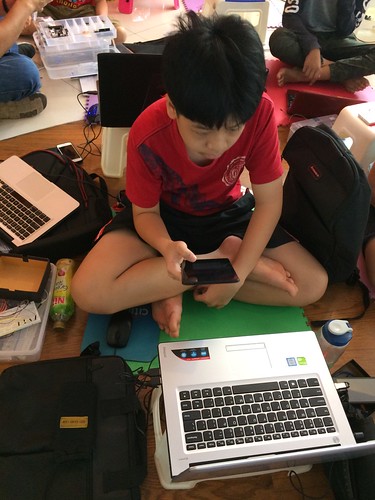 Areli and his schematic. Kids tend to dislike seven segments wiring because it looks complicated with all the wirings 🙂 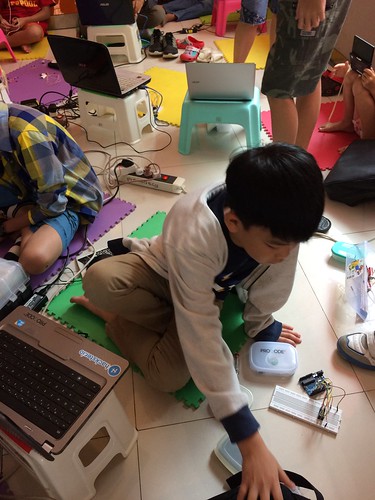 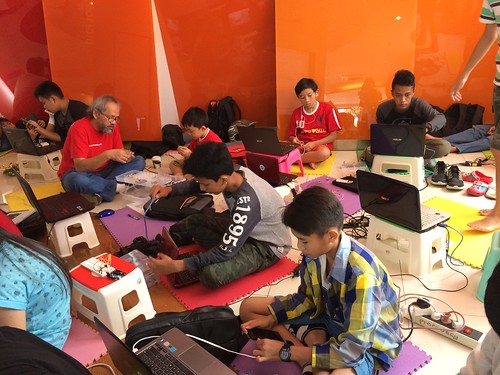 Capt. BR teaches Vallo about components and how they actually work 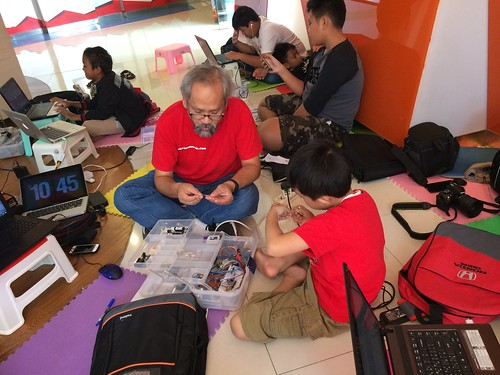 And Vallo starts the seven segment with two buttons schematic 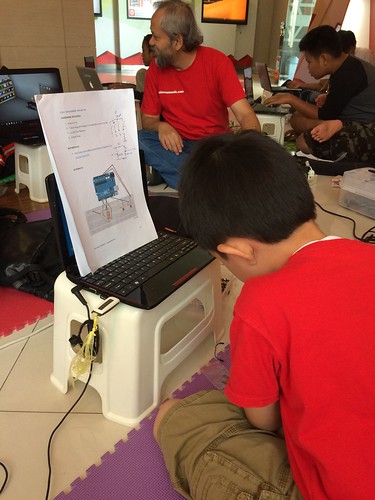 Rafi looks so excited about his multiple LEDs 🙂 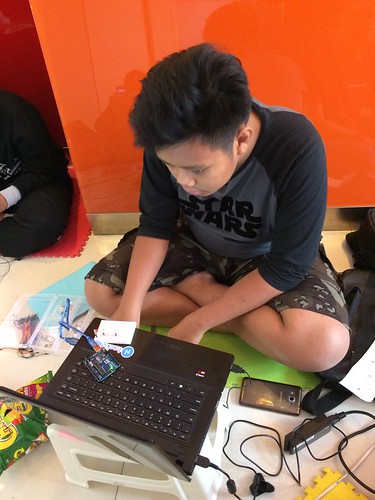 Capt. BR shows Vallo how to use ProCodeCG Button 🙂 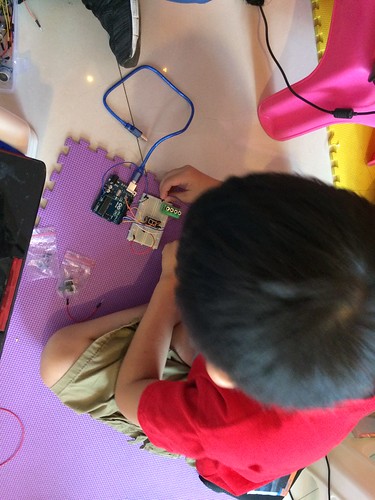 Heeey, Capt. Reza glad to have you back! Reza is a very focus and persistent kid. He wouldn’t stop until he makes it work 🙂 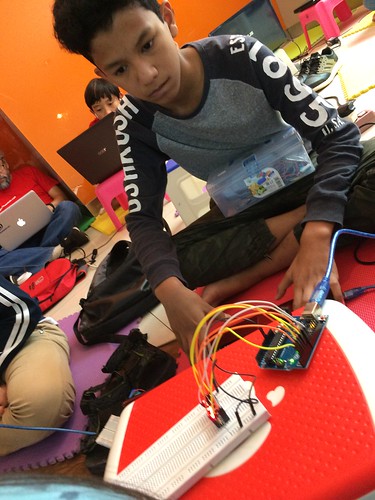 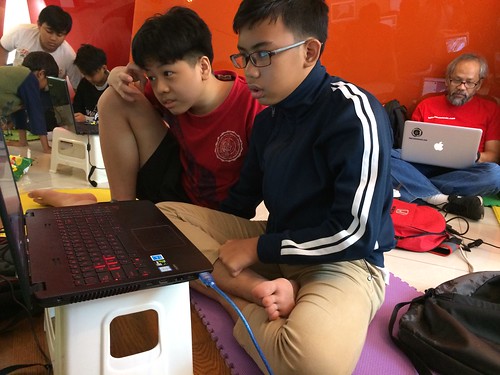 The should do this project together 😀 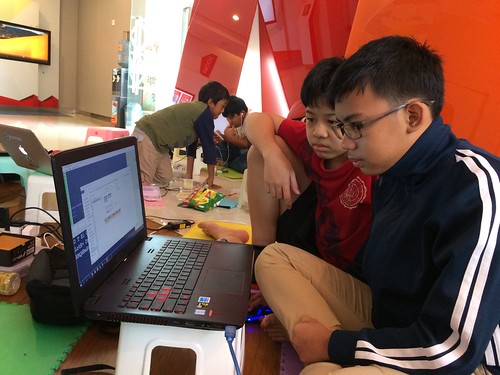 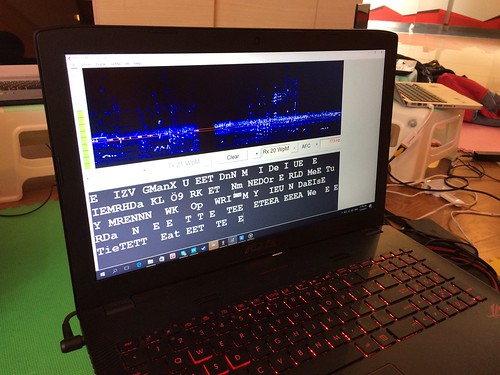 Phew, lots of things going on in this class today, and the success rate is higher than last week 🙂 Hoping to create more interesting things next week 🙂