Finally today! We got the opportunity to have CEO of Kakatu, Muhamad Nur Awaludin (Mumu) to share his recipe of “Building A Great Team to Build A Great Product!” 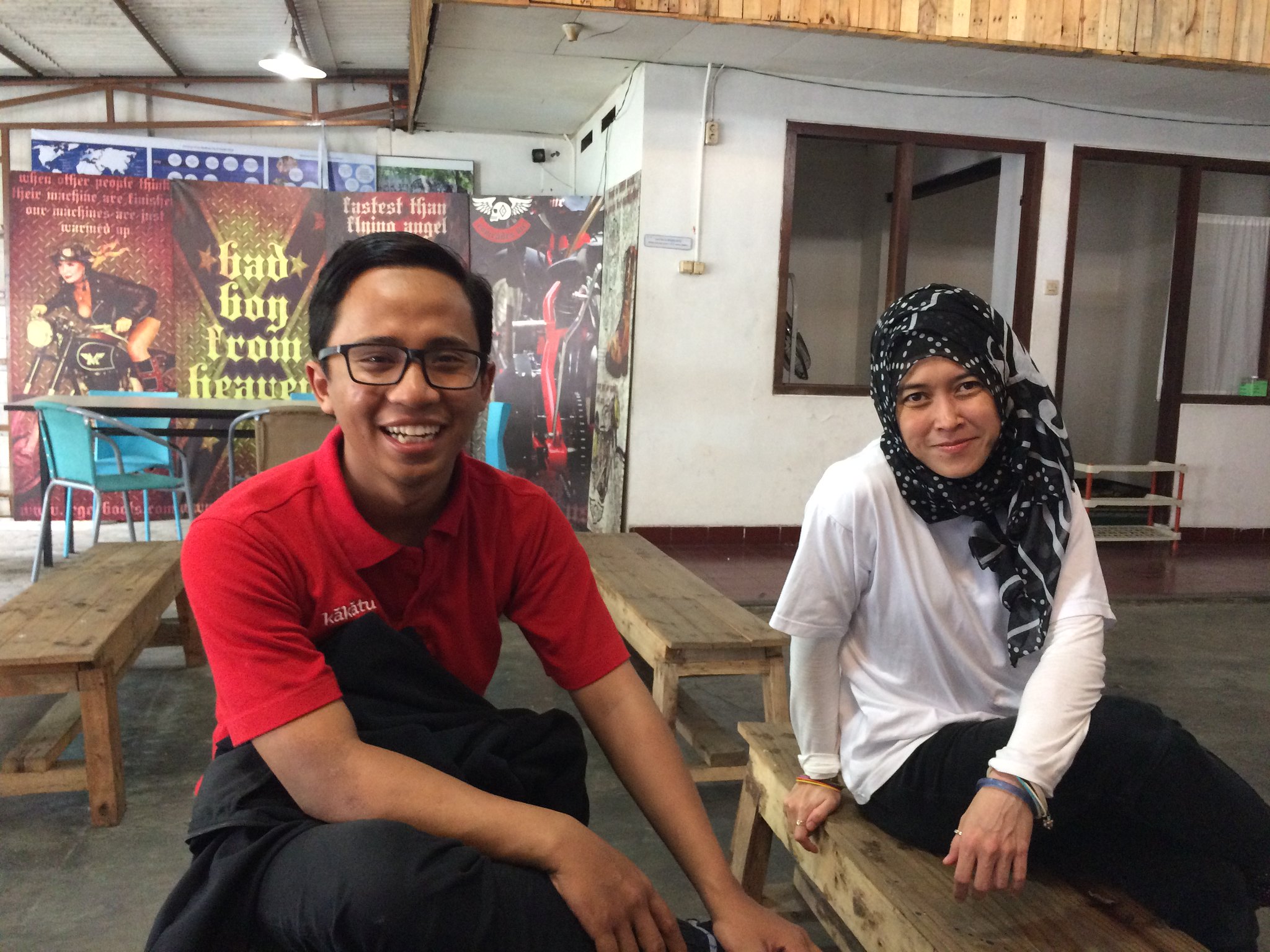 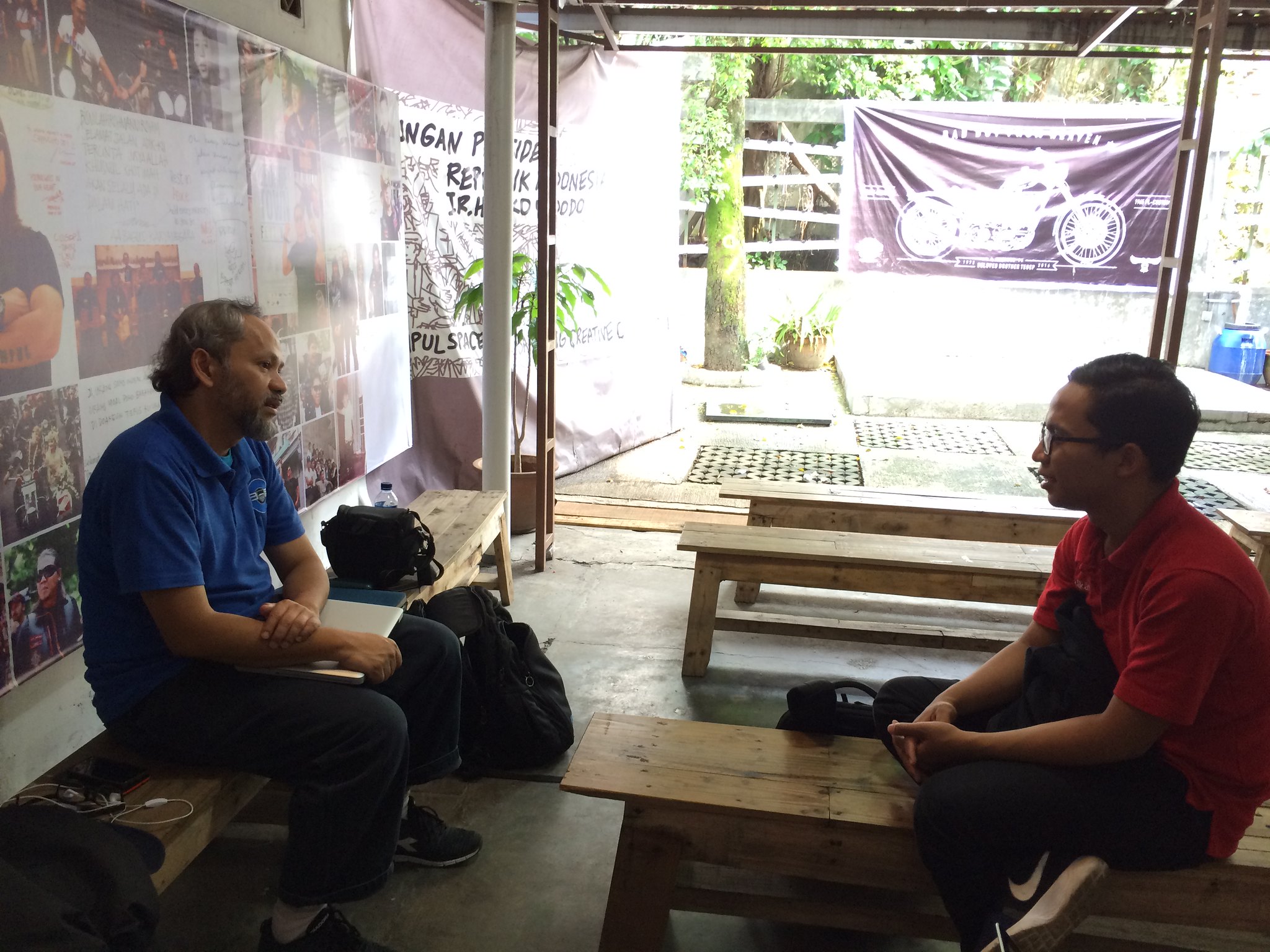 Kakatu, is a digital protection for kids 🙂 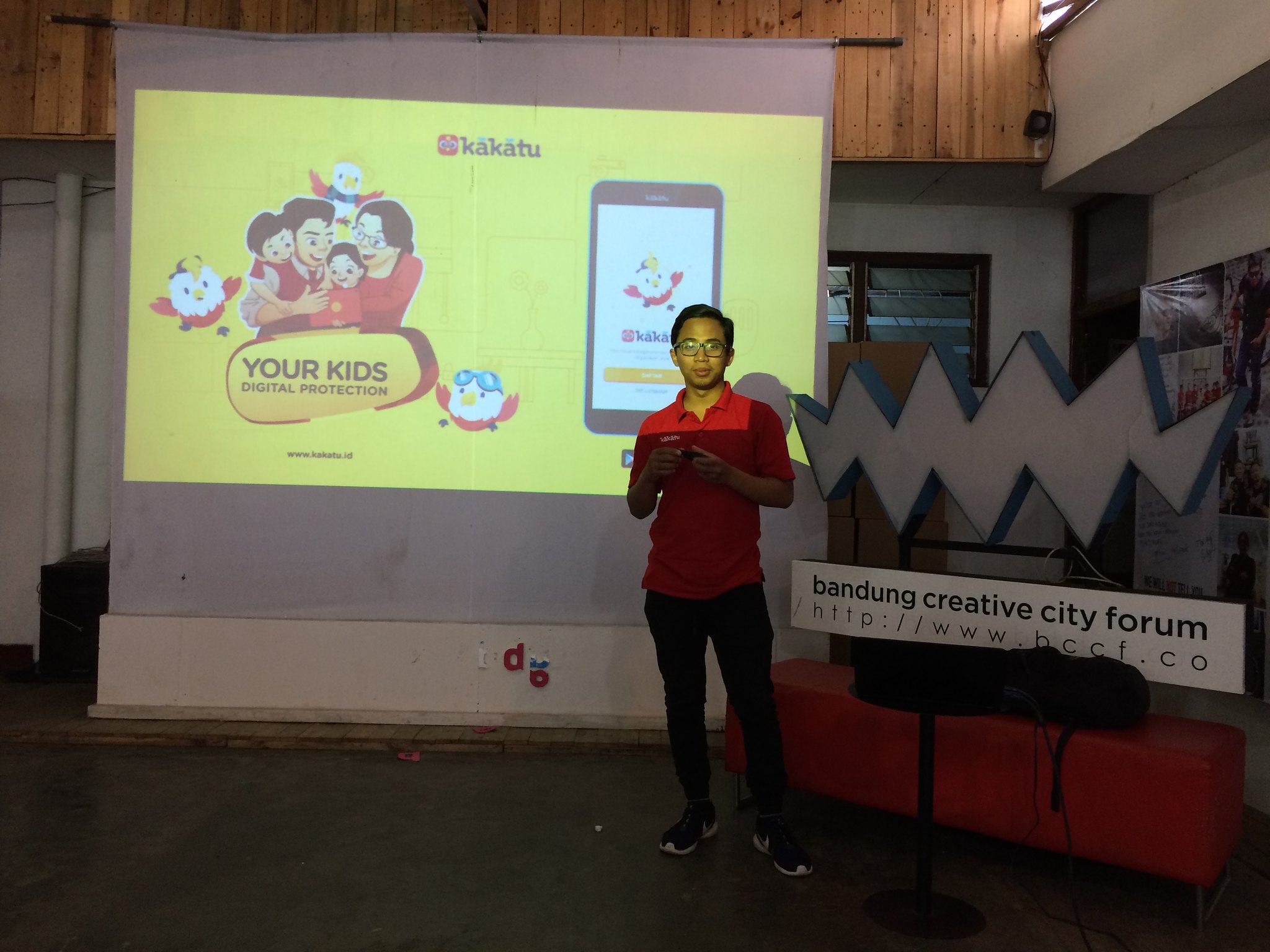 Kakatu has been interviewed by lots of media. It draws lots attentions because the product offers a great solution for parents for controlling and protecting their kids from the bad influence of digital media. 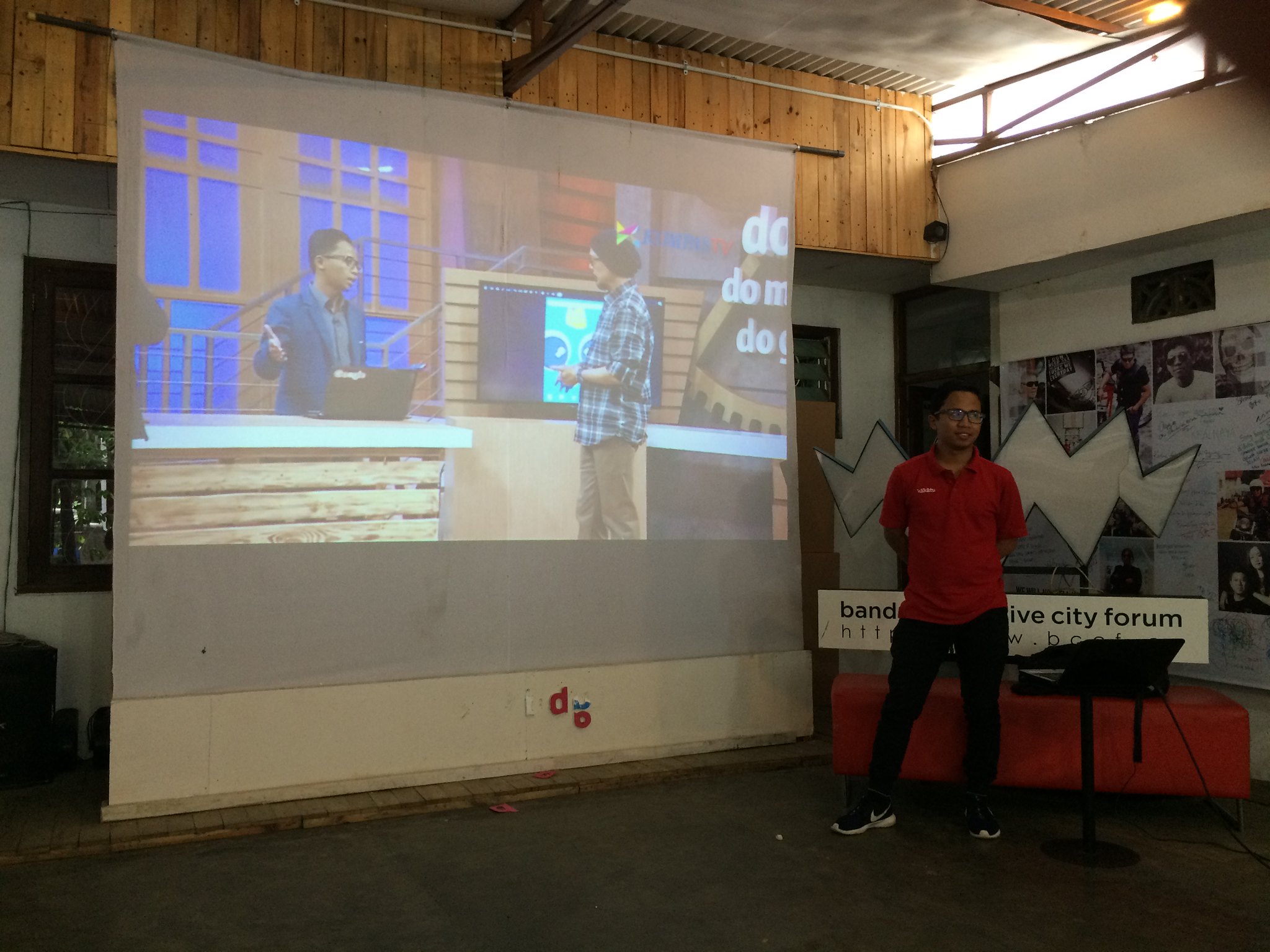 But the focus today was not about the product. It was about “Building a superteam, NOT a superman” 🙂 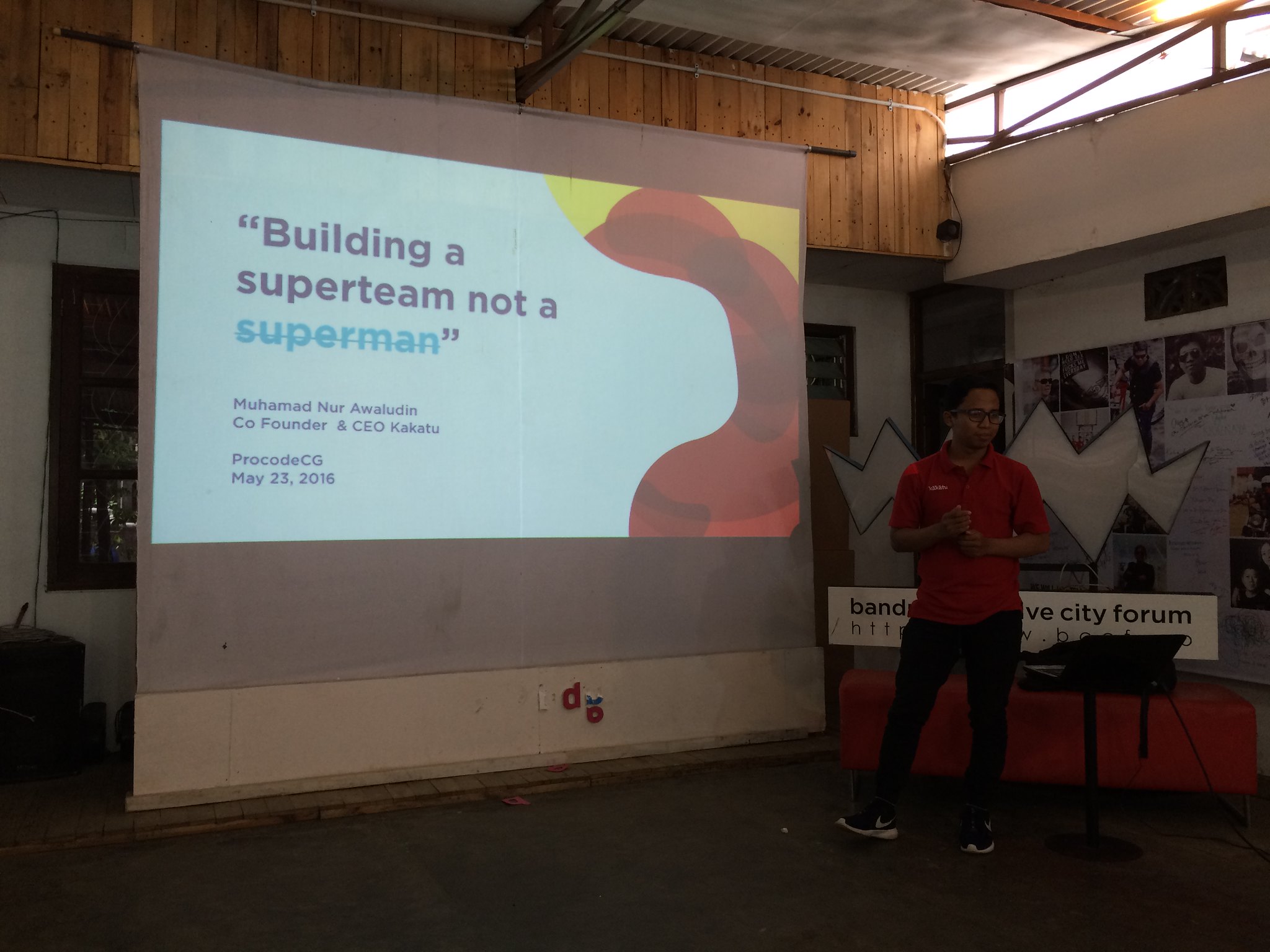 Every startup has its own challenge, including product and market risk. But deep below, under the surface, the biggest problem is the team risk. 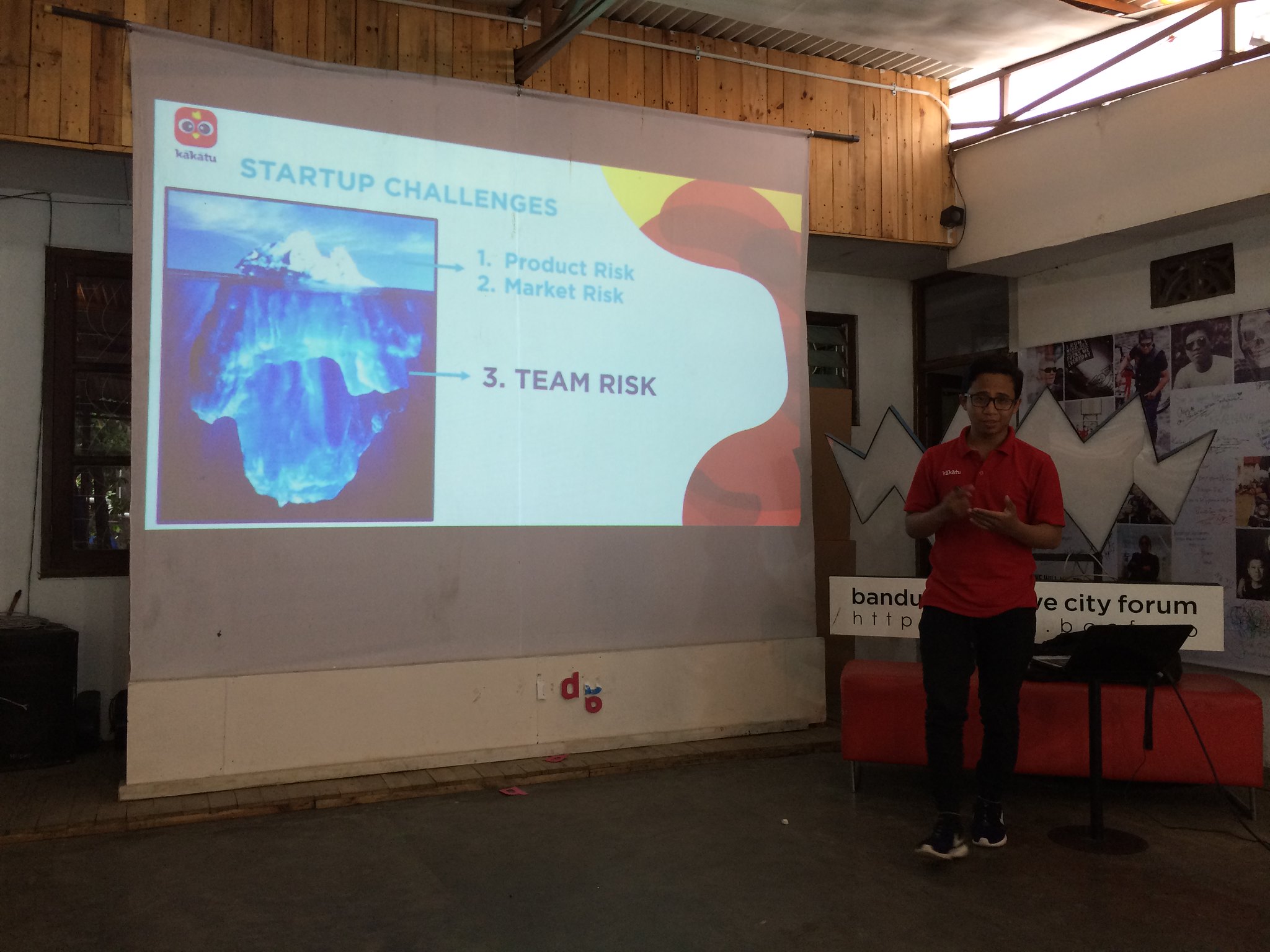 The milestone of Kakatu revealed: since January 2014 until now 🙂 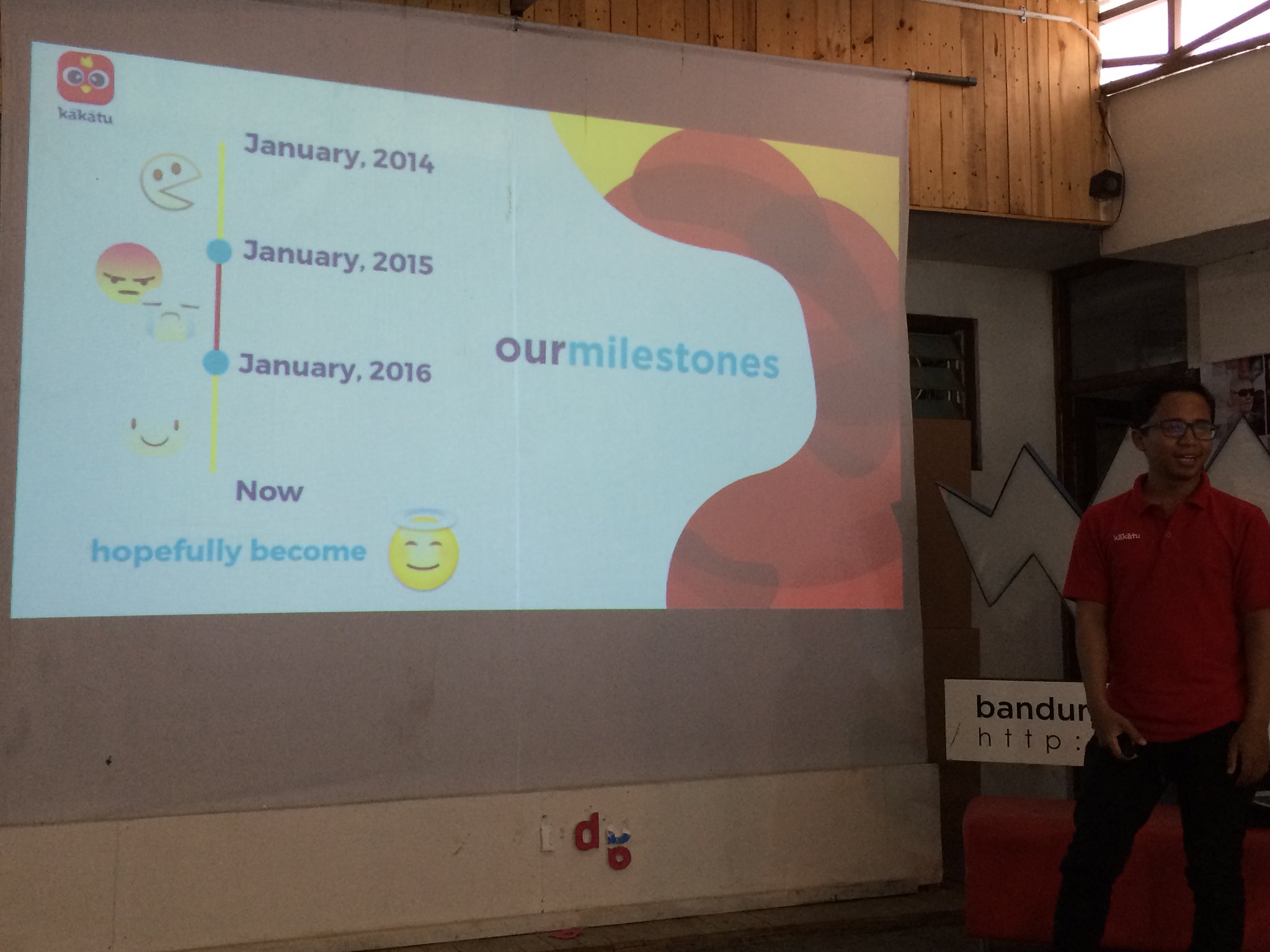 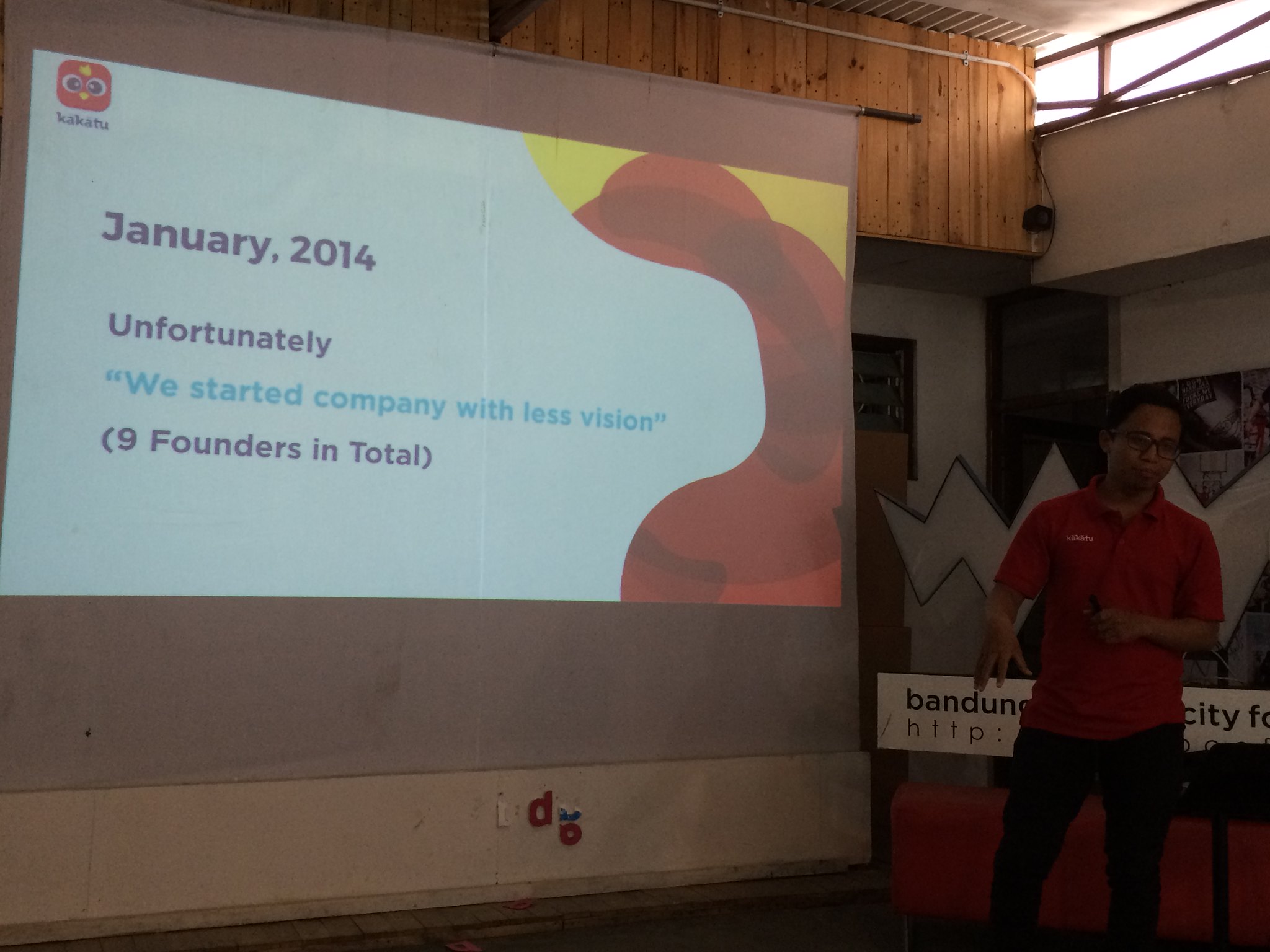 May 2014, Kakatu was among 2 startups chosen by Indigo Incubator 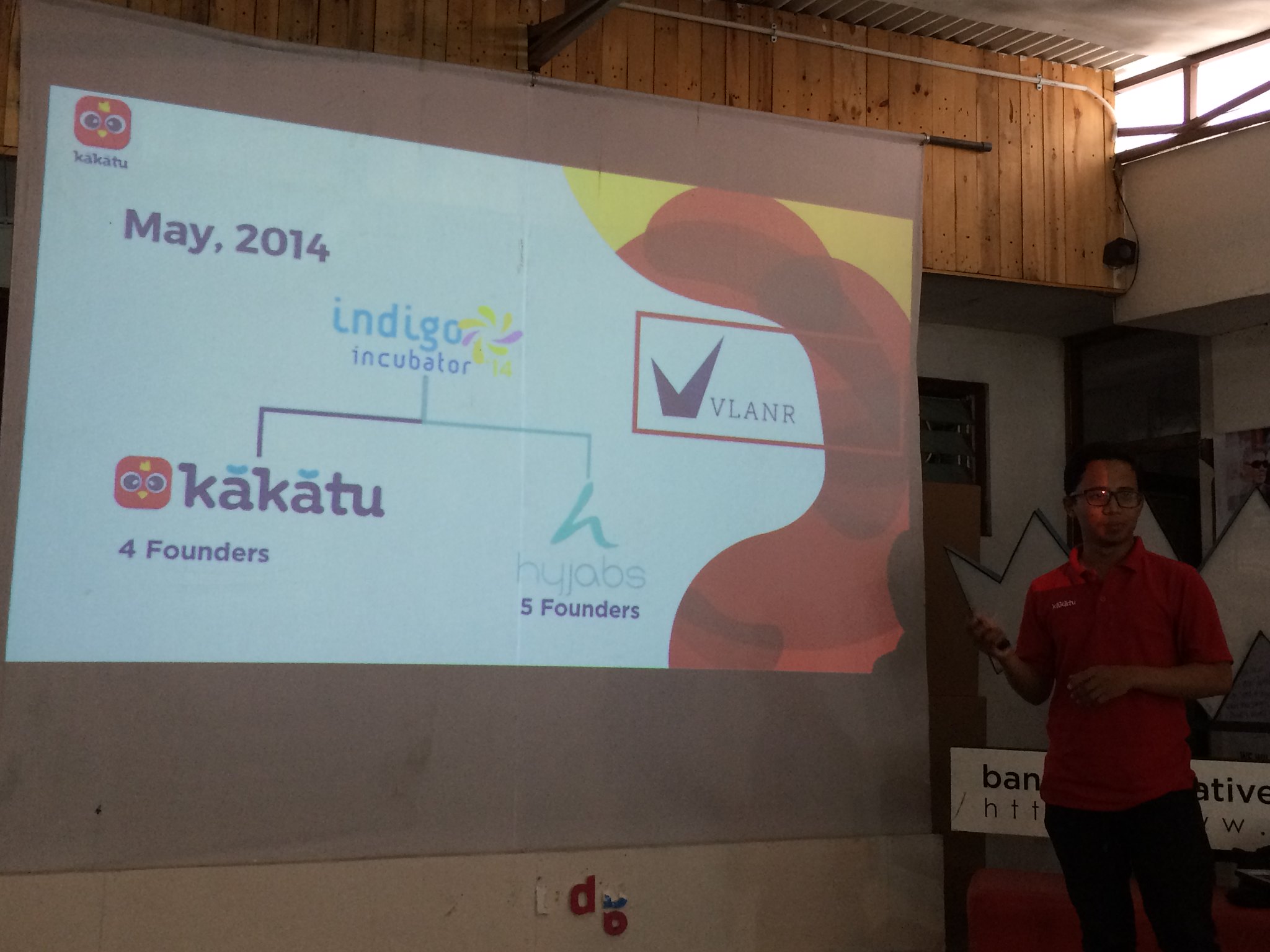 The CEO was a CMO back then 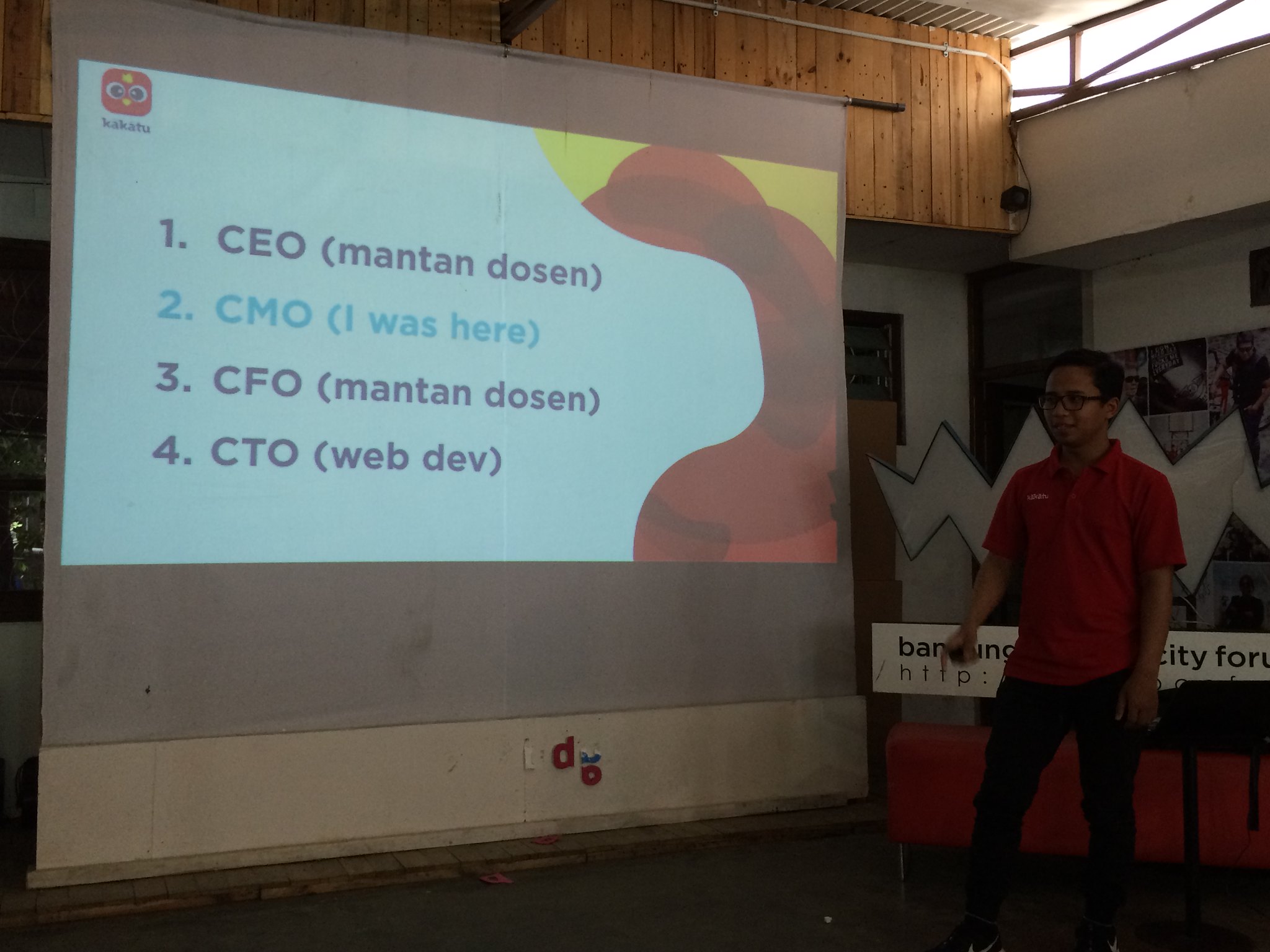 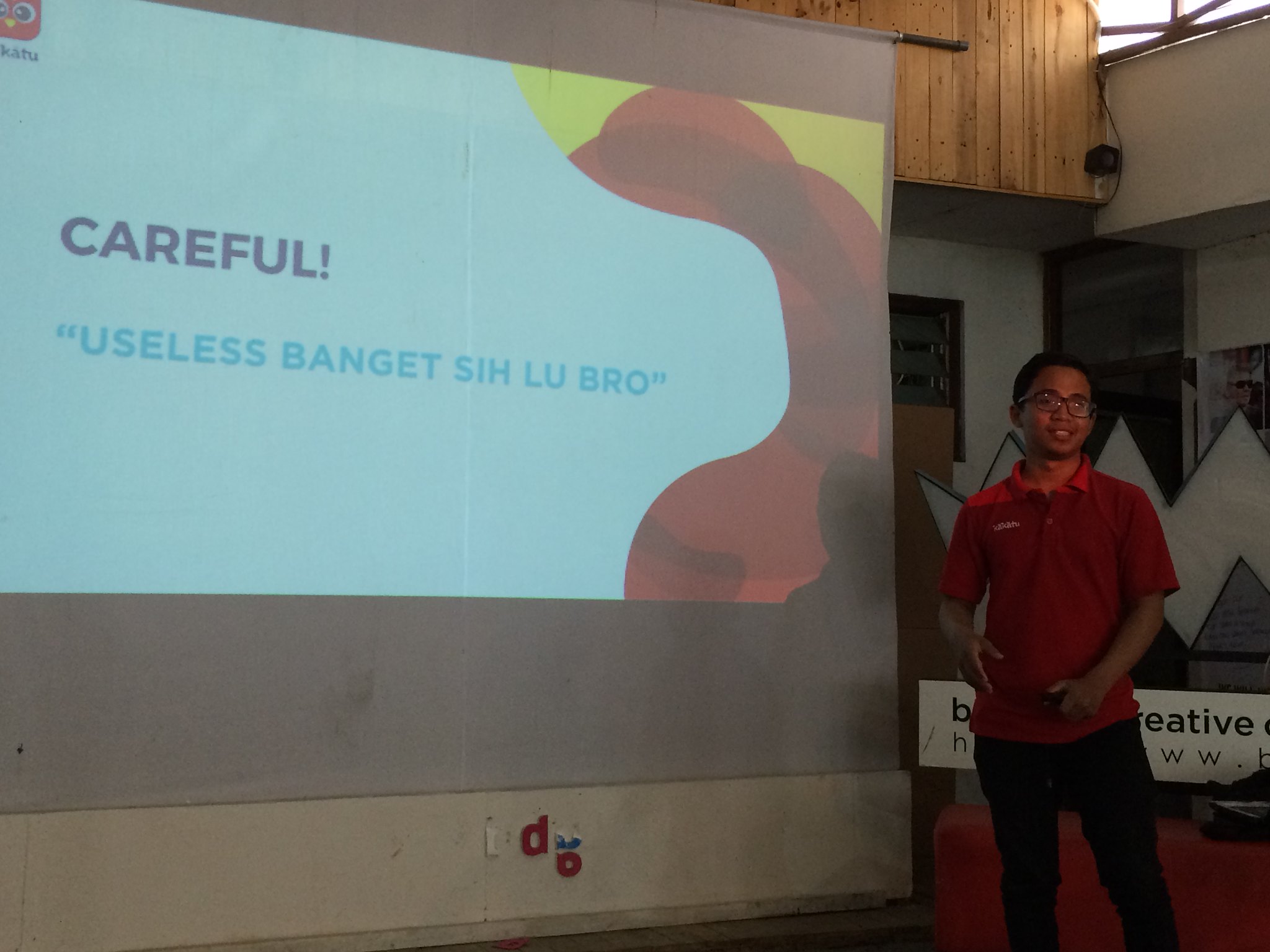 Things getting worse, on Dec 2014, one founder left Kakatu 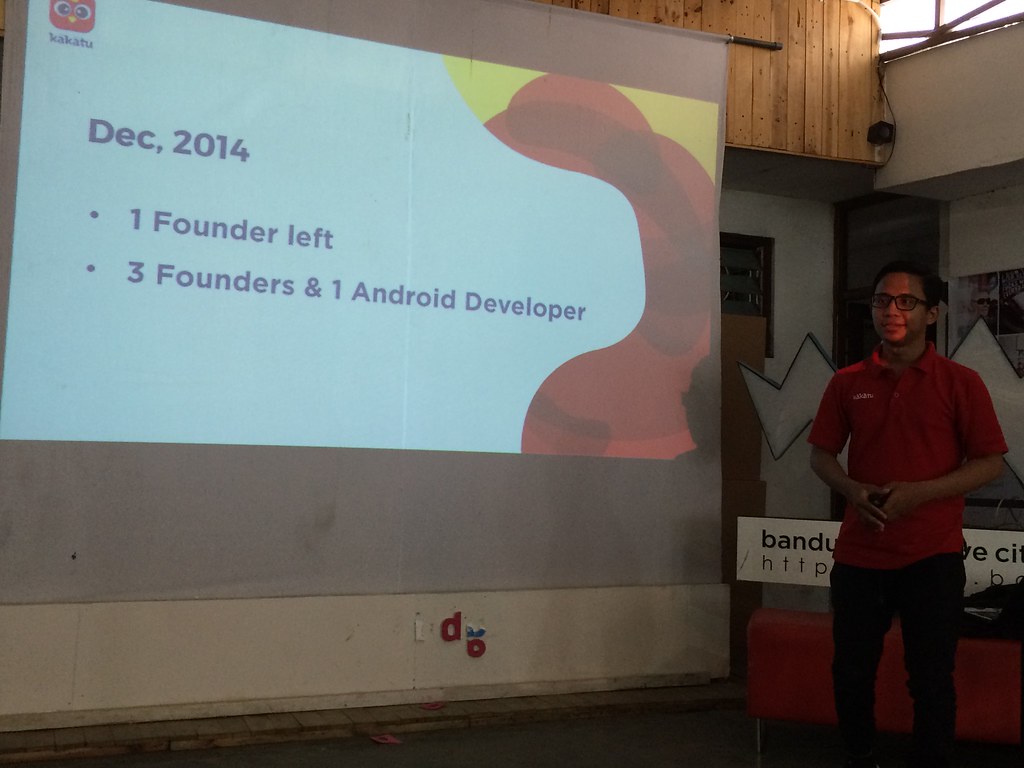 so Kakatu was restructured on May 2015 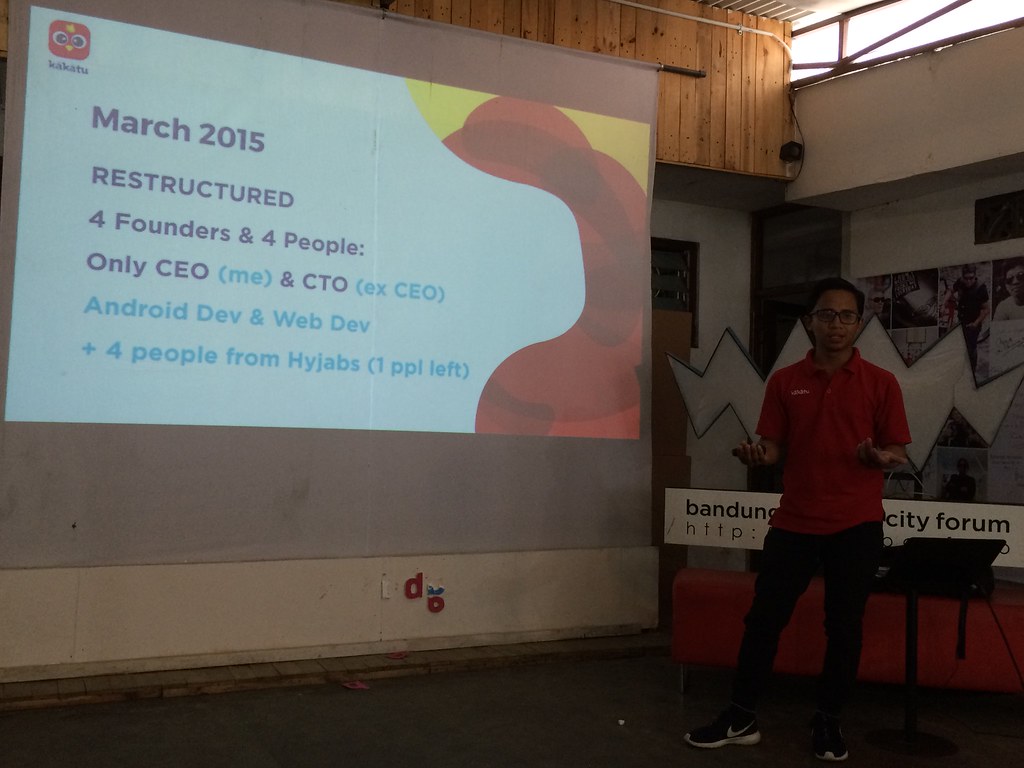 That was when the CEO started to think that he need to share his vision and mission with the whole team. 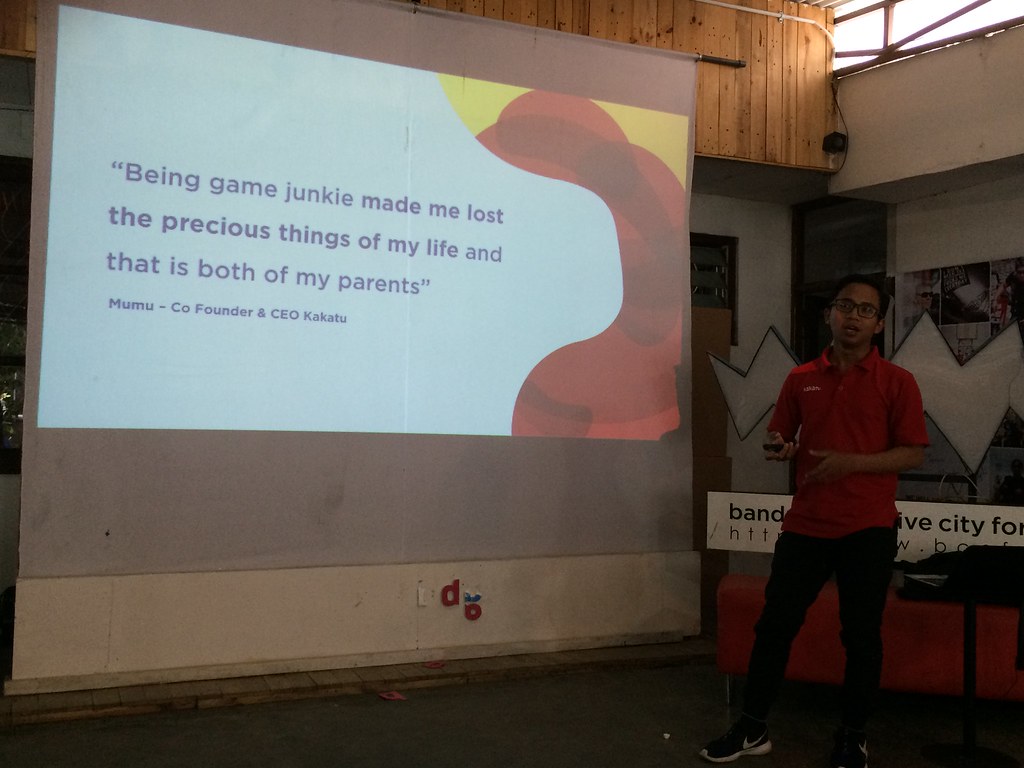 June – Oct 2015 was like hell for Kakatu because the leader had been so busy doing pitching and competition without taking care of the team. 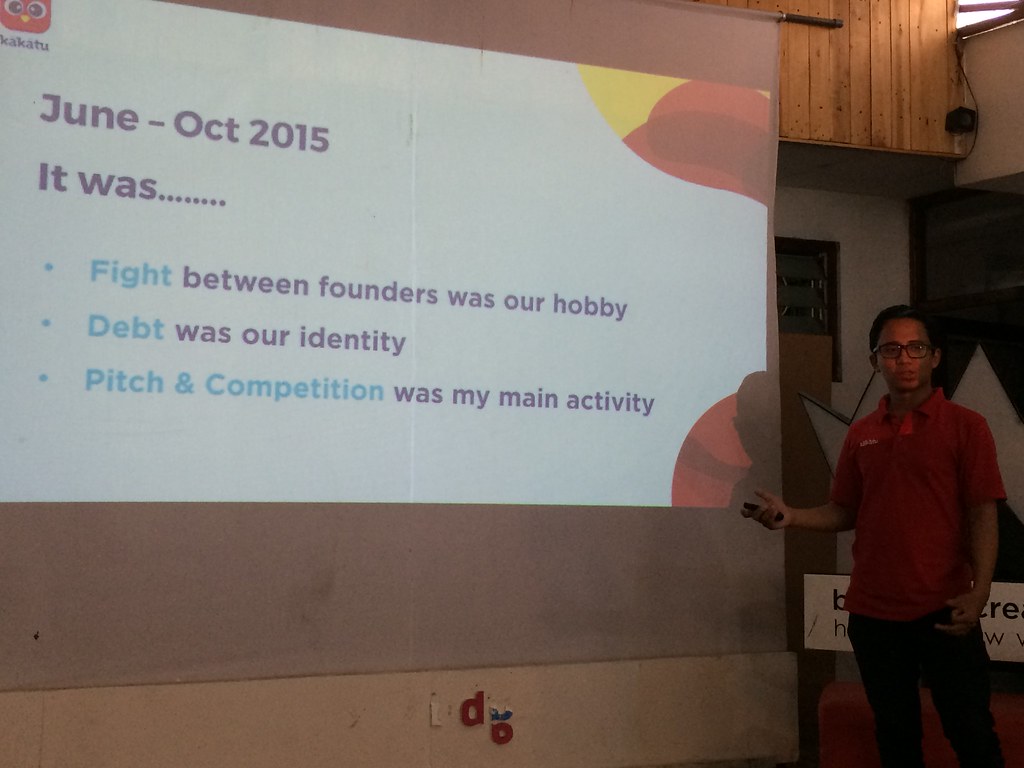 And when Kakau decided to do one last competition, it won! 🙂 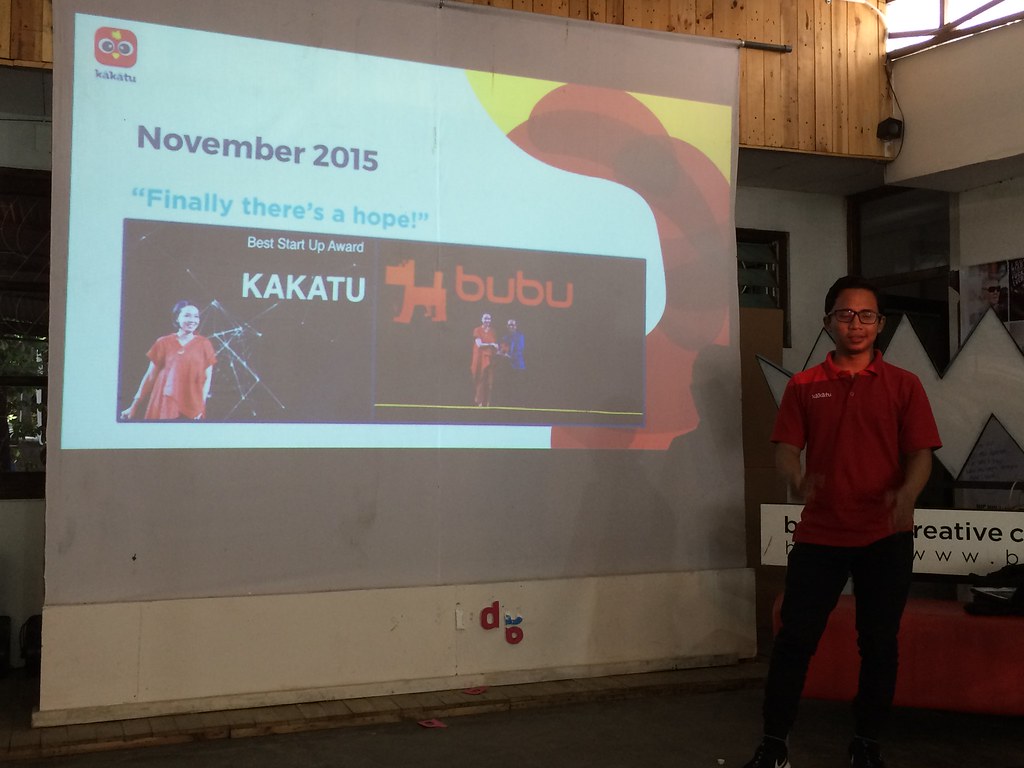 On Dec 2015, Kakatu decided to focus on product. Which was a bad idea too. 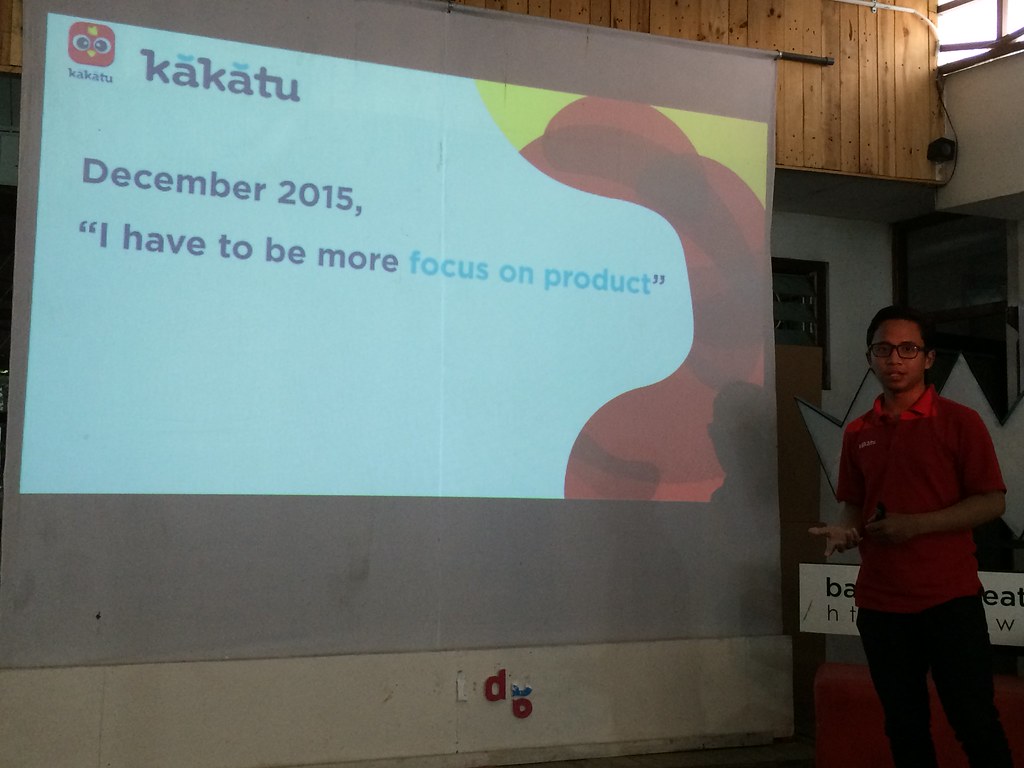 Because the right thing to do is to take care of the team! 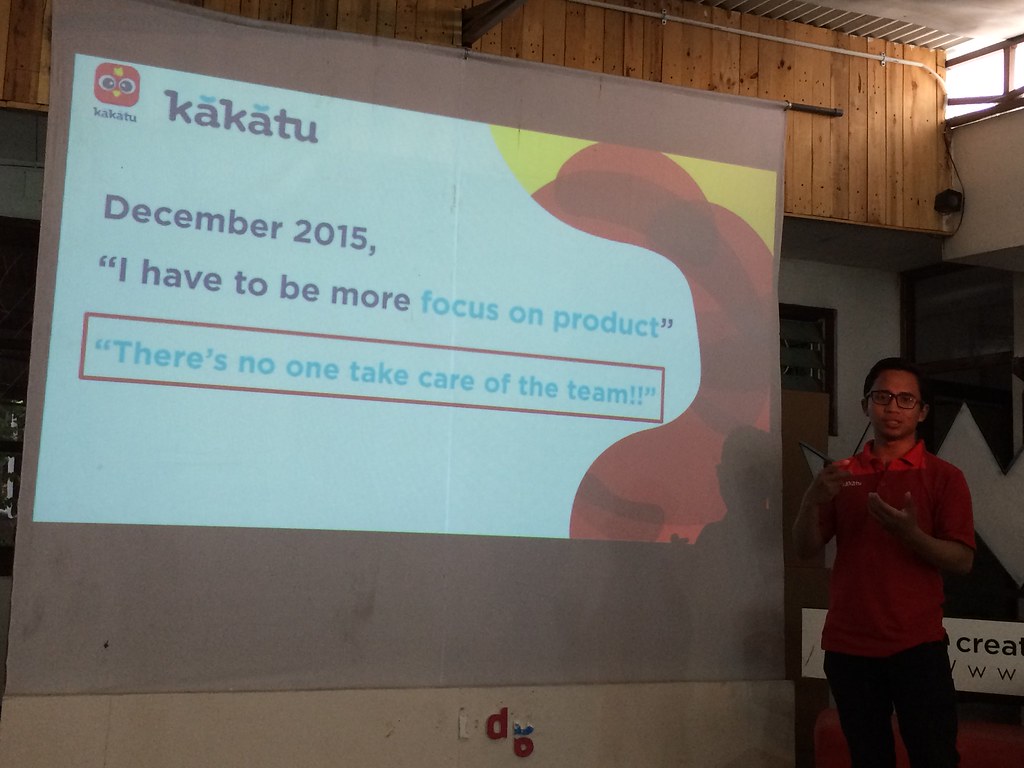 Jan 2016, Kakatu was invited to Launchpad Accelerator by Google that gave so much impact and insights to Kakatu. 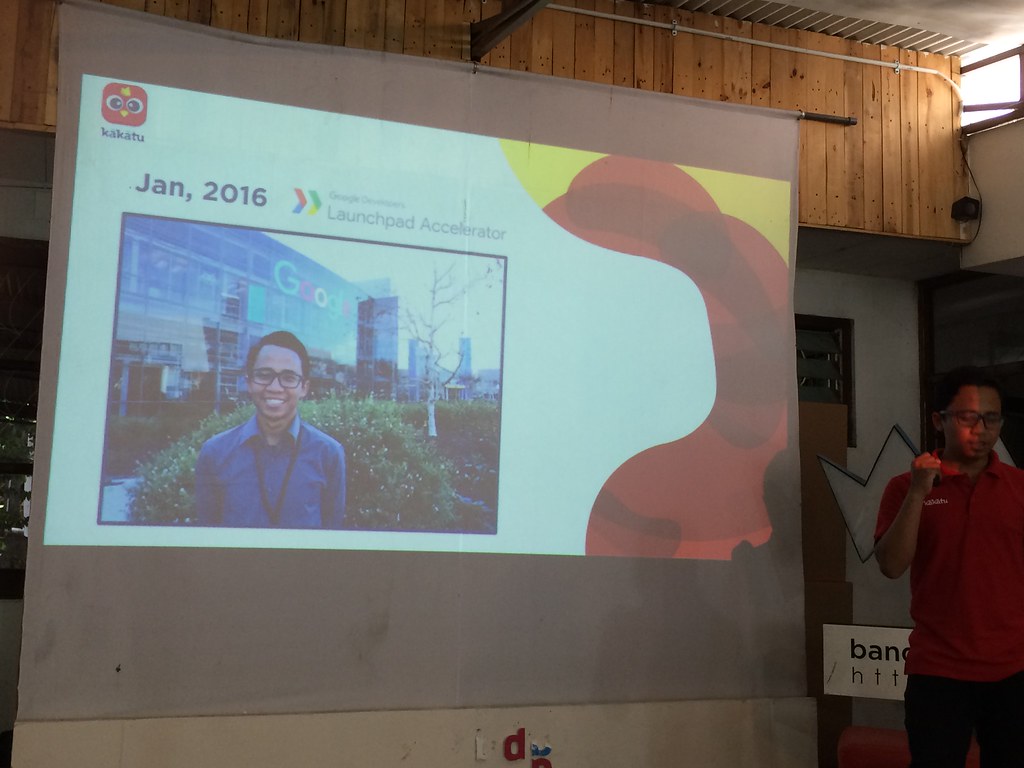 So starting March 2016, CEO said that CEO have to focus on the team than the product. With the “E” stands for empathy, encourage and (think about) everything. What a great philosophy! 😉 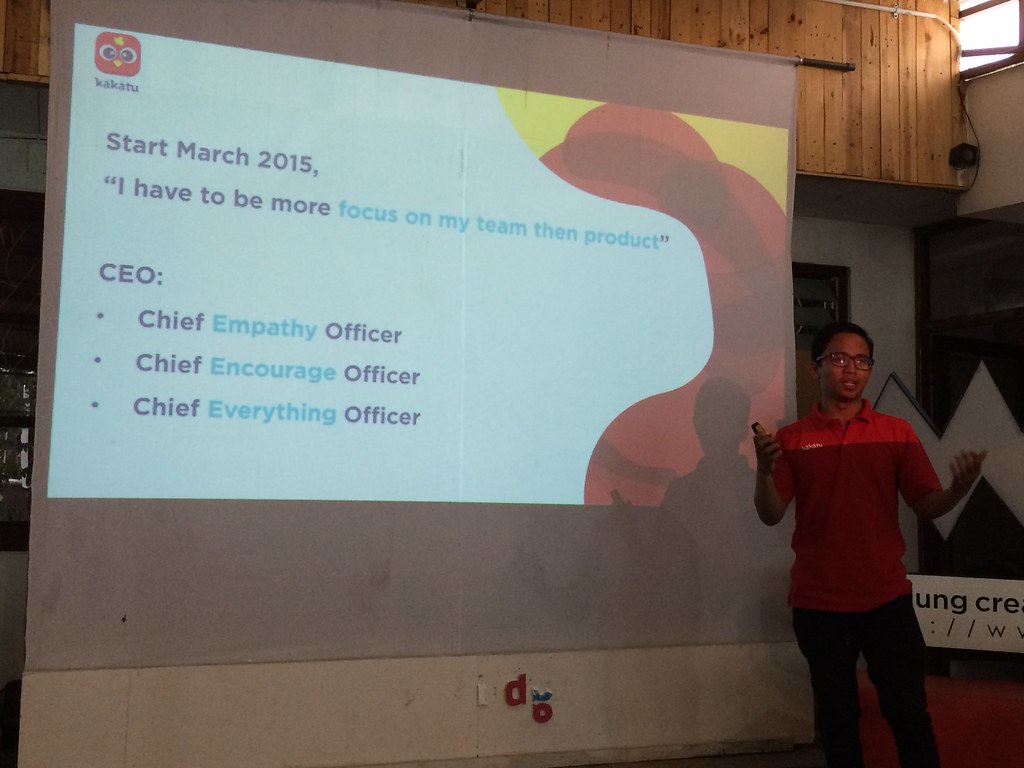 And it was time to redefine the vision and goals. He spent more than a week to do one on one sessions with the team. And it worked effectively! 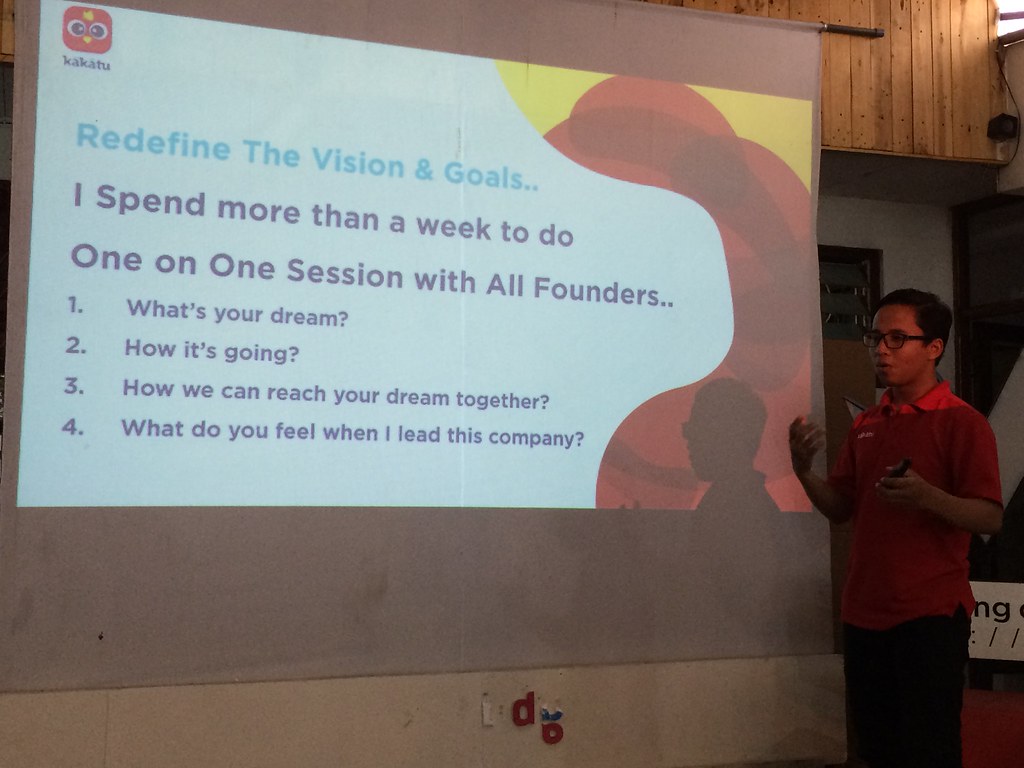 Now Kakatu shared goals between team members, that keep them stick together 🙂 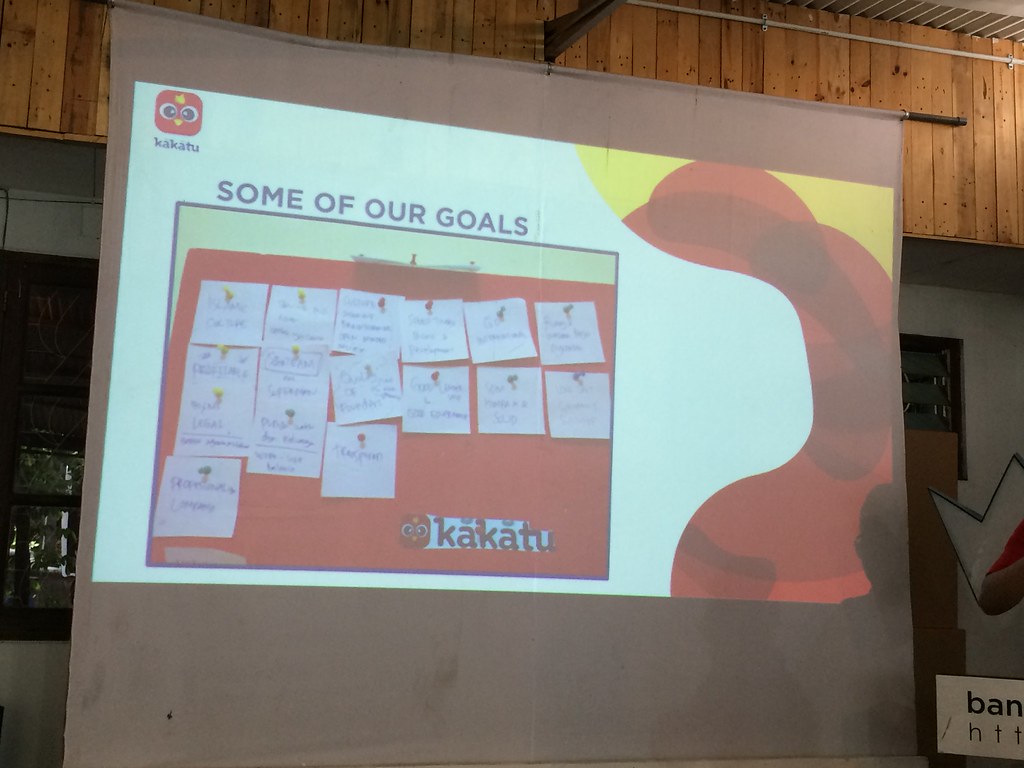 April 2016, Kakatu joined some prestigious events and expand its knowledge 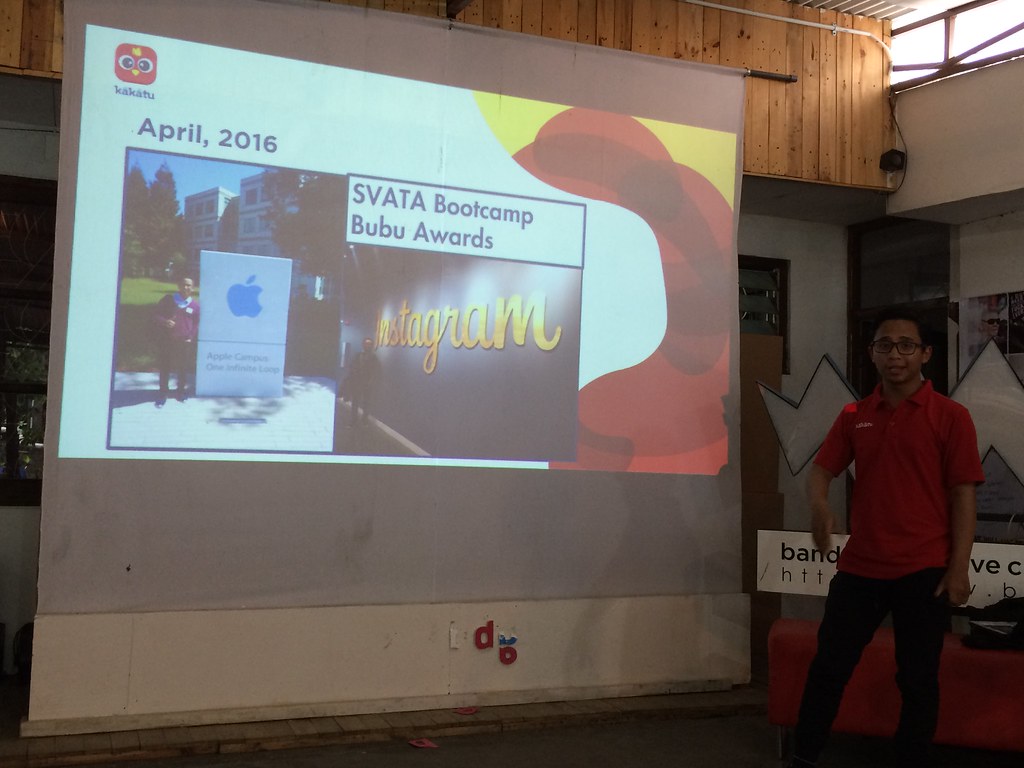 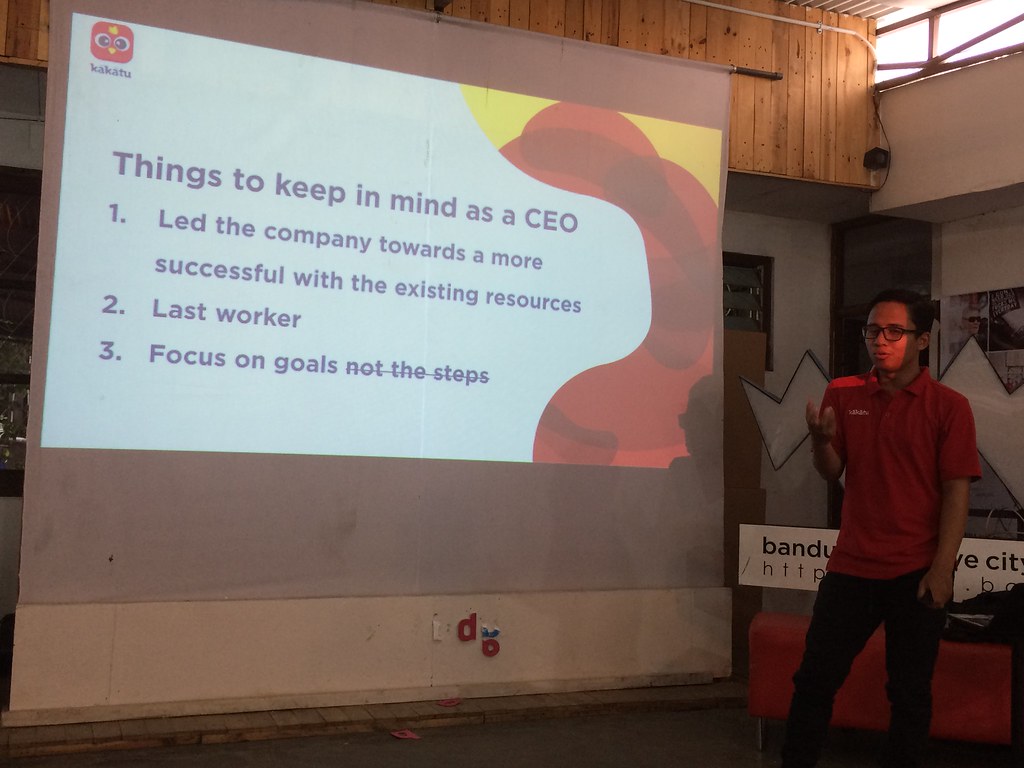 It starts to develop good culture for the company 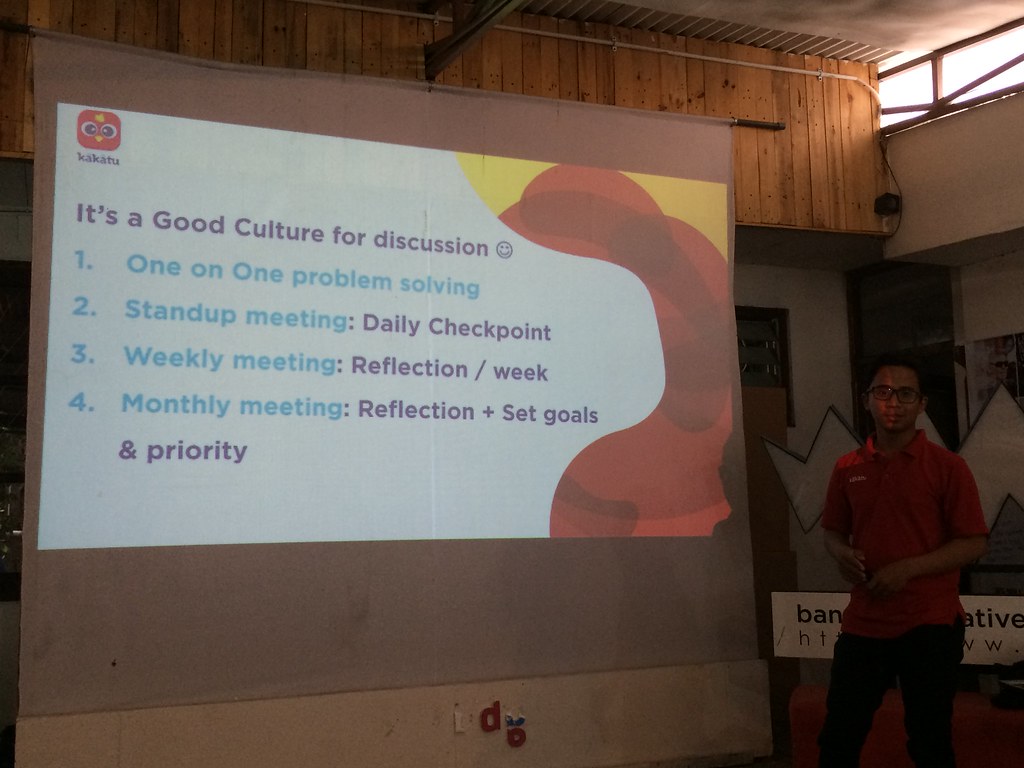 And by having a great and solid team, hopefully Kakatu will go far! Not just fast 🙂 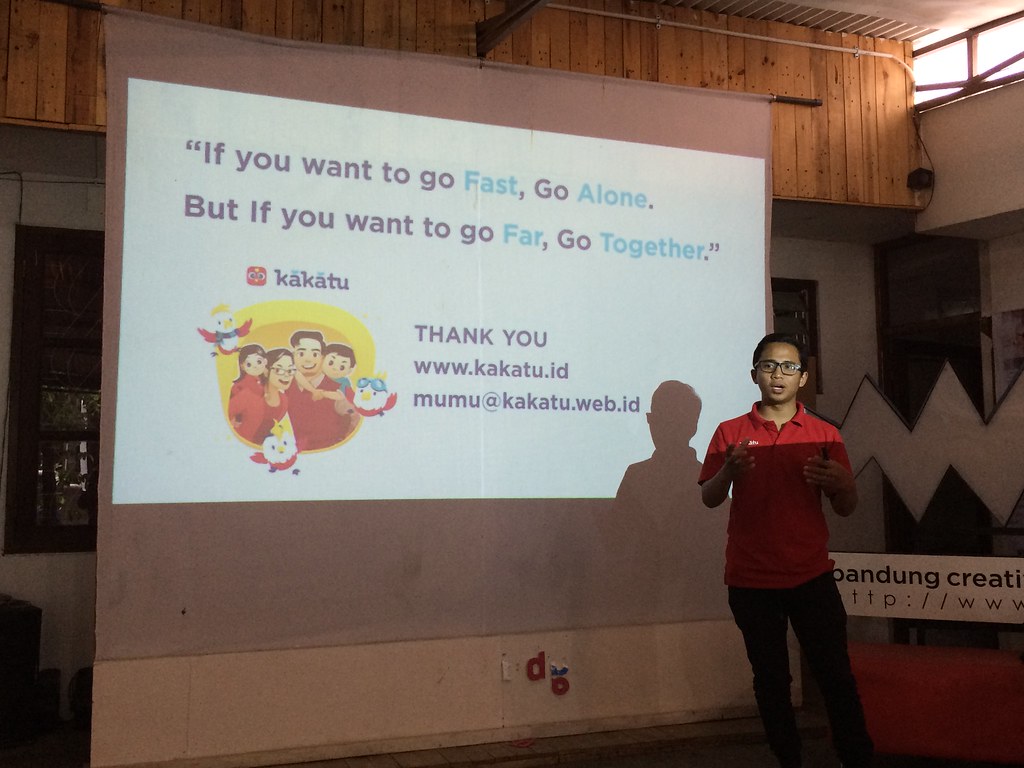 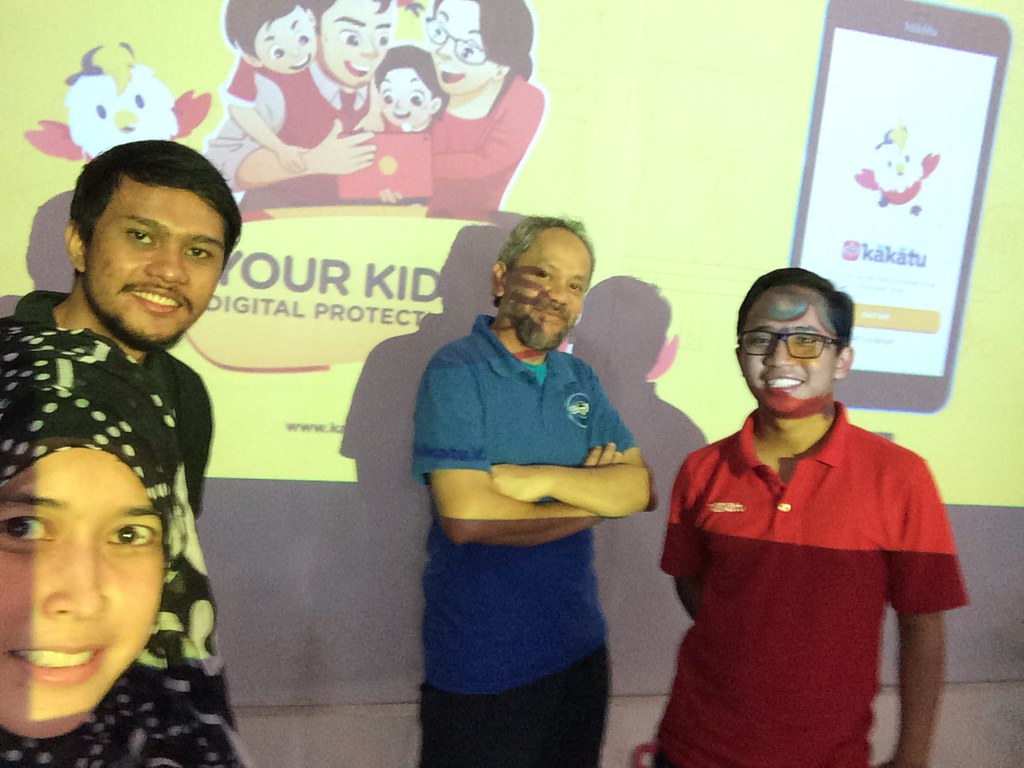 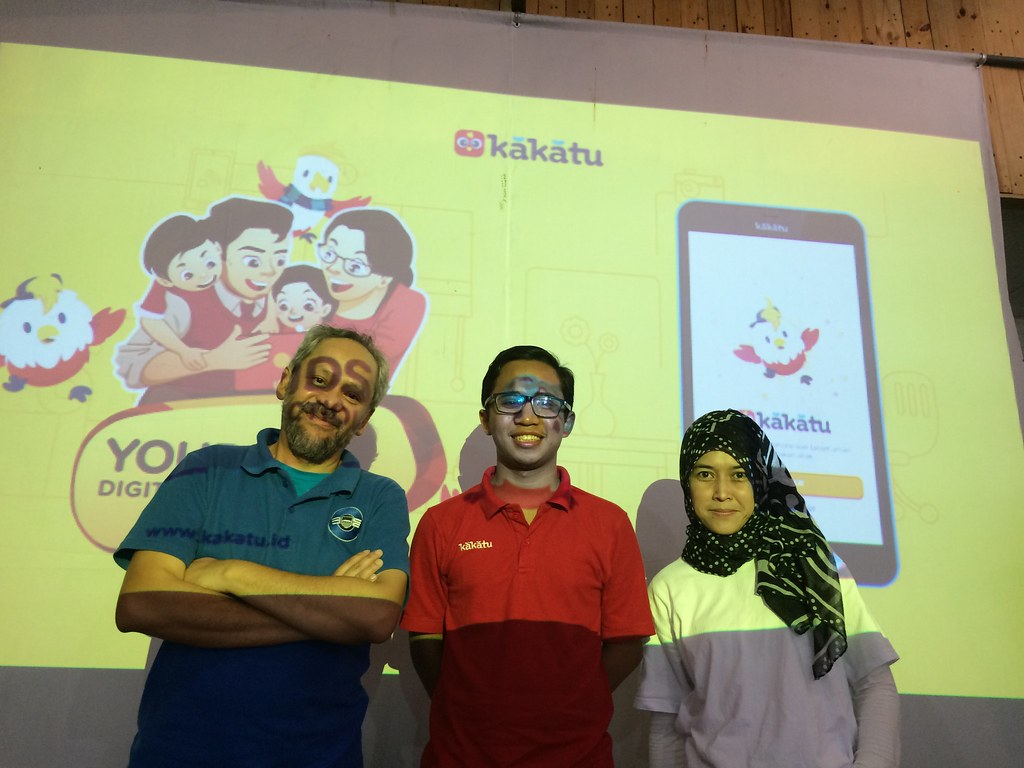 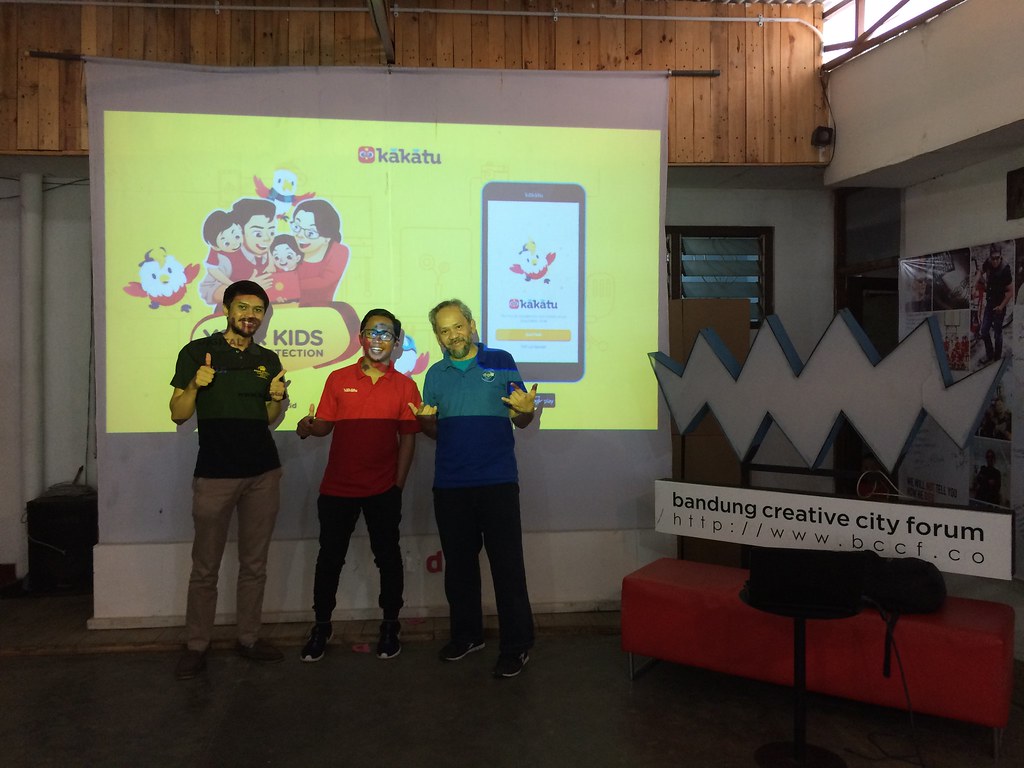 You’ll never know how many things we have learned today from Kakatu! Too bad you didn’t make it here! 🙂